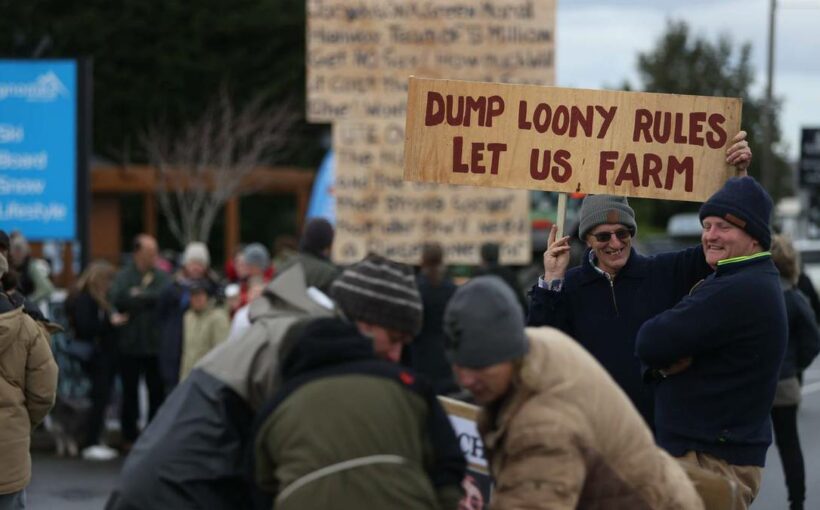 Like many of my generation, I spent countless hours listening to the enchanting wailing of Alanis Morisette. Anthemic singer/songwriter star from the late ’80s and ’90s, Morisette wrote such classics as You Know and Head Over Feet. Most impactful, however, at least to anyone who studied high school English over those years, was her song Ironic.

Back in those days, before the proliferation of emojis and gifs, we were expected to know our alliteration from our onomatopoeia and Morisette’s song Ironic spawned many a smart-arse conversation about whether “rain on a wedding day” or “the good advice you just didn’t take” actually constituted technical irony or simply bad luck.

No matter the linguistic exactitudes of Alanis’ song, suffice it to say I still hum it under my breath to this day. Alanis may be pleased to know (or she may alternatively not care) that I’ve been thinking of that song lately as it relates to a couple of events over the last week.

Firstly, the Howl of a Protest, an initiative by a huge number of disgruntled (mainly) rural folks who are feeling embattled by the rate of change emanating from the Government.

The protest saw rural folk in tractors and utes converge on provincial and urban centres to assert their opposition to a number of things: water reforms, attempts to protect our most significant natural areas, the compulsory teaching of Te Reo in schools, no less.

As would be expected, a good proportion of the placards and comments I saw were less a constructive critique of government policy, and more dog-whistling calls that bordered on (and often directly articulated) racist and sexist comments (with a few of the usual “Taxinda” comments to really double down on misogny.)

What could possibly have been a good way to engage the broader community in a valid debate on Government policy, ended up being simply another example of the rural/urban divide and a chance to further embed some stereotypes that really don’t help create a cohesive society.

One of the issues that really galvanised the rural population, and their SUV-driving urban counterparts, into action was the so-called ute-tax. The “ute tax” is actually a scheme that seeks to encourage the move to alternatively fueled (and, therefore, less climate impacting) vehicles. In practice, the scheme sees full electric and hybrid vehicles attract a rebate, that will be funded via a fee added to the price of newly registered highly emitting vehicles.

In practice, this means that gas-guzzling vehicles, such as the ever-popular Toyota Hilux and Ford Ranger, will cost more while Nissan Leafs (or Teslas for those who can afford them) will cost less.

Now those impacted by the clean car scheme could well have a rational argument given that low emission utility vehicles are not yet available. While there are many electric alternatives to motorbikes and quad bikes, including the Kiwi designed Ubco farm vehicle, for those who need something like a Hilux or Ranger, no real alternative exists.

But, as is often the case, this was a discussion that wasn’t really steeped in rationality but was rather polarised and dogmatic. It was us versus them. Urban versus rural. Latte sipping metrosexual versus hunting and fishing good keen man. And it encouraged the usual sort of denial comments that do nothing to add to the debate. I overheard the day after the protest a comment that “we need some research, the climate is always changing, how do we know that fossil fuels actually play a part?”

Which was, as Alanis would have pointed out, somewhat ironic given that 24 hours after the Howl of a Protest, the northwest of the South Island experienced a weather-bomb of biblical proportions. My brother lives on the Queen Charlotte drive and after riding his mountain bike to Picton he gave me a call and explained that he was marooned (at least when it comes to vehicle access) and that a large section of the Queen Charlotte drive at Cullen Point had simply disappeared into the sea.

Meanwhile, a significant proportion of the population of Westport has been evacuated and hundreds may have weeks and months before they can get back into their flood-ruined homes. Simply the latest in a long string of “once in a lifetime” extreme weather events that seem to occur every few months these days.

Government policy is always a blunt instrument and there are always unintended consequences of centralized actions. But that doesn’t in any way justify burying our heads in the sand and hoping that life will carry on the same way it always has.

Rural folk are innovative and used to adapting. After all, the whole “number 8 wire” ethos is all about the fact that a farmer can pretty much fix anything with a piece of number 8 wire. The fact that people can adapt so well to new situations, but howl so loud at changes introduced for a higher purpose is, as Alanis so articulately pointed out, ironic.

– Ben Kepes is a Christchurch-based investor and entrepreneur.