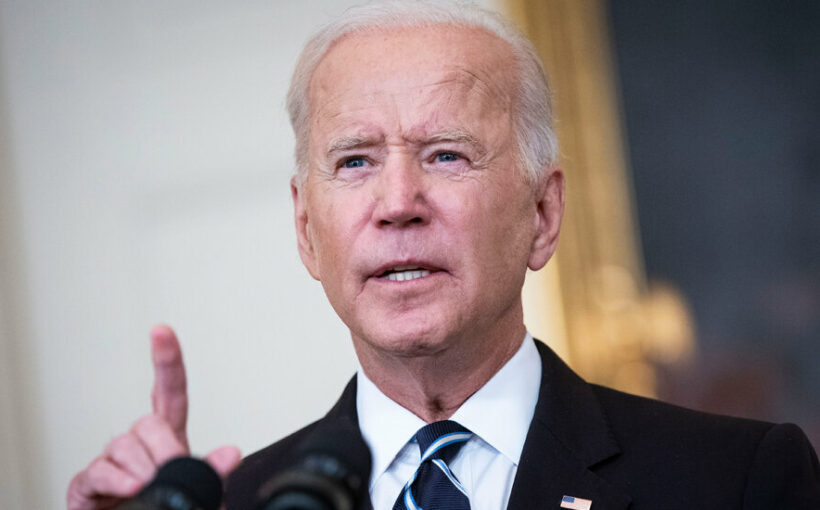 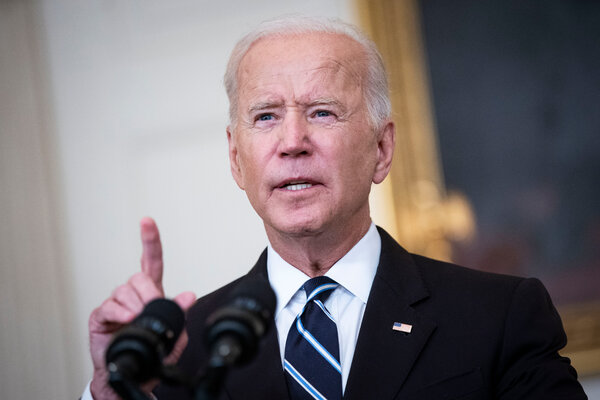 President Biden on Thursday laid out a wide-ranging plan to tackle the coronavirus pandemic, including requiring companies with more than 100 employees to mandate that their workers get vaccinated or face weekly testing. The move comes as airlines, restaurants and other businesses are already feeling the pain of an economic pullback caused by the Delta variant of the virus. The new rule will affect some 80 million workers.

Many companies were already moving toward mandates. In a recent Willis Towers Watson survey, 52 percent of respondents said they planned to institute vaccine mandates by the end of the year, and 21 percent said they already had such requirements. But many of those mandates, including at companies like Goldman Sachs and UPS, have focused on white-collar workers, who tend to have higher vaccination rates. This presidential directive will help industries facing labor shortages, like retail and hospitality, institute a requirement on their frontline workers. “It levels the playing field,” said Ian Schaefer, a partner at the law firm Loeb & Loeb.

But companies will now face new decisions, like whether to pick up the tab for weekly testing and how to handle religious exemptions — tasks many are already finding challenging. A recent poll by Aon of 583 global companies found that of the employers that have vaccine mandates, 48 percent said they were allowing for religious exemptions; only 7 percent said they would fire a worker for refusing to get vaccinated.

Reaction was, unsurprisingly, mixed. The Business Roundtable and the U.S. Chamber of Commerce both welcomed the Biden administration’s actions. But Gov. Greg Gianforte, Republican of Montana, the only state to ban vaccine mandates, called the new rules “unlawful and un-American.” The Republican National Committee said it intended to sue.

Whether legal challenges will prove successful is unclear. OSHA’s emergency temporary standards pre-empt state governments’ existing rules, except in states that have their own OSHA-approved workplace agencies. (About half do.) The legal basis for a challenge is likely to be weakest in states that are directly within OSHA’s jurisdiction, like Montana, Texas and Florida.

A rare dialogue between Beijing and Washington tries to ease a strained relationship. Yesterday, for the first time in seven months, Biden and China’s leader, Xi Jinping, held a substantive conversation. They discussed the responsibility both countries have to “ensure competition does not veer into conflict,” a statement from the White House said. Meanwhile, Chinese regulators granted Evergrande, the world’s most debt-saddled property developer, more time to negotiate with its creditors, evading a $300 billion bust, for now.

The Food and Drug Administration delays its decision on Juul Labs. The F.D.A. had been expected to rule on whether products from the e-cigarette maker and other large vaping companies could stay on the market, but the agency said it needed more time. Meanwhile, the agency announced yesterday that it had denied the applications of almost one million flavored e-cigarette products, mostly made by small companies, to remain on the market.

Texas bans social media companies from removing or hiding posts, citing political “censorship.” The law, which was signed yesterday by Gov. Greg Abbott, will allow Texans, or anyone who shares or post messages in Texas, to sue platforms with more than 50 million monthly users. A similar law in Florida was blocked this summer by a judge, as critics say the laws violate companies’ First Amendment rights to decide what content they host.

The White House sets a zero-carbon challenge for aviation. The government announced a new target to reduce aviation emissions by 20 percent by 2030, with a $4 billion funding pot to support sustainable aviation fuel projects. Separately, Harvard said its $42 billion endowment would no longer invest in fossil fuels.

Proponents of President Donald Trump’s 2017 corporate tax cut argued that companies would use the savings to grow their businesses, hire workers or raise wages. Instead, in 2019, the largest American companies spent a record $728 billion on stock buybacks — a 55 percent increase from 2018, before the law took effect. Now, The Times reports, Democrats are coalescing around a plan to tax those stock buybacks that is likely to be included in the Senate’s budget bill.

The proposal would tax buybacks at 2 percent. Democrats say the proposed tax would bring in about $270 billion over 10 years, and would push companies to invest more in their workers and businesses instead of using excess cash for buybacks. But it can’t do both. If the proposed tax does cause companies to cut buybacks, the revenue the tax generates would shrink as well.

Some Democrats wanted to make buybacks illegal. But Democratic tax aides said on Thursday that they were trying to balance the desire to curtail buybacks with the need to raise revenue for the social policy bill. At the very least, a 2 percent tax on buybacks could persuade some companies to shift excess cash to shareholder dividends, which are taxed at an individual level.

“It all made me feel that I was being dragged into some inevitable future dreamed up by people much more techie than me, one in which the seams between the real world and the technology that supports it had all but vanished.”

— Mike Isaac, a Times technology reporter, on his experience trying out Facebook and Ray-Ban’s new sunglasses that can take photographs, record video, answer phone calls and play music and podcasts.

A new way to talk about SPACs

As SPACs struggle with redemptions, they’re trying new ways to connect with shareholders ahead of investor votes that will seal their deals’ fates.

One example is the food tech company Benson Hill, which will be the first SPAC — or special purpose acquisition company — to host a retail investor webcast and Q. and A. on Say, a platform recently acquired by Robinhood, ahead of its shareholder vote expected this month. Benson Hill announced the open forum yesterday on Reddit. Say has been used by other companies, including Tesla, to allow individual investors to ask questions on earnings conference calls, access to which had previously been reserved mostly for analysts employed by Wall Street banks. “We recognize the attention paid to SPACs these days and want to leverage the platform in a positive way,” said Benson Hill’s C.E.O., Matt Crisp.

Understand Vaccine and Mask Mandates in the U.S.