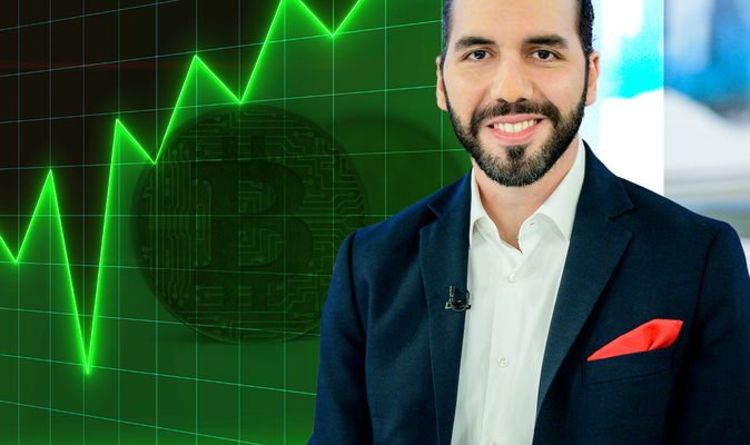 El Salvador’s central banks need the Bitcoin purchases to operate the government’s ‘Chivo’ digital wallet that will contain $30 of BTC for each citizen.

Bitcoin temporarily climbed above 1.49 percent to more than $52,680 on Monday evening ahead of the Salvadoran legal tender law implementation.

Currently, the Bitcoin price sits at $51,298, representing an approximate 8 percent rise in the last seven days.

They have concerns over the volatility of the cryptocurrency and fear it could increase regulatory and financial risks for financial institutions operating within the nation.

However, Bitcoin pioneer Max Keiser forecasts an upward trajectory for the cryptocurrency and speaking to Express.co.uk said: “Bitcoin can only go up. It’s a mathematical certainty. It has proven itself as the superior form of money and since its supply is finite at 21 million every defector fiat dollar, pound, yen, euro and even Gold, that has proven itself inferior to Bitcoin in every way, pushes the price higher.”

President Bukele has claimed the move to make Bitcoin legal tender in the country would increase financial inclusion in a society where many remain unbanked.

He added his plan would see more investment and economic development from crypto-developers setting up in the nation.

However, there have been protests in El Salvador against the new law.

Many citizens say they do not know how to use the digital coin and are suspicious that it could be used for money laundering.

The news comes as a Reddit group, comprising more than 3.3million members, has seen calls for a coordinated purchase of Bitcoin.

There are demands within the Reddit group for members to make their purchase today on the same day as El Salvador’s Bitcoin law comes into effect.

One Reddit group is entitled, “So… we all buying $30 worth of Bitcoin on Tuesday?”

The moderator of the group celebrated the move, adding: “El Salvador will have the crypto launch at 3pm. This is an important time in Bitcoin.

“Let’s show El Salvador, for those who are on the fence about it still, that Bitcoin has value for them, and for everyone, Bitcoin is meaningful.”