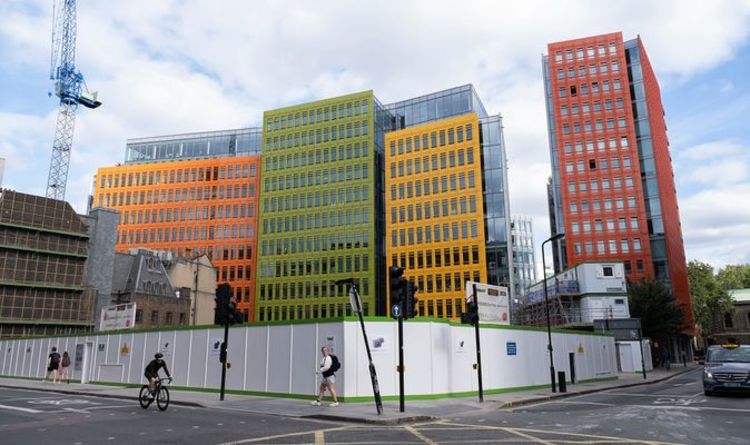 How to update Google Chrome on your computer

The tech giant has occupied offices on the Central Saint Giles site for a number of years which it has so far been leasing. The distinctive brightly coloured building was designed by architect Renzo Piano and occupies a site near London’s Oxford Street. Last night Google confirmed it would buy the development for £730millon ($1billion) from its current owners, a joint venture between Mitsubishi Estate and General Investment Management. Google says the purchase shows its “continued confidence in the office as a place for in-person collaboration and connection.”

Despite the rise of homeworking, Google sees an important role for office space and now plans to embark on a multi-million-pound refurbishment of the site which the firm believes will help equip it for the needs of a future workplace.

Changes will include the addition of outdoor covered working spaces and new collaboration areas and team pods.

The purchase, along with Google’s King’s Cross development, brings its total capacity up to 10,000 employees.

Chancellor Rishi Sunak commented: “This investment in jobs from Google is a big vote of confidence in the UK as a world-leading tech hub.

“It is also proof that this country continues to be one of the most attractive places in the world for leading firms to grow their business.”

London Mayor Sadiq Khan also welcomed the news as “fantastic”, adding that it sent “a clear message that our capital is a global draw for investment, business and talent.”

Google is also investing in skills, entering a partnership with the Department for Work and Pensions to provide training.

In 2022 nearly 10,000 job-seekers will be able to gain access to free scholarships for Google Careers Certificates in fields such as IT support, data analysis and project management.

Google has shown significant investment in the UK in recent years.

The firm is also currently developing a new site in Kings Cross, dubbed the ‘landscraper’ due to its low rise but long design, stretching for in length for nearly the same height as the Shard.

The buildings have been under construction for some years having met with a number of delays.

Meanwhile last year its Grace Hooper subsea cable made land in Cornwall, connecting the UK with the US to help meet the demand for high-bandwidth connectivity.

The connection is expected to go live this year and will also link the two countries to Spain via Bilbao.