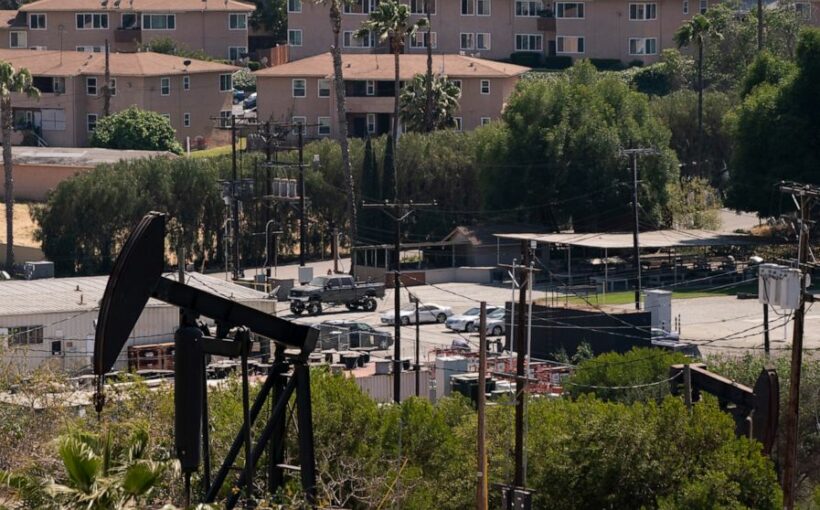 SACRAMENTO, Calif. — It’s been a year and a half since California Gov. Gavin Newsom directed oil regulators to consider new health and safety measures to protect people living near oil and gas drilling sites.

But those regulators missed another deadline Monday for releasing the rules, frustrating environmental advocates who say communities can’t wait any longer for change. The California Geologic Energy Management Division, known as CalGEM, hasn’t set a new timeline for the rules, which Newsom originally mandated be out last December. Regulators delayed but said they would come out in the spring.

California is the nation’s seventh-largest oil-producing state and has no statewide rules on how far oil and gas wells must be from where people live, work or go to school. While it has a reputation as a climate leader, other oil-producing states, including Pennsylvania and Colorado, already have such regulations. Even Texas bans wells within 467 feet (142 meters) of a property line.

Advocacy groups point to studies that show living near drilling sites can worsen a slew of health risks, including respiratory problems and birth defects.

“It is clear CalGEM does not respect the urgency needed to prevent further damage and inequity in our communities,” Cesar Aguirre, a community organizer with Central California Environmental Justice Network, said in a statement.

The group is one of dozens in the Last Chance Alliance that sent Newsom an open letter calling for him to immediately mandate a 2,500-foot (762-meter) buffer zone between wells and places like homes and schools and to issue a moratorium on all new drilling permits in those zones. Newsom has previously declined to impose such a mandate in favor of the agency rulemaking process.

“Your leadership can deliver equitable and effective relief today,” the letter says.

Uduak-Joe Ntuk, the state’s oil and gas supervisor, was not made available for an interview Tuesday to discuss the delay.

The process is taking longer than expected because of “complex subject matter within and beyond our previous regulatory experience,” David Shabazian, director of the California Department of Conservation, said in a statement. His department oversees CalGEM.

“We continue to work closely with our state partners and the public health experts panel to thoroughly examine and assess impacts across the board so that we develop the most well-informed, legally durable rule possible to protect communities and workers from the impacts of oil extraction activities,” he said.

Spokespeople for Newsom didn’t comment on whether he would communicate with regulators about the delay or respond to advocates’ call for him to take immediate action.

But as he faces an expected recall election later this year, the regulation of the oil industry places him between two powerful constituencies: environmentalists and some labor unions aligned with the oil industry. Democrats, who control state government, are divided on how much to regulate the industry.

The Western States Petroleum Association and the State Building and Construction Trades Council oppose a statewide mandate on buffer zones, saying such a rule would hurt workers and raise the cost of fuel.

Meanwhile, environmentalists have long been frustrated by the state’s oil regulator, saying the agency is too close with the companies it oversees.

Newsom, a first-term Democrat, pledged to reform CalGEM in 2019 by renaming it and directing it to focus on health and safety. He told the agency to consider prohibiting drilling within certain distances of homes, schools, hospitals and parks.

Last year, he used executive powers to mandate the draft regulations come out by December. But the agency punted to the spring, saying it needed more time to take feedback from public health experts. Advocates took note when summer began on Monday without the new rules.

“It’s astounding that the state has failed to develop a draft public health and safety rule in over a year and a half,” said Gladys Limon, executive director of the California Environmental Justice Alliance.