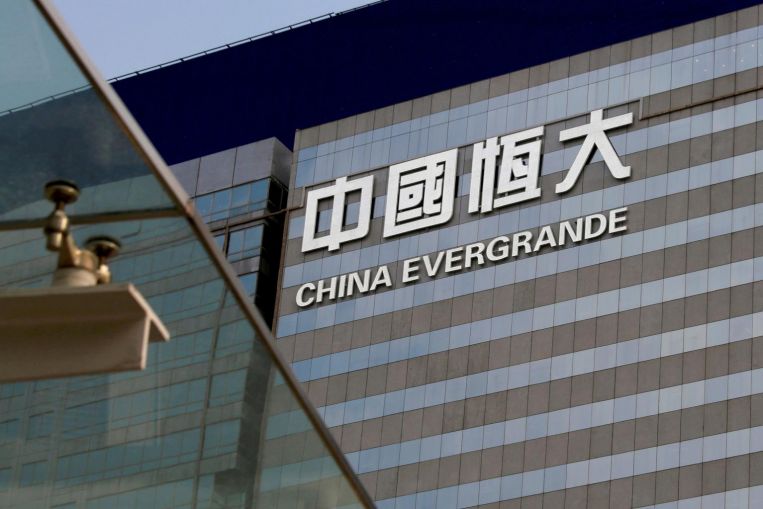 HONG KONG (BLOOMBERG) – China Evergrande Group shares briefly fell below their 2009 initial public offering price after a second credit-rating downgrade in as many days boosted concern the developer will default on its debt.

The stock touched HK$3.46 on Wednesday morning (Sept 8) in Hong Kong, breaching the HK$3.5 apiece offered on debut, before erasing the decline to trade unchanged at HK$3.57 at 10.41am. Shares of the troubled developer have tumbled about 76 per cent this year, while many of its US dollar bonds are hovering below 30 cents.

Fitch Ratings cut Evergrande to CC, saying a default seems probable as the company struggles to address its worsening liquidity issues. Evergrande has been repeatedly downgraded in recent months, reflecting the deepening crisis at the world’s most indebted developer as it scrambles to raise cash and keep creditors at bay.

“The downgrade reflects our view that a default of some kind appears probable,” Fitch said in a statement. “We believe credit risk is high given tight liquidity, declining contracted sales, pressure to address delayed payments to suppliers and contractors, and limited progress on asset disposals.”

The move by Fitch came a day after Moody’s Investors Service cut Evergrande’s credit rating by three notches to Ca, which implies it is “likely in or very near default.” The conglomerate’s liquidity and default risk is “heightened,” Moody’s said in its third downgrade of the real estate giant since June.

With more than US$300 billion (S$403.8 billion) of liabilities, Evergrande may roil lenders, suppliers, small businesses and millions of homebuyers should it collapse. Chinese authorities have kept quiet about their plans for the company so far, aside from urging it to resolve its debt risks.

Evergrande’s rags-to-riches founder Hui Ka Yan built his empire more than two decades ago with heavy borrowings and a voracious land grab. The group skirted an earlier debt crisis last year with the help of wealthy friends and the government. Its problems since resurfaced after authorities imposed rules known as the three red lines, which determine whether companies can take on additional borrowings.

Evergrande itself last week warned of default risks if its efforts to raise cash fall short. Its cash coverage to short-term borrowings worsened in the first half to 36 per cent from 47 per cent from six months earlier, according to Bloomberg calculations based on an earnings statement. The company hasn’t sold a dollar bond since January last year.