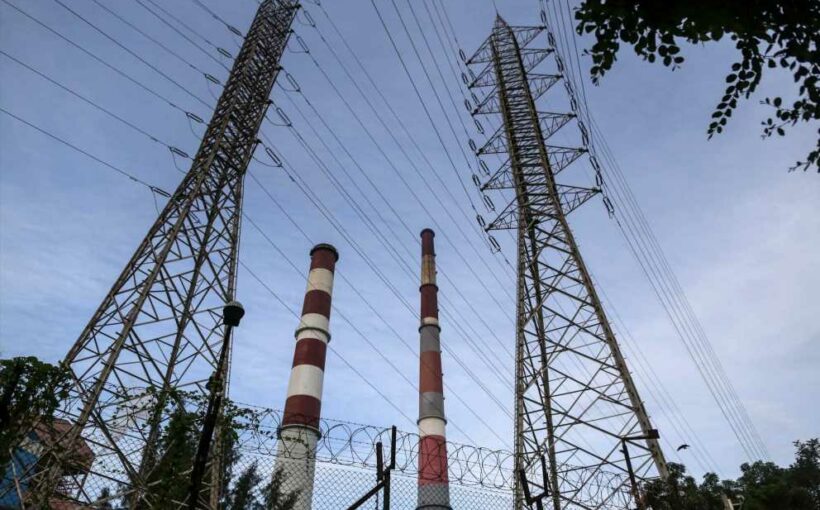 China is not the only Asian giant grappling with an energy crunch — India is also teetering on the edge of a power crisis.

Most of India's coal-fired power plants have critically low levels of coal inventory at a time when the economy is picking up and fueling electricity demand.

Coal accounts for around 70% of India's electricity generation.

A potential power crisis would likely have an immediate impact on India's nascent economic recovery which is being led by industrial activity instead of services, according to Kunal Kundu, India economist at Societe Generale.

Government data showed that as of Oct. 6, 80% of India's 135 coal-powered plants had less than 8 days of supplies left — more than half of those had stocks worth two days or fewer.

By comparison, over the last four years, the average coal inventory that power plants had was around 18 days worth of supply, according to Hetal Gandhi, director of research at ratings firm CRISIL, a subsidiary of S&P Global.

Clean energy stocks 'didn't get the memo' in 2021, but BMO says these solar names can turn a corner

"You should see the stock levels going up to 8 to 10 days again by December," Gandhi told CNBC. "But clearly, they will not go up anywhere close to 18 days even by March. Close monitoring will be needed for the next six months."

State-run Coal India, which accounts for over 80% of India's coal output, reportedly said last month it would ramp up supplies to utilities to address the coal shortage in power plants.

How did we get here?

India saw a spike in power demand between April and August. It came as the economy regained momentum following a devastating second wave of Covid-19.

The economic recovery was sharper than what many had anticipated, according to Gandhi.

Thermal power companies have had lean coal inventories and did not anticipate the spike in power demand this year, Gandhi explained.

Other sources of electricity generation — such as hydropower, gas and nuclear — also declined.

Gandhi said an unevenly distributed monsoon season was one of the factors. Less rainfall in some areas adversely affected the production of hydropower, or water power.

Some other factors included a sharp increase in gas prices as well as maintenance shutdowns at nuclear power plants, she said. All of that led to an increase in coal-fired power generation.

A pithead refers to the top of a mineshaft where most of the mined coal is kept before being transported to power companies. Rainy season typically makes that transportation more difficult as many routes tend to flood.

Why is coal supply running out?

India is the world's third-largest coal importer despite having a large coal reserve. However, a widening gap between soaring international coal prices and domestic coal prices saw imports decline sharply in recent months.

Even then, coal imports were hamstrung by supply disruptions due to the pandemic and logistics issues, according to the CRISIL's Gandhi. For example, transportation costs are rising due to a higher demand for shipping and congestions at ports as the world economy slowly recovers from the pandemic.

India's domestic coal is also of a lower heating value — which means more of it is needed to substitute imported coal, thus adding further pressure on domestic power plants, she said.

Coal prices in India are mostly decided by the state-owned Coal India. So when international prices increase, domestic prices do not rise as substantially since it would affect power prices and inflation — utility companies are unable to pass on higher costs to most consumers.

Since power is subsidized for most farmers and many households in India, the burden of higher coal prices will mainly fall on industrial consumers who account for only 25% to 30% of power consumption, according to Gandhi.

"Whenever imported prices go up substantially, the incentive for domestic manufacturers to import coal and produce power is on the lower side," she said.

What could happen next?

With the festive season in India starting this month, where consumption tends to reach its peak, power demand could rise further — and the situation could be exacerbated if global demand for Indian exports increase substantially. For its part, Coal India has reportedly ramped up supplies to try and offset some of the shortage.

"If demand goes up substantially, I don't know what could be the steps, but you could look at steps like they may bring about curb on exports in sectors which are power-intensive in nature," said Gandhi.

Indian authorities sought to allay fears of a supply crunch.

The Ministry of Coal said Sunday that the country has sufficient coal to meet power plant demands and that fears of disruption in power supply are "unfounded" and "erroneous."

"The coal available at the power plants is a rolling stock which gets replenished by the supplies from the coal companies on a daily basis," the ministry said. "Therefore, any fear of coal stocks depleting at the power plant end is erroneous. In fact this year, domestic coal supply has substituted imports by a substantial measure."

"Given India's massive dependence on thermal power, we might see domestic coal suppliers diverting their supply to the thermal power plants away from industries like steel, cement etc," Societe Generale's Kundu told CNBC by email. "Any which way, there will be a short-term dent in activities."

"There is a likelihood of electricity prices rising as higher priced coals would have to be imported, potentially fueling inflationary pressure," Kundu added.