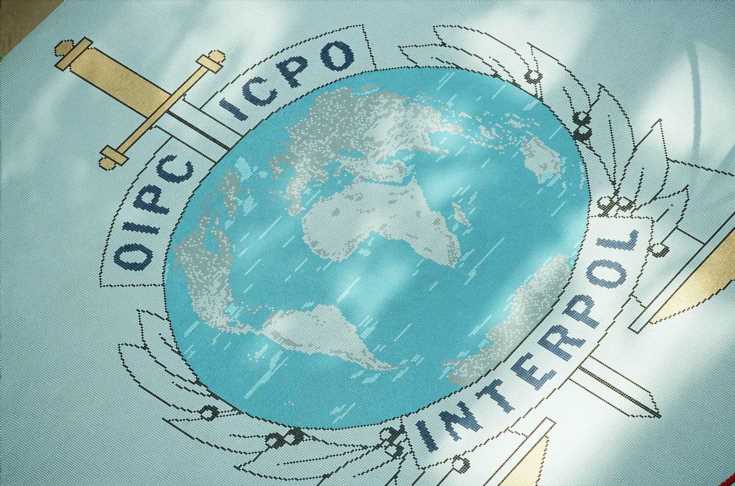 China is defending the candidacy of a senior public security official for Interpol's executive committee in the face of rising criticism from foreign politicians and human rights groups who fear his election could put thousands of Chinese political dissidents abroad at risk.

The official, Hu Binchen, is one of three candidates up for two seats as Asia delegates on the 13-member committee, which sets policy and direction for Interpol and supervises the work of its general secretariat.

Interpol, the international police network that counts 194 members, controls a number of databases that collect information that is shared among forces to take action against terrorists and fugitive criminals, including fingerprints, DNA and facial recognition data. It also operates the system of "red notices," requests "to locate and provisionally arrest an individual pending extradition."

Fifty politicians from 20 countries, including Sen. Marco Rubio, R-Fla., and Rep. Mike Gallagher, R-Wis., as well as lawmakers from the U.K., Australia and the European Parliament, wrote to their governments last Monday urging them to oppose Hu's election.

Hu's election would "be giving a green light" to China's government "to continue their misuse of Interpol and would place the tens of thousands of Hong Konger, Uyghur, Tibetan, Taiwanese and Chinese dissidents living abroad at even graver risk."

The letter, organized by the Inter-Parliamentary Alliance on China, an international group of legislators, cited the arrest of a Uyghur activist, Idris Hasan, by Moroccan authorities in July under a "since deleted" Interpol red notice requested by China.

"At the time of writing, Hasan could still face extradition to the PRC where he is likely to be a victim of arbitrary detention and torture," the politicians said, using the initials for the People's Republic of China.

China has long been accused of abuses against the Uyghurs, a predominantly Muslim ethnic minority group who historically live in the country's northwestern Xinjiang province. Secretary of State Antony Blinken said in March that Beijing continued "to commit genocide and crimes against humanity" against the group.

China denies all accusations of abuse in Xinjiang.

China has defended the election bid by Hu, who is the deputy director-general of the Public Security Ministry's international cooperation department.

"China's proposal of suitable candidates for the Executive Committee of Interpol is a specific measure to actively support the organization's goals of combating terrorism, transnational crime and 'making the world safer' as a member of the organization, and to make positive contributions to international police cooperation," a spokesperson for the Foreign Ministry told NBC News.

Interpol said in a statement that no member states can exert political influence over it and that it had provided "a neutral platform for police to work directly with their counterparts, even between countries which do not have diplomatic relations."

"No individual member of the Executive Committee has any involvement or influence in the decision-making process to publish or cancel a Red Notice," it added.

The two candidates facing Hu are from Singapore and India when the elections take place on a one-country, one-vote basis Tuesday to Thursday in Turkey's capital, Ankara.

Interpol has been led by an official from China's Public Security Ministry before. Meng Hongwei was the organization's president when he vanished on a trip to China from France in 2018. He was later sentenced to 13½ years on bribery charges in President Xi Jinping's anti-corruption drive.

Will China's new rules actually boost some stocks? Morgan Stanley says yes, and it's naming them

The letter cited Hasan's detention and the case of Dolkun Isa, the president of the World Uyghur Congress, who was also subject to a red notice until Interpol removed it in 2018.

It said Hu's candidacy "further highlights long-standing concerns about China using leadership positions to gain influence in the organization, which in the past has damaged its reputation and reportedly threatened its political neutrality."

Ted Hui, a former Hong Kong lawmaker who signed the letter, said via Signal Messenger from Australia that Hu's bid was "a serious, imminent threat to all dissidents in the world, not only to the Chinese."

"What I can see is that authoritarian governments are joining hands together to silence all dissents. Giving the Chinese authority more influence in Interpol is to give it more real power in persecuting dissents," said Hui, who fled Hong Kong last year after he was arrested for disrupting legislative meetings.