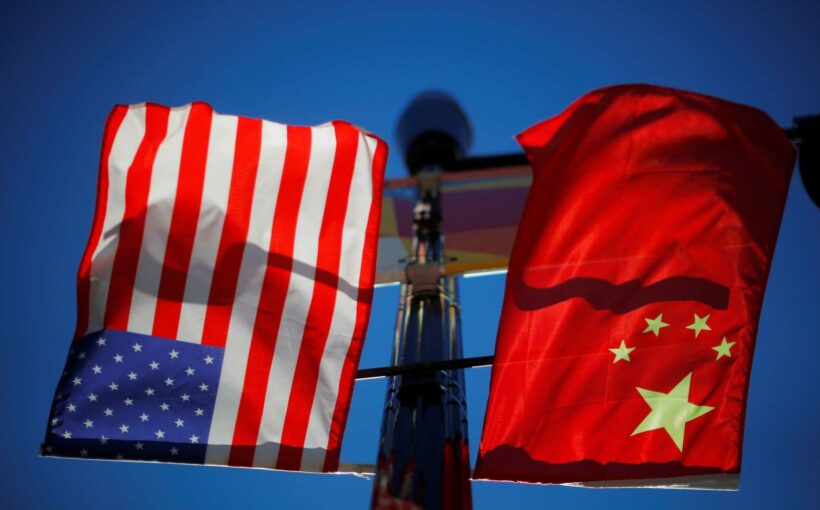 LONDON — A joint declaration between the United States and China, in which the two superpowers said they would work together on a number of climate-related actions, has taken many by surprise.

Announced Wednesday during the COP26 climate change summit in Glasgow, Scotland, the declaration covers a number of issues, from cutting carbon dioxide and methane emissions to tackling illegal deforestation.

"The two sides are intent on seizing this critical moment to engage in expanded individual and combined efforts to accelerate the transition to a global net zero economy," the declaration said.

It also expressed an intention to establish a working group which will "meet regularly to address the climate crisis and advance the multilateral process, focusing on enhancing concrete actions in this decade."

The U.S. and China's plan to work with one another has been broadly welcomed by a range of stakeholders.

"The unexpected and welcome joint declaration between the United States and China represents an important commitment between the world's two largest emitters of greenhouse gases," Genevieve Maricle, director of U.S. climate policy action at the World Wildlife Fund, said in a statement.

Two under-the-radar stock picks from the infrastructure bill, according to Goldman

These electric-vehicle charging stocks are surging on the infrastructure bill

"No less relevant in the context of this agreement, they are also the two largest economies in the world," Maricle said.

"Between them they have the power to unlock vast financial flows from the public and private sectors that can speed the transition to a low carbon economy."

Manish Bapna, the CEO and president of the Natural Resources Defense Council, said it was "good news that the U.S. and China agreed to accelerate climate action and ambition in this decisive decade."

"The pledge to strengthen cooperation on clean energy, methane, and deforestation from the two largest economies and greenhouse gas emitters is a welcome step forward," Bapna said.

"But if we are to hold global warming to 1.5 degrees Celsius, we urgently need to see commitments to cooperate translate into bolder climate targets and credible delivery."

Elsewhere, the U.N. Secretary General, António Guterres, said via Twitter that he welcomed the agreement between the U.S. and China.

"Tackling the climate crisis requires international collaboration and solidarity, and this is an important step in the right direction," Guterres said.

In another tweet, Frans Timmermans, the European Commission's executive vice-president for the European Green Deal, said it was good news the U.S. and China had "found common ground on climate."

"This is a challenge which transcends politics," he said. "Bilateral cooperation between the two biggest global emitters should boost negotiations at #COP26. Now we must find the global deal that keeps 1.5 degrees alive."

The references to 1.5 degrees are a nod to the Paris Agreement, which looms large over discussions taking place at Glasgow.

Described by the United Nations as a legally-binding international treaty on climate change, the Paris Agreement aims to "limit global warming to well below 2, preferably to 1.5 degrees Celsius, compared to pre-industrial levels."

The task is huge, and the United Nations has noted that 1.5 degrees Celsius is considered to be "the upper limit" when it comes to avoiding the worst consequences from climate change.

Others reacting to the declaration included Jennifer Morgan, executive director of Greenpeace International. Morgan said it was "always welcome news when the world's two biggest emitters cooperate on climate change, and a reset of their relationship on this crucial issue is overdue."

Glacial lake outburst floods: How a lesser-known climate phenomenon threatens from above

"Their statement recognises that the 1.5C goal is at the heart of any credible climate plan and they frame the 2020s as the decade where we need to see real action," she went on to state. "Those things matter, especially from these two countries."

Morgan argued that, ultimately, the statement from the U.S. and China fell short of the call from "climate vulnerable countries" who were "demanding that nations come back to the table every year with greater ambition until the 1.5C gap is closed."

"So, it's good to see these two at the table together, but if this reset is going to turn into a genuine breakthrough that builds confidence around the world, then they need to step up their level of ambition and their commitment to implementation."

This needed to start in Glasgow, Morgan said, "where every country should be using the last two days of these talks to get the deal the world needs."