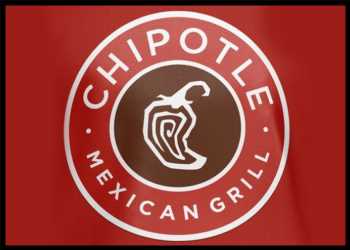 Employees of a Chipotle Mexican Grill restaurant in Lansing, Michigan voted to form a union, for the first time among the chain’s some 3,000 locations.

Unified workers at the store voted 11-to-3 to form a union with the International Brotherhood of Teamsters. They will join Teamsters Local 243.

The workers filed for the election with the National Labor Relations Board or NLRB on July 5. The corporate-owned restaurant did not object to the filing.

In a statement, Teamsters Union, which is home to 1.2 million workers, said the Chipotle workers are forming a union for the security of a powerful Teamster contract, as well as to improve their work schedules, increase wages, and gain the respect from management that they’ve rightfully earned.

Scott Quenneville, President of Local 243, said, “Chipotle pulled in revenue of $7.5 billion last year, and just as we’re seeing workers of all ages and backgrounds across the country take on these corporate giants, it’s so inspiring to see Chipotle workers stand up and demand more from a company that can clearly afford it. …They’re going to have a union they can be proud of, that knows how to get things done.”

The company has five business days to file objections to the election, and if Chipotle opts not to file any, the NLRB regional director will certify the results. With this, the company is required to start bargaining in good faith with the union.

Chipotle has four locations in and around Lansing. Local 243, with union halls in Lansing and Plymouth Township, represents more than 4,000 workers across Michigan.

Chipotle workers in Lansing join workers from other major corporations such as Starbucks, Apple, and Amazon, in the union.