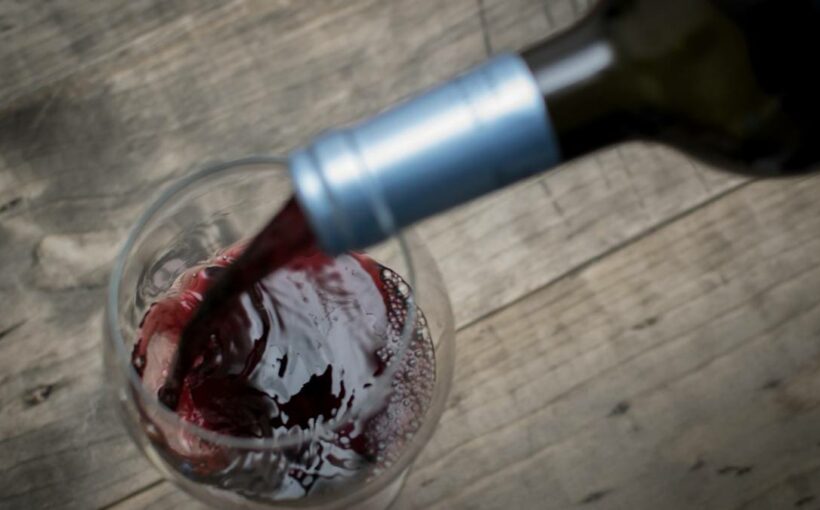 If there was one business that we might have expected would be hardest hit by China’s punitive tariffs on Australian goods, it was Treasury Wine Estates.

The winemaker had pinned its future to China, in the expectation that the increasingly wealthy consumers of the world’s most populous nation would keep buying up its Penfolds wine.

The strategy was working well and Penfolds had established a strong presence in China until last year, when the Chinese government slapped a 200 per cent tariff on Treasury Wine Estates’ products, along with other winemakers.

Consumers’ attitudes hadn’t changed, but Penfolds had become a victim of the Chinese government’s punishment of the Australian government for calling an inquiry into the origins of the Covid-19 pandemic.

But in an update to investors last week the company said it expects full year earnings of A$495 million to A$515 million.

This is below the A$533 million it earned last year, but nowhere near the wipeout we might have expected, given Treasury Wine had been selling about half a billion dollars’ worth of wine to China and Penfolds had accounted for close to two-thirds of its profits in the past.

Treasury Wines seems confident it can reallocate its supply of Penfolds away from China to other markets, including Australia and elsewhere in Asia.

Penfolds sales were down about 10 per cent as a result of the pandemic closing restaurants and curtailing consumers’ social lives, but Penfolds increased its profit margin, because cocooning customers splurged on its premium wines.

The company has acceptedthe China market is effectively closed to it and moved on.

Chief executive Tim Ford told investors that building a strong business in other Asian countries was a five-to-10 year project and it wouldn’t be suddenly shut off if China was reopened to it.

The company, which also owns vineyards in France and the US, has split itself into three: Penfolds, Treasury Americas and Treasury Premium Brands. Penfolds remains the jewel in the crown and the company will expand the brand to Penfolds wines made in the US and in France – which might not be hit by the Chinese tariff barriers.

It is trying to turn Penfolds – whose Penfolds Grange sells for A$950 a bottle – into a global premium brand, with sales around the world.

Treasury Wine Estates isn’t alone in finding that the Chinese tariffs haven’t hurt it too much after all, particularly commodities businesses.

China is turning to other countries for products it usually bought in Australia, and that creates demand elsewhere, which Australia is filling.

For instance, grain exporter GrainCorp last week upgraded its full-year earnings and profit guidance despite being hit with crippling tariffs on barley imports from Australia.

GrainCorp said the upgrade reflected strong margins because of high global demand for Australian grain and oilseeds, in another sign exporters have succeeded in finding markets outside China.

In the past week we have seen a changing of the guard in Australia’s economic managers.

For many years governments have left it up the Reserve Bank of Australia to dial up and down economic activity by setting interest rates.

That changed last year when we saw the Morrison government pump billions of dollars into households and businesses to keep the economy moving – notably with its A$130 billion “JobKeeper” wage subsidy programme.

That looked like a once-off during a genuine emergency.

But when the government handed down its 2021 budget last week there was more of the same, with close to A$75 billion aimed at creating 250,000 new jobs over the next two year, including income tax cuts, business tax breaks and huge spending on social services.

It’s a big turnaround from the Morrison’s previous stance that its primary economic job was to bring down the budget deficit and the Reserve Bank could lift sluggish pre-Covid demand. It often resulted in fiscal and monetary policy pulling in opposite directions, with the RBA trying to stimulate the economy with interest rate cuts while the government cooled the economy by taking money out via spending cuts.

Now the government has put job creation at the centre of its economic policy at the same time as the Reserve Bank has pledged to hold interest rates close to zero for the next few years. For about the first time since the global financial crisis, the RBA and the government are pulling in the same direction.

It means Australia should expect strong economic growth for the next two or three years.

But who will benefit is another question.

Asset owners might do well, as ultralow interest rates continue to pump up asset prices.

Workers, not so much. Budget forecasts reveal while the unemployment rate could drop to 4.5 per cent by 2024, wages will barely keep up with inflation.