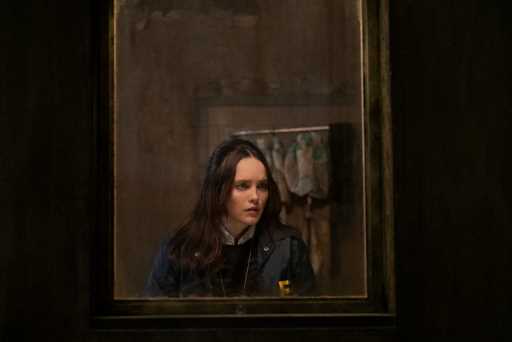 Silence of the Lambs sequel of sorts Clarice was pretty vocal last night.

The 10 PM debut of the CBS thriller series based on Thomas Harris’ novels scored a 0.5 rating among adults 18-49 and an audience of 4 million, according to Nielsen. Holding on to 100% of the rating and the viewership of its Unicorn lead-in, the Alex Kurtzman and Jenny Lumet EP’d Clarice also check another pretty important box at the network on Thursdays. The Rebecca Breeds starring show was equal ratingswise with what the premiere of Evil snagged in the same time slot last year and even a touch ahead in terms of sets of eyeballs.

Elsewhere on the ViacomCBS-owned broadcaster, the big winner of the night was once again Young Sheldon (0.8/7.3 million). The Big Bang Theory prequel was not only steady with its last original but also the most watched and highest rated show of Thursday’s primetime. Back from last week’s repeat, B Positive (0.6/5.1 million) was also steady. Mom (0.7/5.3 million) and The Unicorn (0.5/4 million) were also both up, the latter a nice 25% from last week.

The Show To Watch This Week: 'Clarice,' 'It's A Sin,' 'The Luminaries' & 'For All Mankind' Season 2 Reviewed

Overall, with all its sitcoms scoring viewership season highs, CBS won the night in terms of audience ( 5 million) and with the 18-49s (0.6). Actually, ABC and Fox tied the home of Sheldon in the demo last night, with the former getting 4 million total viewers and the latter pulling in 2.3 million.

The Disney-owned ABC didn’t have it quite so good.

Have a great Valentine’s Day and Presidents’ Day holiday.