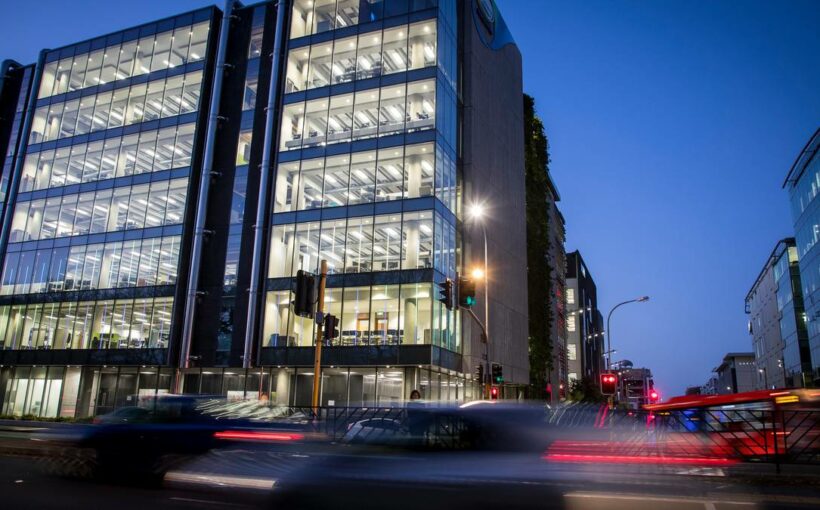 It’s usually the other way round, but Fonterra’s units have been finding favour on the sharemarket while a2 Milk’s shares have foundered.

In a2’s case, the third downward revision in a row of its earnings prospects has seen the stock slump to $10.01 – about half its $21.51 peak last July- due to Covid-19 disruption in the unofficial trade channel into China.

Meanwhile Fonterra’s units – which give investors access to the co-op’s dividends – have been a top performer, closing at $5.09.

So far this year, the units have rallied by 15 per cent while the S&P/NZX50 index has dropped by about 10 per cent.

The units mimic the price of Fonterra shares, which farmer-suppliers are required to own.

They have until this April to do so, but given today’s very high milk prices, there’s a good chance that they will be opting for the former.

Last month, Fonterra Fonterra lifted the bottom end of its 2021 forecast earnings guidance and narrowed the range to 25-35 cents per share, from 20-35 cents.

While a2 Milk has taken a battering, fund managers, noting the company’s enviable earnings record, lack of debt and its $774 million cash mountain, have in no way written the company off.

Yet doubts persist about its reliance on the unofficial trade in infant formula from New Zealand and Australia into China by individuals and larger entities.

That reliance has been brought into sharper focus by Covid-19 border closures.

“However the [unofficial, or daigou] channel to market is fragile, as people have reported,” he said.

“Some of it that [downgrade] may be Covid. Some of it may be a national preference for local brands, but the daigou channel is not a reliable channel to market.

“They have continued to do well in China’s mother and baby stores but daigou is their Achilles heel.”

Brown was cool on a2 Milk’s move to get into manufacturing in its own right by taking a controlling interest in Mataura Valley Milk.

“I am less enamoured from a return on investment perspective.”

And while a2 Milk has a big chunk of the Australia fresh milk market, it is still largely dependent on infant formula sales into China – one product into one market.

At the same time there is the trend towards China becoming more self-reliant in dairy and in infant formula.

As with all of New Zealand’s dairy businesses, what happens in China is crucial.

Beijing-based Kiwi businessman David Mahon said China over the past 10 years had made it clear that it wanted to be as independent as possible in dairy, which it now regards as a staple.

At the same time, China is aware that it can’t be totally self-sufficient because it does not have the land, water or climate.

“And it costs more to feed and milk a Chinese cow than it does a New Zealand, Australian or Irish cow,” Mahon said.

In the 11 coastal provinces where most of China’s 400 million middle class citizens reside, customers seek out imported infant formula on the basis that its food safely is more reliable.

“There are these exceptional periods that have altered supply and consumer demand.”

While Fonterra has had its issues in China, Mahon said the co-op’s foodservice and ingredients business had always been strong there.

Forsyth Barr analyst Chelsea Leadbetter said it seemed that Fonterra’s units were benefiting from strength in the dairy category overall, even though recent very strong milk prices create a headwind for the co-op’s earnings because milk is its biggest input cost.

Fonterra, which reports its first half result on March 17, has over the past two years turned away from a high volume strategy, appointed Miles Hurrell as chief executive, sold surplus assets and repaid debt.

“Since they have set a new strategy they have chipped away at it with a new chief executive and they have done what they said they would do in terms of changing the momentum and improving the business,” Leadbetter said.

As for a2 Milk, there was uncertainty surrounding the company in the near term.

Its chief executive, David Bortolussi, had been in the role for only a few weeks, Leadbetter noted.

Daigou has been critical to the a2 Milk brand, and had given the company a platform to build off, she said.

“They have diversified and they have done well particularly in the offline channel in China, but the business is obviously still exposed to daigou.”

Forsyth Barr has downgraded a2 Milk to “neutral” from “outperform” due to the uncertainty.

Analysts pointed out thata2 Milk is not alone in feeling the brunt of the daigou downturn.

In Australia, Bubs – which specialises in infant formula derived from goats’ milk – took a revenue hit in the December quarter due to disruption in that channel.

Shane Solly, portfolio manager at Harbour Asset Management – which has a stake in a2 Milk – said there was clearly more work to be done.

“The central theme is that the daigou traders just want to get back into business.

“They want to get going again, but while borders are closed it remains difficult for them.

“There are many different types of daigou – some are quite large and sophisticated.

“While borders are closed that piece of the market is unlikely to pick up,” Solly said.

“Of the pieces that they can control, a2 Milk is doing a good job, but the daigou trade makes things look pretty opaque.”

Former Sky TV chief executive Martin Stewart was issued with 600,000 shares in the company this week as part of an employee incentive scheme.

Stewart, who left Sky on December 1 last year by mutual agreement, received 800,000 in share rights as part of his original employment package, with 200,000 in rights due to be exercised every year for four years as long as he remained employed.

The first allotment was exercised in February last year but due to his departure the remainder have all been exercised in one lot.

But as of Monday they were trading around 16.6c, meaning they are worth about $99,600 to Stewart.

Exactly what Stewart’s final pay packet looked like won’t be revealed until the annual report is released around August.