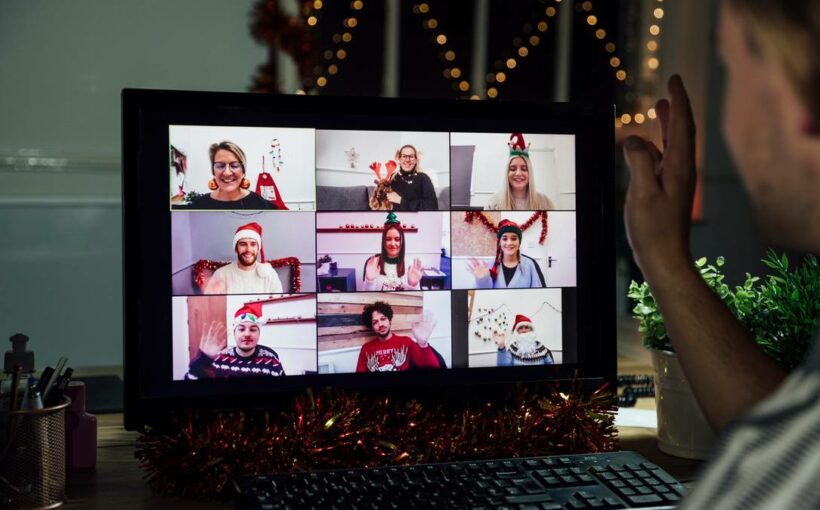 Major corporates have largely ditched their all-staff Christmas shindigs this year in favour of smaller team catch-ups due to Covid restrictions, although one company went all out with a pool party on a cruise boat hosted by its billionaire co-founders.

Auckland-headquartered corporates have had to think outside the square for their end of year parties with the red traffic light setting limiting gatherings to 100 or less for vaccinated workers or just 25 if they want to include unvaccinated staff.

That has seen many turn to online events or leave it up to individual teams to have smaller catch-ups – and that’s if they can even convince their workers it is safe enough to get together.

Vodafone will hold a virtual Christmas party on Thursday hosted by comedian Madeleine Sami which will include a Christmas dress-up competition, staff telling funny stories from 2021, and silly season awards.

“We’re encouraging staff who are working from home to grab their favourite tipple and sit down with their whānau to watch it from home – and for those in the Wellington and Christchurch office, we’re holding Covid-appropriate viewing parties,” a company spokeswoman said.

With the money it is saving by going online it has held a gift register to allow staff to choose a gift from a selection of its small and medium-sized business customers.

“This included cherries or wine from Caythorpe Family Estate, Bennett’s of Mangawhai chocolates, a lux candle from Downlights, a pack of face masks from Little Yellow Bird, or to donate money to the Vodafone Aotearoa Foundation.”

Meanwhile telecommunications rival Spark has given each of its permanent team members a $75 digital voucher to spend at over 2000 small New Zealand businesses.

“It gives those teams who are able to celebrate in person the option to do so if they wish, and it has the added benefit of helping Kiwi businesses get back on their feet,” a spokeswoman for the company said.

“We chose this approach because it provides each Spark person with a choice to spend their voucher on themselves, share it with loved ones, or to get together as a team and spend vouchers in one place.”

Heather Shaw, director at the Events Group – an Auckland-based corporate event planning company, said the easing in the restrictions had come too late for most companies to be able to do anything with most big events usually being planned up to six months ahead of time.

“Whether they are in a situation where they have to get offshore approval to get their people together – that is often an issue, we are finding that from a venue standpoint in Auckland we are in dire need of venue space because so much has been taken by the MIQ hotels.

“People think of it in terms of the hotel rooms but in actual fact most of those hotels have a function space which can’t be used. We lost the Viaduct Events Centre – the Auckland venue scene is pretty dire at the moment.”

Shaw said the largest provider of venues was Auckland Council and they had held back for quite a long time waiting for direction as well.

“The actual face-to-face Christmas events, from what we have seen, are pretty well dead in the water. We have had everything cancelled – some saying we will try and do something next year, in the new year when things lift, but it is still so very unpredictable.”

Shaw said the other side of it was companies who were trying to do face-to-face catch-ups on a smaller level but their people didn’t want to go.

“They have got used to working from home now, and they are thinking; ‘is it worth getting myself kitted out and going into an environment that I’m not 100 per cent sure is really safe?'”

A spokeswoman for the ANZ said it usually contributed to an end-of-year team get-together.

“However, this year because of Covid restrictions these events have been postponed until the new year.

“We have staff working across the country under both red and orange settings so we wanted to delay our usual festivities until all our staff are able to come together once restrictions ease.”

A BNZ spokesman said it had allocated a per-head amount that teams could decide how to use to celebrate the end of the year.

“Obviously, any get-togethers have to follow the Covid guidelines relevant in that area and we know of teams getting together in parks and outside locations.”

A Fonterra spokeswoman said it was also leaving it up to individual teams to decide how they would celebrate Christmas.

Flight Centre has also allocated funds to each department to go towards a small get together either pre-Christmas, or alternatively, in the new year.

“After what has been another challenging year for our company, the travel industry and New Zealand as a whole – it’s important we show our people appreciation for the hard work they have put in to help our customers with credits, cancellations, to reconnect with loved ones and plan future holidays,” its spokesperson said.

Mainfreight chief executive Don Braid said its children’s Christmas parties had to be cancelled due to the Covid gathering restrictions and so too had many of the other Christmas parties the branches would normally have had.

“With our team moving large quantities of freight at this time our branch managers have been doing lots of small things for our people.

“Food trucks, icecream and coffee carts have been delivering their delicious food to the sites and in a couple of branches the team have had haircuts performed onsite.”

A spokeswoman for Genesis Energy said it had decided against holding a Christmas party this year.

“In lieu, gourmet family food hampers were sent to all of our 1200 staff and contractors throughout the country.”

Staff who were also power customers had also received four hours of free power which they could either use themselves or give to a household in financial hardship.

“When our Auckland and Hamilton office staff head back to work in the new year, they’ll receive a welcome pack including a coffee card they can redeem to help support local businesses.”

Louise Harvey-Wills, IAG New Zealand executive general manager, business partnering, said its teams had worked incredibly hard through what had been another tough year for many.

“While we would like to celebrate our teams’ efforts with a traditional end-of-year get-together, their health and safety remains our top priority – so this option is simply not on the cards this year.

“Instead, we are encouraging our teams to take a pragmatic approach with respect to current Covid-19 restrictions. We expect some may choose to get together in smaller groups – provided they are double vaccinated – or celebrate online using virtual collaboration tools, such as online quiz nights.”

But one company did make a splash with its Christmas party.

Zuru founders the Mowbrays own one of New Zealand’s biggest cruise launches and it was that which was used as the venue for this dance-style swimming party.

“Big year of growth for the group despite all the supply challenges. Reached four toys in the top 10 in the North America (more than any other Toy co) Zuru Edge expanded around the globe, factory builds, new brands, R&D centres and offices.”

“Zuru Tech hit 500 R&D team members and started full-size factory build, getting closer to changing the way the world builds. Thankful to our team that hustle every single day to drive us to be the best. We either win or we learn! Bring on next year,” Mowbray wrote.

Shaw said there were still options for those who wanted to have an organised virtual event before Christmas.

“It is running tight. We do like to have a few days’ warning to be able to get the right information out for them so they can get everybody on board. We have still got spaces – but they might not be the times that they want.”