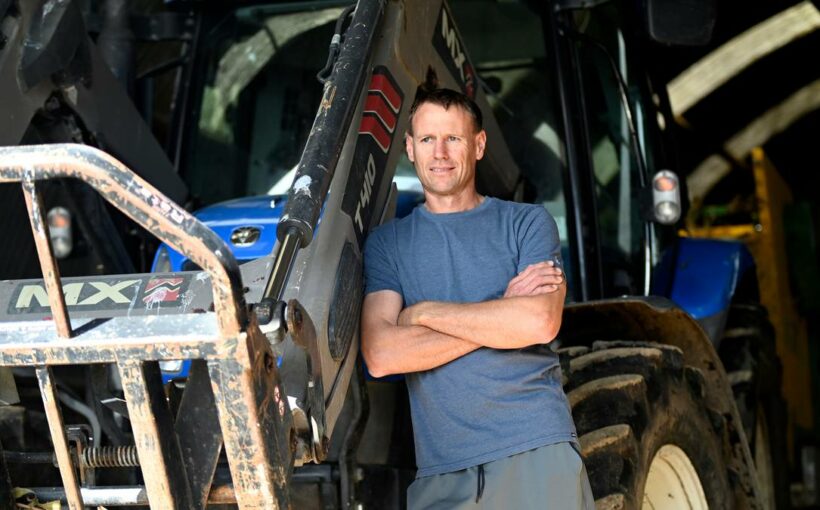 ”Staring down” a $700,000 barrel of compliance, regulation and other costs proved to be the last straw for Welcome Bay dairy farmer Andrew McLeod.

In May 2020, he sold up and walked away from dairying and a farm that had been in his family for more than 50 years.

Farming leaders say the ”family farm is struggling to survive” amid an ”avalanche of regulations” and syndicates motivated by ”money”.

Land is also being swallowed for horticulture, beef finishing and urban expansion, they say.

McLeod says the numbers no longer worked in his favour.

”We loved dairy farming and it was great, but working 365 days a year wears you down. You don’t get a break and even when you are on holiday the phone just keeps on ringing.”

The decision to sell was made because of rising compliance costs, the need to upgrade the farm’s milking shed and potentially build a new underpass. McLeod estimated that would put him back $700,000.

His children had also taken other career pathways which left him and wife Robyn in the driver’s seat.

”We were kind of both over it and, with the amount of regulation being thrown at us, it added up that it wasn’t worthwhile anymore.”

Another key factor was the McLeods ”didn’t feel proud to be farmers anymore”.

”We didn’t feel the pride in being a farmer that we once did and it has got away in the last few years. We were almost embarrassed to say we were dairy farmers at times because of all the negative publicity.”

McLeod hoped the Government would start listening to farmers.

He now runs a few beef cattle on a parcel of land he did not sell, to get his farming fix, but the transition still felt surreal.

”I’ve generally got my weekends back now which is a bit of a novel thing. So I am getting used to that.”

'Very sad' to see the demise of generational farming

Retired Pukehina dairy farmer Derek Spratt said he was aware of farmers who had sold either due to regulations or to kiwifruit orchardists.

Spratt had clocked up 55 years in the industry and his parents were dairy and sheep farmers. He had also held roles with Federated Farmers and the Rural Support Trust.

”I was born and bred into farming.”

His children had returned to farming but Spratt said it was ”very sad” to see the demise of generational farming and the rise of syndicates who were, in his view, in it ”for the money”.

”They will put on a farm manager or stock manager so the young ones are only learning one aspect of farming instead of learning the whole lot but that is how it’s going at the moment.

”Now the young ones can’t see any prospect of owning any land so they are taking other opportunities and can’t be bothered with all the hassles. But there is also a wide range of careers in the dairy industry, you don’t have to be a farmer.”

Spratt said dairy farming was a lifestyle and a great one at that.

”Where else can you be if you have a family that allows you to be with your kids all day?”

'Optimistic' but concerned about the 'avalanche of regulations coming our way''

Federated Farmers Rotorua/Taupo provincial president Colin Guyton felt optimistic about the future but said he was concerned about the ”avalanche of regulations coming our way”.

In his view, farmers were not consulted enough and often the people who made the regulations had not been on a farm.

Guyton believed water quality regulations should be targeted catchment by catchment as some areas of the country were worse than others.

”If you are not having a problem with sediment getting into the water on your farm why bring in a lot of regulations to control sediment?”

New Zealand already had the best carbon footprint around dairy and meat production in the world, so he was also not a fan of reducing methane emissions, he said.

”If we decrease production someone overseas will take up the slack that is less environmentally focussed than this country and that will be a loss. That will be a negative loss for global warming because this is a global problem, not a New Zealand problem.”

Farming had a big future but over time he did acknowledge there may be fewer cows and more plant-type protein grown.

”We’ve just got to go with the flow.”

Farmers now wondering: 'Have I got a viable business?'

Federated Farmers Bay of Plenty provincial president Darryl Jensen was a fourth to the fifth-generation farmer.

He said the ”family farm was struggling to survive”.

”I’m not against corporates or businesses owning farms but New Zealand has been built on the family farm and it has been a great way for our country to prosper. When the corporates take over, they are just interested in the bottom line and the dollar.

”Families take a real holistic approach and take the lifestyle and environment into account. That way kind of gets pushed to one side when you have shareholders or other people to answer to.”

Jensen said the raft of regulations also meant some farmers were now thinking ”have I got a viable business?”

”It is tough and we do realise that some of these regulations are to meet our overseas markets but then there are the ones within our own borders to meet environmental compliance and we feel some of those are a little bit over the top.”

Dairy footprint is getting smaller

REINZ rural spokesman and farmer Brian Peacock said to understand what was happening in the industry you needed to look back to the 1990s when the huge dairy expansions began, particularly in the South Island.

There was a huge push and a lot of sheep and beef farms were converted and in some cases dairy farmers collectively formed syndicates to develop in those areas and buy farms.

”I was involved extensively with those in 1993/94 and what we found was a lot of them were set up with good entry mechanisms but with not always good exit mechanisms. After seven to ten years some of the members in those syndicates wanted to pull out and go their own ways.

”That became a problem”… property values had soared and following that the average dairy farmer could not afford to buy them.

So Peacock said to a large extent a lot of farms were sold to corporate investment groupings or to offshore entities such as retirement schemes in different countries.

Then about four years ago, the Government pretty much halted consents to sell pastoral land overseas, he said.

”So we have some overtones from the government that has influenced the capital flow in and out of the industry. So as this is going on younger farmers are finding it increasingly difficult to build up enough equity to get a stake in dairy farms.”

He said some young farmers could still get on the ladder with 50/50 share milking – then the market tightened with the Global Financial Crisis.

A number of the owners of the bigger operations who had sharemilkers on decided to put them off and put in good managers to ”maintain profitability and survive”.

”That cut off the opportunity for them to get on the land.”

Subsequent events and difficulty with labour due to Covid has meant the responsibility of running those farms with suitably qualified people has become harder.

”So what we are seeing now is the 50/50 share milking is coming back more frequently than in the past. It was seen then they were getting a disproportionate share in relation to the value of the total asset…it was getting out of hand.”

The sector also continues to grapple with succession planning.

But now it was starting to see the odd farmer who did not have anyone to succeed them on the farm give loyal employees an entry pathway.

”They virtually giving them an equity share on the farm. They will give them a payment sufficient enough to get a stake in the property which will help bring a bank on board.”

It has been a topsy-turvy 30 years, Peacock said, and now the cost of compliance and changing requirements around water were major issues.

Meanwhile, the dairy footprint was getting smaller as farms were going to forestry or for dairy finishing block or horticulture or for urban expansion, he said.

Figures from the Real Estate Institute of New Zealand show nationally 1748 farms were sold in the year to June 2021 that was 51.5 per cent more than the year before.

”There are opportunities to put dairy farms into horticulture like kiwifruit and avocados. If land can be converted to that it is attracting a premium and some sellers are taking advantage of the kiwifruit wave.”

Clutterbuck said some families did not have anyone to succeed them so they were moving out of the industry while others had chosen to exit on the back of good commodity prices.

But there were still farms changing hands that would stay in dairy.

”At the moment there are active buyers in the market that have gotten back into dairying or increased their portfolio.

Agriculture minister: Regulations part of efforts to meet challenges as a nation

Agriculture Minister Damien O’Connor told NZME said New Zealand has a proud history of being leaders in the efficient production of quality food and fibre.

”The changes we’re embarking on are our collective effort to front-foot these challenges. To see them as opportunities.”

Nevertheless, change was unsettling and it can be stressful. ”I get that.”

To help manage change the Government had committed $37 million in Budget 21 for farmers to integrate upcoming freshwater and climate requirements into their farm plans.

The integrated farm planning approach draws on current programmes in a way that aims to reduce compliance duplication, he said.

”But regulation is only one part of the picture, our Sustainable Food and Fibre Futures programme has invested $111 million to date in industry-led partnerships totalling $250 million. And then there are numerous industry assurance programmes helping us shift the dial, and that’s to be applauded.”