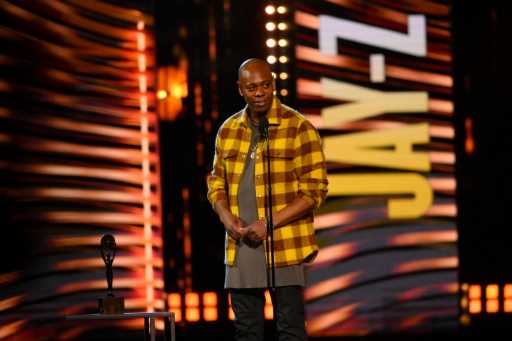 Comedian Dave Chappelle reportedly booked a last-minute show at Shea’s Performing Arts Center in Buffalo, NY. He did so, according to a spokesman for the venue and posts on social media from those who there there, to honor the families of the 10 who were killed and three who were wounded last month when a teen staged what police deem a racially-motivated attack at a Buffalo supermarket last month.

“He said, and I’m paraphrasing, ‘I came here to Buffalo to recognize the victims and for these families,’” recalled Shea’s director of marketing and communications Kevin Sweeney.

Chappelle also told those attending that some of the victims’ families were in the audience and that he was donating all proceeds from the show to them.

The comedian booked his appearance at the 3,000-plus-seat arena just four days prior, and tickets promptly sold out.

Chappelle had his own run-in with public violence last month when a man allegedly armed with a knife stormed the stage at the Hollywood Bowl and attempted to tackle the comedian.

Dave Chappelle Attacker Pleads Not Guilty, Is Ordered To Stay 100 Yards Away From Comedian –