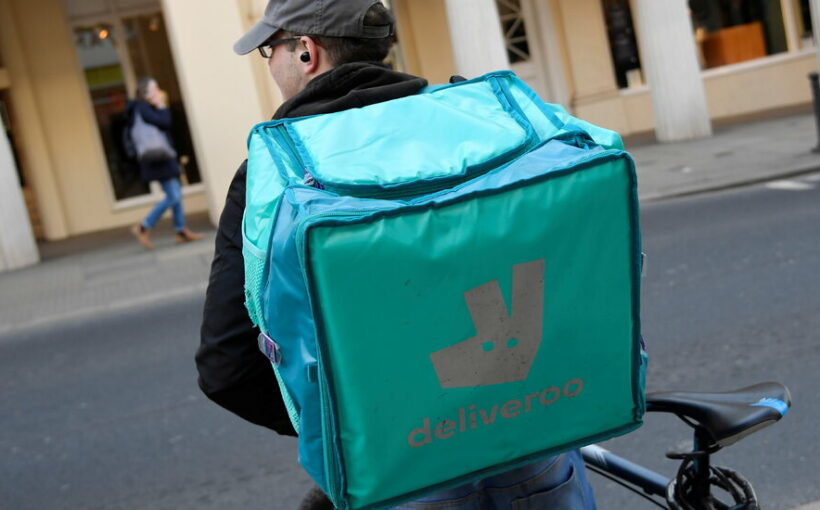 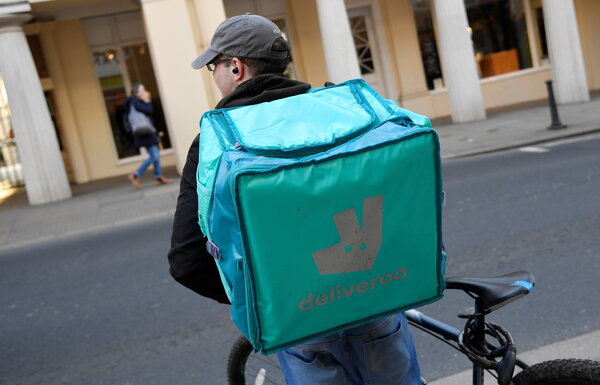 Deliveroo, the British food delivery service, dropped as much as 30 percent in its first minutes of trading on Wednesday. The company had set its initial public offering price at 3.90 pounds a share, for a market value of £7.6 billion or $10.4 billion. But it first traded at £3.31, 15 percent lower, and kept falling.

It’s a gloomy public debut for the company that was promoted as a post-Brexit win for London’s financial markets. Its offering has been beset by major investors planning to sit out the I.P.O. amid concerns about shareholder voting rights and Deliveroo rider pay. Deliveroo is trading under the ticker “ROO.”

The business model of Deliveroo and other gig economy companies is increasingly under threat in Europe as legal challenges mount. Two weeks ago, Uber reclassified more than 70,000 drivers in Britain as workers who will receive a minimum wage, vacation pay and access to a pension plan, after a Supreme Court ruling. Analysts said the move could set a precedent for other companies and increase costs.

Deliveroo, which is based in London and was founded in 2013, is now in 12 countries and has over 100,000 riders, recognizable on the streets by their teal jackets and food bags. Last year, Amazon became its biggest shareholder.

Demand for Deliveroo’s services could soon diminish, as well, as pandemic restrictions in its largest market, Britain, begin to ease. In a few weeks, restaurants will reopen for outdoor dining. Last year, Deliveroo said, it lost £226.4 million even as its revenue jumped more than 50 percent to nearly £1.2 billion.

Last week, a joint investigation by the Independent Workers’ Union of Great Britain and the Bureau of Investigative Journalism was published based on invoices of hundreds of Deliveroo riders. It found that a third of the riders made less than £8.72 an hour, the national minimum wage for people over 25.

Deliveroo dismissed the report, calling the union a “fringe organization” that didn’t represent a significant number of Deliveroo riders. The company said that riders were paid for each delivery and earn “£13 per hour on average at our busiest times.” In Britain, Deliveroo has 50,000 riders.

On Monday, shares traded hands in a period called conditional dealing open to investors allocated shares in the initial offering. The stock is expected to be fully listed on the London Stock Exchange next Wednesday and can be traded without restrictions from then.