Home » Business » Demi Lovato: The 5 most revealing songs on her triumphant new album ‘Dancing with the Devil’ 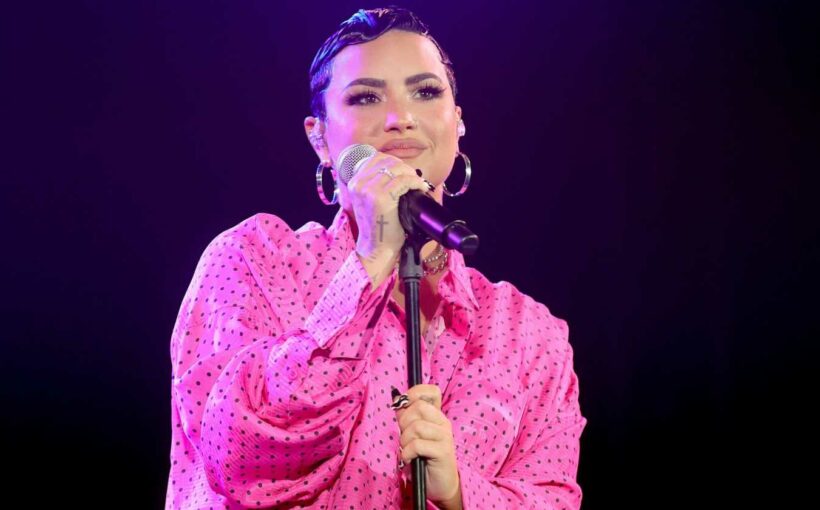 It was the most emotionally raw we’d ever heard Lovato, 28, whose unflinching honesty and empowering messages are core tenets of her brand. But “Anyone” was just a small taste of what’s in store on “Dancing with the Devil… The Art of Starting Over,” out Friday, her seventh studio album and an at times stunningly autobiographical look into the former child star’s recovery journey.

Demi Lovato pursued contact with her perpetrators after her assaults. It’s more common than you think.

The lofty 19-track album serves as a companion to her explosive YouTube docuseries “Dancing with the Devil,” which launches its fourth and final episode Tuesday. Although not as cohesive as her last effort, 2017’s R&B-flavored “Tell Me You Love Me,” the new album is achingly beautiful in its specificity, as Lovato details insecurities around body image and love (“The Way You Don’t Look at Me”), and makes peace with her late estranged father (“Butterfly”). And despite collaborations with Ariana Grande (“Met Him Last Night”) and Saweetie (“My Girlfriends are My Boyfriends”), it’s her haunting, harmonious team-up with Noah Cyrus on “Easy” that practically runs away with the entire record.

In her YouTube docuseries, Lovato reveals that she was temporarily legally blind when she woke up in the intensive care unit following her overdose. Her younger half-sister, Madison, was standing by her hospital bed but the singer was unable to see her. The situation paralleled Lovato’s 2012 decision to get clean after her parents told her she was barred from seeing Madison until she was sober.

Demi Lovato debuted her emotional ballad "Anyone" at the Grammys last year. She recorded the song just four days before her 2018 overdose. (Photo: Matt Sayles/Invision/AP)

Lovato’s desire to be a role model and comfort to Madison is the basis of the piano ballad “ICU,” a heart-tugging ode to their sisterly bond that also plays with the phrase “I see you.” “I promise I’ll be there, don’t worry,” Lovato belts in the chorus. “Because I was blind but now I see clearly. ICU.”

The album’s best song and a sure-to-be fan favorite, “Melon Cake” has the elastic hook and thumping bass line of a Marina track but with a uniquely Lovato stamp. The pop star previously revealed how her former management team strictly controlled most aspects of her life for years as she recovered from an eating disorder. Dietary restrictions included birthdays when they denied her actual birthday cake and instead gave her watermelon cake, a carved-up watermelon with fat-free whipped cream on top.

Now managed by Scooter Braun (Justin Bieber, Ariana Grande), Lovato flips that unsavory image into a symbol of liberation on the ear-wormy “Melon Cake.” “No more melon cakes on birthdays / no more barricades in doorways,” she coolly declares over a buoyant synth beat. “Finally get to do things my way.”

‘Dancing with the Devil’: The biggest revelations from Demi Lovato’s YouTube docuseries

Remember Max Ehrich? The “Young and the Restless” actor briefly flirted with fame last July when he got engaged to Lovato, only for them to call it quits two months later. Leading up to the split, many of Ehrich’s old posts resurfaced on social media, in which he appeared to badger Selena Gomez, Miley Cyrus and Ariana Grande with marriage proposals and flirtatious comments.

Lovato pointedly calls out Ehrich on fierce kiss-off “15 Minutes,” admitting that she wasn’t perfect but he didn’t care about their future together. “Ain’t goodbye but it’s good riddance / you got 15 minutes,” she says. “Hope you enjoy your 15 minutes.”

Demi Lovato has no secrets in "Dancing with the Devil." (Photo: YouTube)

And in case you still have any doubt she’s shading her ex-fiancé, Lovato explicitly references cringey photos taken of Ehrich last October, when he was photographed alone on the beach in Malibu, California, crying and seemingly praying in the same spot he proposed.

A Sheryl Crow-style rock anthem about Lovato’s somewhat polarizing choice to be “California sober,” meaning she drinks alcohol and smokes weed in moderation. In the song’s first verse, the singer explains that she’s “tired of being owned for my sickness” and of “history repeating” itself, having suffered relapses while striving to be 100% sober. She says she’s ready to try something different, hence her new lifestyle.

“I’m California sober,” she belts in the soaring (and extremely catchy) chorus. “It doesn’t have to mean the growing part is over / No, it ain’t black or white / it’s all of the colors that I’ve only just discovered now.”

Given all Lovato’s heartbreaking revelations about her rape, relapses and health complications from her overdose, it’s impossible not to still worry about the pop star after watching “Dancing with the Devil.” But as her friends, family and team acknowledge at the end of the docuseries, she’s now living life completely on her terms, and it’s important to respect and trust she’ll do what’s best for her.

Demi Lovato's seventh studio album "Dancing with the Devil … The Art of Starting Over" is out April 2. (Photo: Angelo Kritikos)

Lovato ends the album on a similarly hopeful note with “Good Place,” a quietly powerful, mostly acoustic track about how she once chose “drugs over love.” But after putting in the hard work to better herself, she’s now “doin’ alright.”