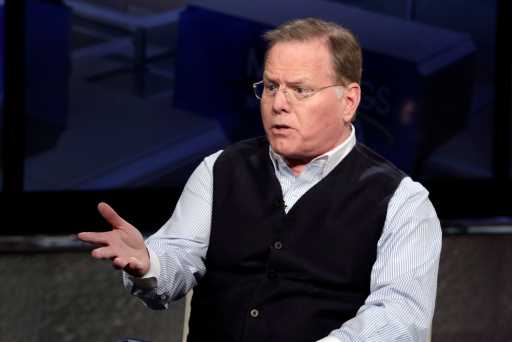 Discovery CEO David Zaslav, a week after announcing a $43 billion deal to merge with WarnerMedia in a spinoff from AT&T, sees validation in today’s news that Amazon is swallowing MGM.

“I don’t think Amazon got the idea for Amazon from us, but we’re happy about that deal,” he said at a virtual conference hosted by J.P. Morgan. “Look at the value. It’s all about the IP. Bob Iger said that to me eight years ago. Everybody said, ‘What are you doing with Pixar? You’re overpaying. You overpaid for Star Wars.’”

He claimed that AT&T’s media portfolio contains “the greatest treasure of global IP that’s loved by everyone in the world.” Given the nearly $8.5 billion valuation for Amazon-MGM, he added, “You look at the value of MGM and you say, ‘Wow. What does that mean we’re worth if we can make this come together?’ And we think we can.”

Moderator and J.P. Morgan media analyst Alexia Quadrani didn’t ask specifically about Amazon-MGM but more generally about consolidation. The news about the home of James Bond and Rocky Balboa being sold, which had been reported as imminent over the past few weeks, became official just as the virtual panel was concluding.

The bulk of the 40-minute session yielded few surprises or new insights about the WarnerMedia transaction, which will set Zaslav up as CEO of the new entity. Any sense that the session would feature anything particularly hard-hitting dissipated in the opening moments, when Zaslav thanked J.P. Morgan for its role in helping arrange financing for the WarnerMedia deal.

Ad-supported streaming, he said, is a strategic pillar of the merger, Zaslav said. Discovery launched streaming service Discovery+ in January and has said its total streaming subscriber base — led by Discovery+ — reached 15 million by April. WarnerMedia’s HBO Max launched a year ago and has hit 44.2 million subscribers in combination with regular HBO. The companies have not indicated their plans for either combining or bundling the services, but Zaslav — a longtime sales executive at NBC before he took the top job at Discovery — singled out advertising as the key.

Not only will the combined efforts rival Netflix and Disney at the top end of the streaming market, he said, but it will be the first entity to do so with advertising. HBO Max with Ads, a cheaper offering, is rolling out in two weeks. Discovery+ has a version without ads, but most of its subscribers opt for the version with four minutes of commercials per hour. (Zaslav prefers the term “ad-light.”)

“We’re going to learn a lot over the next year,” Zaslav said, indicating the expected closing timeframe for the deal. “We have some great plans for what we think we want to do.”

The general ad climate is favorable, Zaslav noted, with scatter pricing up 50% at some networks. “This is probably going to be the strongest upfront in my lifetime in this business, and I’ve been in this business a long time,” he said. “We learned that this ad-light product is a ‘wow.’ … Advertisers are saying, ‘Give us more.’”

As we scale this up, you have these three great companies, you have Netflix and Disney and you have Amazon looking to be more global and maybe this [MGM] transaction will help them do that. If a portion of our scale … is ad-light and we’re a global platform of scale that’s ad-light, that’s a really unique differentiation. Advertisers, I think, will be really excited about that opportunity.”