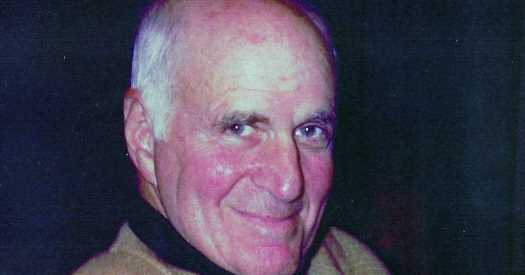 A founder of the Lechters housewares chain, he and his wife focused their philanthropy on a profession they felt had been largely ignored. 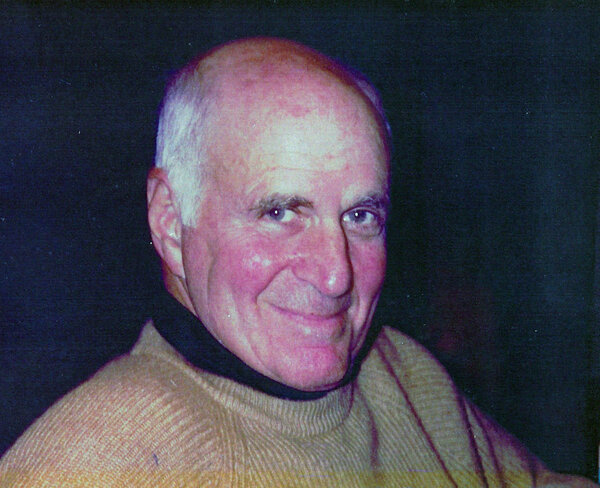 Donald Jonas, whose success as a retailer enabled him and his wife to amass an impressive collection of Abstract Expressionist paintings, a good number of which they ultimately sold to finance philanthropy geared especially toward nurses, died on July 23 at his home in Manhattan. He was 92.

His death was confirmed by his family.

Mr. Jonas and his wife, Barbara, began collecting art in the 1970s, primarily for their own enjoyment. “We never, ever bought with an investment view,” Ms. Jonas told The New York Times in 2005. “We bought because we loved the work.”

The decision to sell some pieces that year and use the proceeds to do good, Mr. Jonas told The Times, was influenced by two men he considered mentors: Sol Price, the founder of the warehouse store chain Price Club, and Lawrence Wien, a New York real estate magnate.

“They used to tell me, give while you’re alive,” Mr. Jonas said.

“The art was always going to be given at our death to charity,” he added. “But as the value of the work kept appreciating, the thought was, why not give ourselves the joy of doing it in our lifetime?”

The resulting auction of some 15 works, about two-thirds of the Jonases’ collection, included pieces by Willem de Kooning, Franz Kline, Robert Rauschenberg and Mark Rothko. It yielded $44 million.

The couple steered their initial giving from that sum toward helping veterans and nurses. Mr. Jonas said the idea of supporting nurses appealed to him because he felt nursing was an “uncrowded beach” that other philanthropists had ignored.

It was also, in his view, essential.

“Everyone needs nursing, and always will,” Mr. Jonas said in 2017 when he and his wife were awarded honorary doctorates by Frontier Nursing University in Kentucky. “The nurses are the backbone of our health system.”

Donald Lee Jonas was born on Oct. 16, 1929, in Manhattan. His father, Joseph, worked in the family retail business, Jonas Shoppes. His mother, Bessie (Leisersohn) Jonas, was a homemaker.

Mr. Jonas attended Horace Mann School in the Bronx, where, by his own account, he was an indifferent student and skipped class regularly. After graduating, he enrolled at the University of Richmond in Virginia, but he dropped out as a freshman to return home after his father died of a heart attack at a store the family owned on 14th Street in Manhattan.

While helping to care for his mother, Mr. Jonas worked in the family business, which had been founded in 1895 by his grandfather Samuel Jonas, a Polish immigrant who started as a milliner before expanding to sell other kinds of women’s clothes.

After learning the retail trade and serving in the Marines during the Korean War, he started his own company in 1953. He sold inexpensive women’s clothing from spaces leased inside department stores and other outlets.

Doing business under the name Barbara Lynn Stores (for his wife), Mr. Jonas navigated the ups and downs familiar to discount retailers over the next two decades. At its peak, the company operated over 140 women’s apparel departments and 19 stores of its own, according to a 1992 article in Forbes. He was also chairman of a successor company, Belscot Retailers.

Eventually, big discount chains like Kmart began to dominate the sector, prompting Mr. Jonas to try something that proved to be his best-known venture: a collaboration with Albert Lechter, who had been running housewares sections in Mr. Jonas’s stores.

With department stores scaling back their kitchenware sections, Mr. Jonas and Mr. Lechter, who died in 2017, devised plans for a store that sold pots, pans, vegetable peelers, slotted spoons, aprons and most anything else a home cook might want. They called it Lechters Housewares and opened their first store in a Rockaway, N.J., mall in 1977.

“Malls were the hot retailing element,” Mr. Jonas told Forbes. “If you could develop a format, you could place it almost anywhere.”

But as happened in Mr. Jonas’s previous chapter, an inexorable competitive threat loomed, this time in the form of so-called big-box retailers like Bed Bath & Beyond and Linens ’n Things. Swamped by its larger rivals, Lechters went out of business in 2001.

By then, Mr. Jonas and his wife had built up their art collection, while also becoming more involved in philanthropy. Within a few years, they were tapping one to pay for the other.

He is survived by his son, John Jonas; his daughter, Kirby Jonas; his sister, Susan Jonas; two grandchildren; and two great-grandchildren. Barbara Jonas, who in addition to engaging in philanthropy and art collecting worked as a psychotherapist and social worker, died in 2018.

Having started Jonas Nursing and Veterans Healthcare not long after the art sale, the couple broadened their charitable efforts in 2018 by establishing Jonas Philanthropies.

While continuing to aid nurses and veterans, the organization also provides assistance for vision-related health initiatives and supports programs that address the impact of toxic chemicals, contaminants and pollutants on prenatal and child health. It has also helped finance a drive to plant 10 million trees around the world by 2025.

The organization’s Jonas Scholars program has supported 1,400 nursing students, including 59 doctoral candidates. Jennifer Kim, a Vanderbilt University School of Nursing professor, is among those who have benefited.

In an interview, Professor Kim said that participating in the program had strengthened her ties to others in the profession, and that the stipend she received while pursuing her doctorate had provided significant financial relief.

More than that, she said, the support from Mr. and Ms. Jonas was important affirmation for nurses and the work they do. “It’s so uplifting,” she said, “to feel that someone recognizes us.”