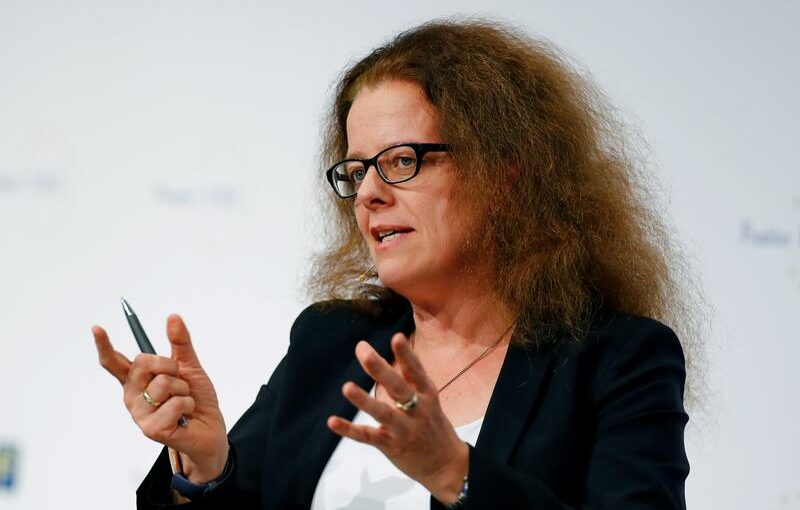 FRANKFURT (Reuters) -The European Central Bank is aware of people’s concern about high inflation but is very unlikely to raise interest rates next year as price pressures are set to abate, ECB board member Isabel Schnabel said on Thursday.

“This high inflation is causing growing concerns among people and we are taking these concerns very seriously,” Schnabel told a financial conference.

“There remain good reasons to believe that inflation in the euro area will visibly decline over the course of next year and gradually fall back below our target of 2% in the medium term, meaning that the conditions … for raising rates are very unlikely to be satisfied next year,” she added, echoing earlier comments from other policymakers.

Euro zone inflation exceeded 4% last month, twice the ECB’s target, and is set to go higher, irking some in Germany, the euro zone’s biggest economy and a long-time critic of the ECB’s ultra easy monetary policy.

But the bank has long argued that most factors pushing up prices are temporary and related to the economy’s post-pandemic reopening, so once they pass, price growth will fall sharply.

“A premature tightening of monetary policy would hurt economic growth and negatively affect employment, including for those people that are still out of work,” Schnabel said.

Still, she acknowledged that the bloc was near the end of the pandemic emergency period, a key condition for ending emergency bond purchases, now slated for next March.