Home » Business » Economist predicts how Omicron will impact the economy 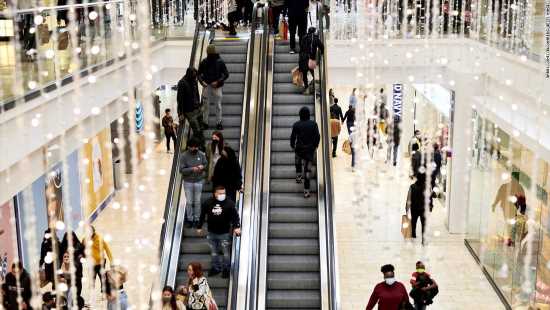 Mark Zandi is chief economist of Moody’s Analytics. The opinions expressed in this commentary are his own.

Americans are feeling glum about the economy. We know this from all the surveys. And yet, lots of jobs, higher wages and wealthier households are powering booming sales this holiday shopping season. How we square the circle of our bleak mood and the economy’s robust recovery is critical to the 2022 economic outlook. Either our mood improves, or we may start acting the way we feel and the economy will falter.

Not surprisingly, the University of Michigan’s consumer sentiment survey cratered when the pandemic first hit. What is surprising is that the latest survey shows that sentiment remains as dark as it was during the early days of the pandemic.

There are only a handful of times in the survey’s long history when people have been so on edge. In all of those times, the economy was in the throes of recession. Indeed, recessions are always preceded by big declines in consumer sentiment, as they are a collective loss of faith in the economy’s future. People run for the proverbial bunker to be sheltered from the coming economic storm, and by so doing, ignite the storm.

But the economy is far from recession — the recent economic statistics are downright impressive. The economy has created well over half-a-million jobs on average each month this past year. Unemployment is falling fast and isn’t much higher than it was prior to the pandemic, and wages are rising robustly, especially for those in low-wage jobs. Many are a lot wealthier, as the stock market has posted records all year, and house prices have rocketed higher from coast to coast. And this season is stacking up to be one of the best ever for retailers. 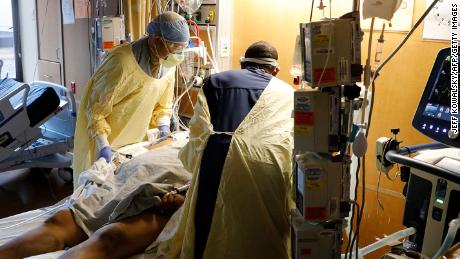 So why the current gloom? Most obviously, it is the pandemic. Sentiment was hammered when the pandemic hit nearly two years ago and has wallowed ever since. What is especially hard to process has been the Delta wave of Covid-19, as it dashed hopes that the vaccines, which were first rolled out this time last year, would put an end to the pandemic. Remember President Biden’s “summer of freedom” from Covid?

Our freedom was short-lived. Too many Americans refused to get vaccinated and take other precautions, and the virus has evolved. Delta is now giving way to the Omicron variant, which requires that we get booster shots to avoid the worst of the virus, but too few of us have. Delta, and now Omicron, make clear that the pandemic is not over, and optimism over the pandemic was misplaced.
The recent surge in inflation is also unnerving, especially for many Americans who’ve had no experience with quickly rising prices. The last time inflation was high enough to be financially painful was almost 40 years ago in the early 1980s. Baby boomers and their parents may remember the sting of having to pay a lot more to fill a gasoline tank or make Christmas dinner, but younger generations have no such context.
Adding to the shock of the price increases is that they seemingly came out of nowhere. Just a year ago, before the vaccines and the economy’s full reopening, many businesses in the retail, travel, recreational and personal service industries were still cutting prices in an effort to attract customers and survive. The Delta wave of the virus changed all of that, as it badly scrambled global supply chains and exacerbated labor shortages, causing businesses to raise prices.
The surge in gasoline prices has only magnified the enormity of the price increases in peoples’ consciousness. It is a price that many see several times a day, and is something of a litmus test for their overall financial situation. Around Thanksgiving, when many people took to the roads to visit family, the nationwide price of a gallon of regular unleaded topped out near $3.50. Gas has been more expensive in times past, but not often.
People may also be freaked out that not only are they paying much higher prices for most everything, but there are some things they can’t get at all, at least not quickly. Car dealer lots, which are as barren as they’ve ever been, are the poster child for this. Even getting needed parts for almost any type of household repair is difficult. At times, it has also been tough to come by products ranging from consumer electronics and furniture to pet food and toys. 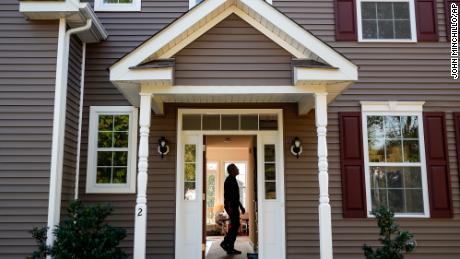 Our dysfunctional politics have also put a dark hue on how we see things. Whether our political party is in power has long held sway over our perceptions. The day after Joe Biden won the presidential election, Republicans turned much more pessimistic and Democrats more optimistic. But the acrimony over the election has seemingly since boiled over. The January 6 insurrection and the Congressional investigation into it are a testament.
If my diagnosis of what ails the American psyche is roughly right, then we won’t get our groove back anytime soon. A fourth wave of the pandemic is already forming, this one powered by the Omicron variant, of which we still know little about. And our acid political discourse is more likely to get worse than better as the midterm elections get closer.

But we should soon get relief from runaway inflation. Gasoline prices have fallen in recent weeks and are set to fall further with the decline in global oil prices. Supply chains are slowly working through their bottlenecks, and it appears the worst of the worker shortages is behind us as labor force participation is pushing higher.
So, which is it? Will our dour mood drag the economy down or will the strong recovery continue to prevail and eventually lift our spirits? The latter remains more likely, but I say this with less and less confidence as the pandemic drags on and our politics turn less civil.
Source: Read Full Article