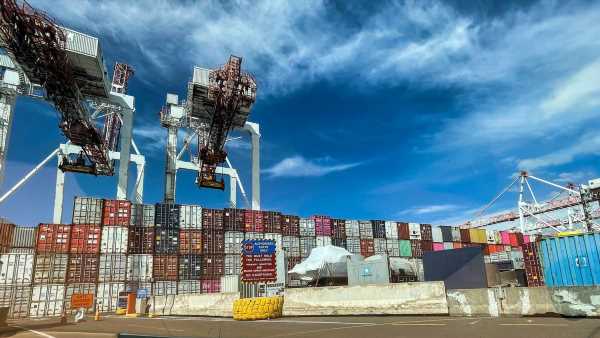 A bid to fast-track a $68.5m Port of Tauranga plan to extend wharves and dredge the harbour has been rejected – despite fears that delaying the project will worsen supply chain congestion.

Now an application will be made to the Environment Court but a hapū iwi affiliate ofTauranga Moana says it has concerns about potential impacts on the environment, harbour and residents.

Documents from the Ministry of Environment show the Port of Tauranga wanted to extend the existing Sulphur Point and Mount Maunganui wharves and dredge an access channel to accommodate growing cargo volumes and larger vessels. It sought a special fast-tracked consent process.

However, the ministry decided it was more appropriate for the project to go through a standard consenting process under the Resource Management Act as there was a fair expectation submitters should be involved in consenting decisions on the project.

“Some activities involved will occur in the public domain,” the decision states.

The port now plans to lodge its case with the Environment Court “due to the national significance of the project'” and says without it “New Zealand is looking at severe capacity constraints on exports within a few years”.

An independent economist estimated the $68.5 million project at the port could create 368 jobs in the construction phase and more than 81 permanent jobs after completion.

A Ministry for the Environment spokesperson said as of April 19, the minister had received 45 applications nationwide for fast-tracking consents.

Of those, 17 had been referred (16 having received a referral via the order in council process), 10 were declined, three withdrawn and the remainder were still in the process.

The Fast Track Consenting Act provides a quicker consenting pathway for eligible projects in a bid to create jobs as the country recovers from the economic and social impacts of Covid-19.

A Port of Tauranga spokeswoman said due to the national significance of the project and the increasing urgency to ease supply chain congestion, the port had recommended the application be referred directly to the Environment Court.

“We are considering this option and will submit a resource consent application to the Bay of Plenty Regional Council in coming weeks.”

Direct referral would ensure the proposal could be considered with input from iwi and hapū, but not be hampered by the lengthy delays typical of the traditional resource consent process, she said.

“Congestion in the upper North Island supply chain is only getting worse and we have a two-year construction timeframe.”

The port had also engaged with iwi and hapū, she said.

“We have already undertaken extensive consultation, research and design to avoid or mitigate any cultural and environmental impacts. We value our relationships with iwi and hapū and have been consulting with them for more than a year on this project.”

She said the berth extension would not necessarily bring more ships, but would let the port host several larger vessels at once.

“Without the berth extension, New Zealand is looking at severe capacity constraints on exports within a few years.”

Last week Retail NZ chief executive Greg Harford said the congestion and disruption at the ports were unprecedented and warned shoppers price hikes were likely, as were empty shelves for some products.

Tauranga Moana iwi hapū affiliate Matemoana McDonald said she was aware of the consultation process for the port proposal and had been part of a receiving group.

No decision had to be made to support or oppose the Port of Tauranga’s consent application but it had concerns.

She hoped these concerns would be addressed.

Bay of Plenty Regional Council consents manager Reuben Fraser said it had received a draft application for initial feedback from the Port of Tauranga, but a formal application was yet to be lodged.

“The Port of Tauranga is consulting with tangata whenua and that needs to be concluded before they can submit a formal application.”

The council would use an independent consultant to process any port consent due to the regional council’s investment arm, Quayside Holdings Limited, holding a 54 per cent shareholding in the Port of Tauranga.

“Any decisions will be made by independent.”

The Environment Ministry also declined an application to fast-track consent to build a Mega Mitre 10 at Pāpāmoa.

The application also included plans for a medical centre at 160 Domain Rd, Pāpāmoa.

The ministry found the project might have some public benefits but there was also the potential for significant adverse effects, including impacts on existing infrastructure.

“There is concern that these effects will not be adequately resolved within the constraints of the fast-track consent process. The project is not suitable for fast-tracking and should be processed under the RMA.”

Documents noted the local planning framework did not support a commercial centre development of this scale outside the urban boundary and it would be unlikely to have the appropriate servicing infrastructure.

And an out-of-zone development in this location is unlikely to be supported with the appropriate servicing infrastructure to enable the development to proceed quickly.

Mitre 10 chief legal and property officer Grant Fraser said although the fast-track application had been declined it was continuing to work through options with Tauranga City Council to take the development forward.

The Bay of Plenty was one of the fastest-growing regions in the country and a Mitre 10 MEGA store in Pāpāmoa would support the community and the local trades and construction industry, he said.

“The new store would be a multimillion-dollar investment in the region and would create a significant number of new jobs for the local community.”

Tauranga City Council’s environmental planning manager Dan Smith said it had been involved in a number of pre-application meetings regarding this proposal.