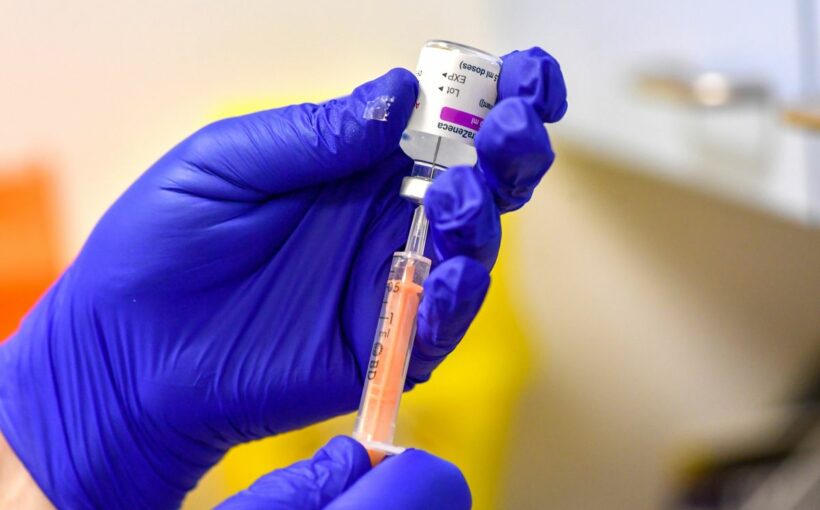 The clash between the European Union and drugmakerAstraZeneca Plc over Covid-19 vaccine delays temporarily descended into chaos on Wednesday before the two sides confirmed that a crunch call to resolve the standoff will take place.

Earlier on Wednesday, an EU official said the company had pulled out of the planned talks with the European Commission and government representatives. The official, who asked not to be named, said Astra executives had sent an email on Tuesday evening withdrawing “because there are too many moving parts.” The cancellation was disputed by Astra, and the EU subsequently said discussions were back on.

The contradictory statements were just the latest twist in a saga that erupted late last week when Astra warned of delays at a production plant in Belgium. That was followed by public disagreement over contract terms, accusations of blame, and eventhreats to put limits on vaccine exports. The latest confusion — which pushed the life-and-death issue into the realm of farce — is also an echo of the broader disorganization that’s marked the EU’s rollout of coronavirus shots so far.

Iskra Reic, Astra’s Executive Vice-President for Europe and Canada, will take part in the meeting, where the EU wants to get more details about the delay to the rollout of shots. Governments are desperate to speed up the vaccination, as it’s proved sluggish so far, and also keen to avoid taking the blame.

The on-off status of the call emerged after Astra Chief Executive Pascal Soriot used an interview with European newspapers to deflect responsibility to the EU. He said the company has a so-called best-effort agreement that doesn’t specify a quantity. That’s because the EU insisted on receiving the AstraZeneca vaccine about the same time as the U.K. despite putting in its order three months later.

A key part of the disagreement is the use of vaccines produced in U.K. factories. Speaking on condition of anonymity, an EU official said that Soriot’s claim that the U.K. has priority on vaccines from British plants doesn’t exist in the contract.

The EU’s vaccination pace is lagging way behind the U.S. and the U.K. in terms of the share of its population inoculated, according to Bloomberg’s global tracker. Soriot said that once Astra gets EU regulatory approval — expected within days — it will ship at least 3 million doses immediately, with a target of 17 million by February.

That should help Europe accelerate vaccinations and get economies closer to exiting damaging lockdowns that have crippled industries and causedgrowing discontent. Soriot suggested he understands that the situation is difficult for leaders across Europe, where Brussels has coordinated a vaccine-buying program.

“Everybody is getting kind of a bit, you know, aggravated or emotional about those things.” he said in the comments published in La Repubblica and other newspapers. “But I understand because the commission is managing the process for the whole of Europe.”

In an effort to alleviate supply shortages, French drugmaker Sanofi said it has agreed to help produce more than 125 million doses of the shot Pfizer Inc. developed with Germany’sBioNTech SE. That shot, and one byModerna Inc., are already authorized for use.

Sanofi will provide BioNTech access to its production sites in Frankfurt starting this summer, it said in a statement Wednesday. The goal is to accelerate efforts to package and distribute the vaccine, which needs to be kept at ultra-cold temperatures.