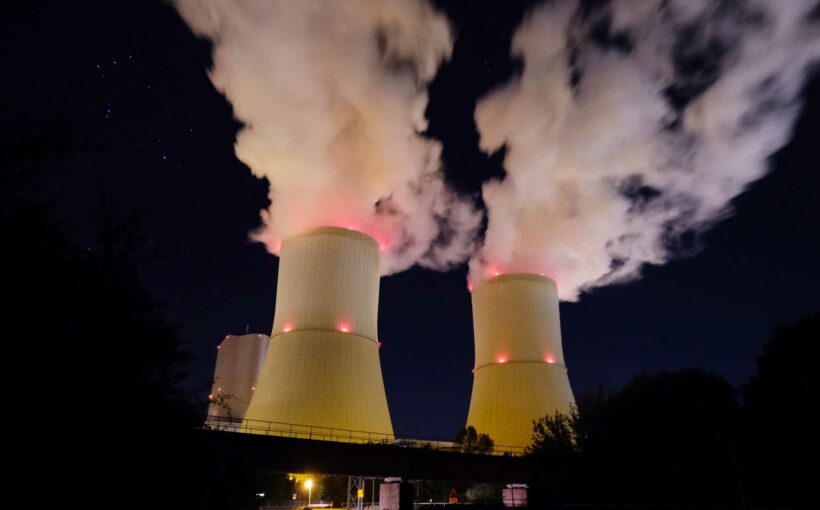 Headline inflation came in at 3.4% last month, according to preliminary data from Europe's statistics office Eurostat. This was the highest level since September 2008 when inflation stood at 3.6%. It comes after German consumer prices rose by 4.1% in September — the highest level in almost 30 years.

The rise has been driven higher by surging energy prices, deepening concern among policymakers. The front-month gas price at the Dutch TTF hub, a European benchmark, has risen almost 400% since the start of the year.

What's more, this record run in energy prices is not expected to end any time soon, with energy analysts warning market nervousness is likely to persist throughout winter.

France has become the latest country to step up measures to mitigate the costs for consumers. Prime Minister Jean Castex said Thursday the government would be blocking further natural gas price increases as well as rises in electricity tariffs. However, before these measures kick in, gas prices will rise by 12.6% for French consumers as of Friday.

Italy, Greece and Spain have also taken steps to address the price increases.

Central bankers are of the opinion recent spikes in inflation are "transitory" and that price pressures will ease in 2022.

"So, in a way it is a package of good news because it means that our economies are responding."

However, she added that energy price pressures were likely to outlast other inflationary factors, notably disruptions in supply chains.

"Energy is going to be a matter that will probably stay with us longer. Because we are transitioning, as well, from fossil industry driven sources of energy," Lagarde said.

But some economists are questioning whether all of the price pressures are temporary — and if the central bank needs to adapt monetary policy more quickly.

"The recent surge will do very little to bridge the gap between the two inflation camps: one arguing that inflation drivers are transitory and that base effects will disappear or even reverse next year and the other seeing a broad risk of accelerating inflation. We remain somewhere in the middle," Carsten Brzeski, global head of macro at ING Germany, said in a note on Thursday.

"Constantly higher inflation rates and a high risk that the ECB has actually entered a period in which its longer-term inflation forecasts frequently turn out to be too low, compared with too high in the years prior to the pandemic will put more pressure on how much monetary accommodation the euro zone economy really needs," he added

Analysts expect the ECB to give more details about its monetary policy stance at a meeting in December. Its pandemic emergency purchase program, known as PEPP, is due to end in March and ECB watchers foresee a reduction in the level of purchases in the last months of the program.

"Even if inflation stays higher for longer, we still think the [European Central] Bank will stick to its dovish approach," Andrew Kenningham, chief Europe economist at Capital Economics, said in a note Thursday.