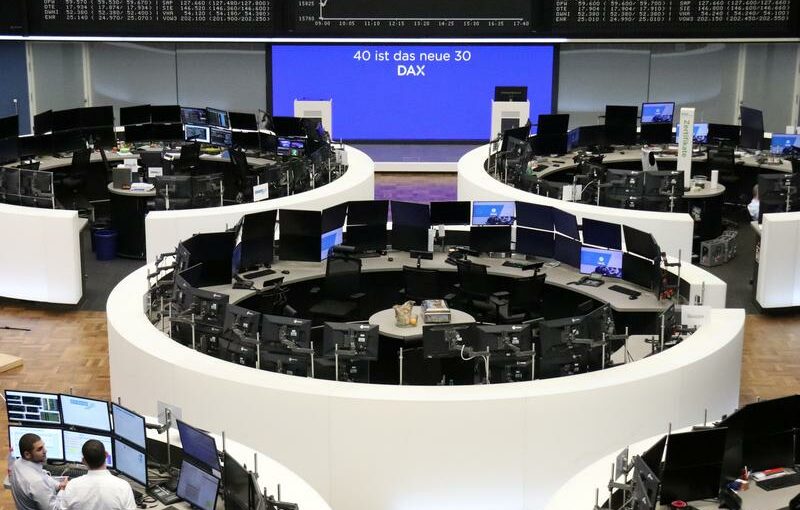 (Reuters) – European stocks hovered below record highs on Tuesday as caution ahead of a European Central Bank meeting later this week offset gains in the telecoms sector following a Deutsche Telekom deal.

The pan-European STOXX 600 index slipped 0.1% by 0719 GMT, after coming just a point below its record high in the previous session.

Media and utilities fell the most among sectors, while telecoms gained 0.8%.

Deutsche Telekom rose 2.5% after it struck a share-swap deal with Softbank Group to increase its stake in U.S. unit T-Mobile and sold its Dutch unit.

Germany’s Allianz slipped 0.5% after Reuters reported that regulators have launched an investigation into the company after the demise of some of its U.S. investment funds last year.