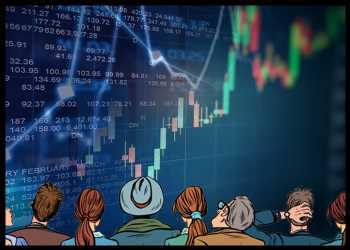 European stocks are seen opening mixed on Tuesday as investors await Eurozone and British manufacturing surveys later in the day for clues to future economic trends.

The euro hovered near 20-year lows and the British pound is not far off a two-year low against the dollar after benchmark gas prices in the European Union surged 13 percent to a record peak overnight.

Analysts at Citi warned inflation in Britain could top 18 percent if energy prices were not restrained.

Gold held steady in cautious trade after hitting a near one-month low in the previous session.

Oil prices rose after Saudi Arabia warned that OPEC could cut output to correct a recent drop in oil futures.

Asian markets were broadly lower as data showed Japan’s factory activity slowed to a 19-month low in August and activity in the services sector contracted for the first time in five months.

As recession worries mount, investors looked ahead to the release of minutes of the ECB’s last policy meeting and the economic symposium in Jackson Hole, Wyoming this week for fresh insights on inflation and the future path of interest rates.

Fed Chair Jerome Powell is expected to sound a more hawkish tone during his Jackson Hole speech on Friday morning.

U.S. stocks posted their worst daily drop in two months overnight amid worries about recession and the outlook for interest rates.

European stocks hit their lowest level in nearly a month on Monday as gas and power prices surged and rate hike fears mounted.