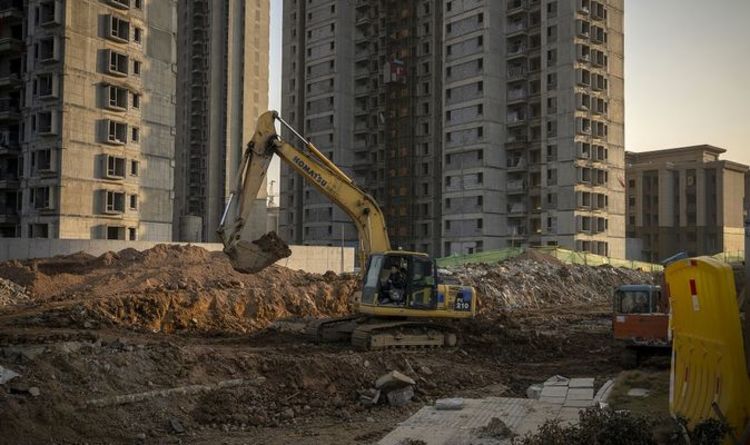 The embattled developer has until the end of today to pay $255m (£189.74m) worth of interest on two sets of bonds. The figure is considerably more than the $82.5m (£61.39m) payment it missed after a grace period expired early in December in the company’s first formal default. If Evergrande misses today’s payment it will once again trigger a 30 grace period which could see another default if payment is not made in time. Despite the demands facing it however the company is now pushing ahead with ramping up construction work.

The firm believes resuming projects and delivering to buyers will mean it can restart sales and pay off its debts.

In a recent statement, chair of Evergrande Hui Ka Yan said the company was “resuming construction work at full steam” and was aiming to deliver 115 projects in December.

He added: “We must go all out to ensure we meet the goal of delivering 39,000 units this month.”

This compares to around 10,000 per month in the last three months.

Evergrande says it has now resumed working with more than 80 percent of its decoration companies and long term suppliers.

The timing of the announcement comes as Wang Menghui, head of China’s Ministry of Housing and Urban-Rural Development told the state-run Xinhua News Agency that regulators would act to tackle the risks from leading developers failing to deliver projects on time.

After being declared in default by several major credit raters Evergrande formed a risk management committee to oversee its restructuring with an announcement last week that the group would begin to engage with creditors.

The committee consists of both Evergrande staff such as chair Hui Ka Yan as well as representatives from a number of state backed groups.

So far the Chinese government have avoided offering any sort of bailout however officials are overseeing the the work of the risk management committee and have been attempting to contain the fallout from the firm’s difficulties.

A report from Pantheon Macroeconomics described policymakers as “aiming to provide a cushion for the fall, not a bungee cord” with state owned entities absorbing failed private developments.

According to Reuters, two sources with direct knowledge of the matter confirmed Chinese authorities are scrutinising Evergrande’s assets and those of its billionaire chair however no fire sale is expected for now.

A number of developers, including Evergrande, have been selling off assets to try to raise money for their debts with a consequent fall in property prices in recent months.

With total debts of around $300bn (£223.23bn) Evergrande leads as China’s, and the world’s, most indebted developer.

However it is far from alone with other Chinese developers such as Kaisa also struggling with high levels of debt.