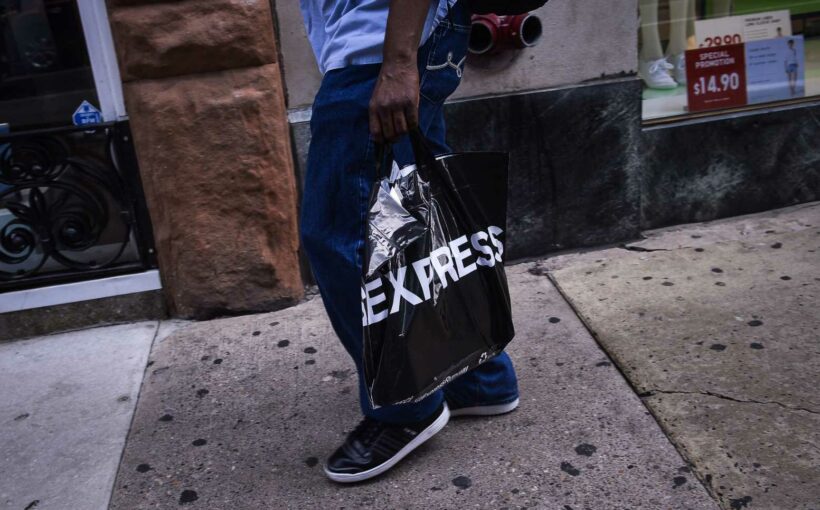 Shares of the retailer Express tumbled more than 20% Thursday, after the clothing retailer announced plans to sell up to 15 million shares.

Express plans to sell the stock, which could represent more than 22% of its shares outstanding, via an "at-the-market" equity offering. This means the newly issued stock will be sold from time to time at market prices. Its advantage is that it gives Express control over when it will offer the stock and how much stock it will offer.

In a press release, Express said it plans to use any proceeds for general corporate purposes, which could include repaying debts or investing in e-commerce.

Express' sell-off Thursday comes after the stock shot up more than 35% Wednesday, as part of a meme stock trading frenzy that has also boosted shares of AMC Entertainment, GameStop, BlackBerry and Bed Bath & Beyond.

Express shares had rallied nearly 110% over the past month. The so-called meme stocks, generally shunned by Wall Street, are being cheered by retail investors on online forums like Reddit's WallStreetBets.

By 10:30 a.m. ET, about 11.5 million Express shares had already changed hands. Over the past 10 days, its average daily volume was nearly 27 million shares. Shares of Express are up more than 615% year to date, as of Wednesday's market close. It has a market value of $349.5 million.

MKM's Meyer noted, however, that weak store traffic, ongoing softer demand for dressing up and product shipping delays remain headwinds for the mall-based retailer. Express operates more than 500 retail and factory-outlet stores in the United States and Puerto Rico.

Last year, in the thick of the Covid pandemic, Express was on many analysts' watch lists as a retailer that could be heading for bankruptcy. But the company managed to come up with additional financing, outside of a court restructuring, to keep its business afloat and outlast the health crisis.

About 7.7% of Express' outstanding shares are sold short, according to FactSet data. Short sellers borrow the stock from an investment bank and sell it in the hopes of buying it back at a lower price and returning the shares, pocketing the difference.

The latest stock offering could provide Express with more liquidity. It's not alone in using the newfound interest in its stock to help raise funds. AMC also said Thursday it plans to sell more than 11 million shares, sending shares of the movie theater chain tumbling.