Home » Fact check: Blood moon and supermoon visible May 26, moon will be closest to Earth this year 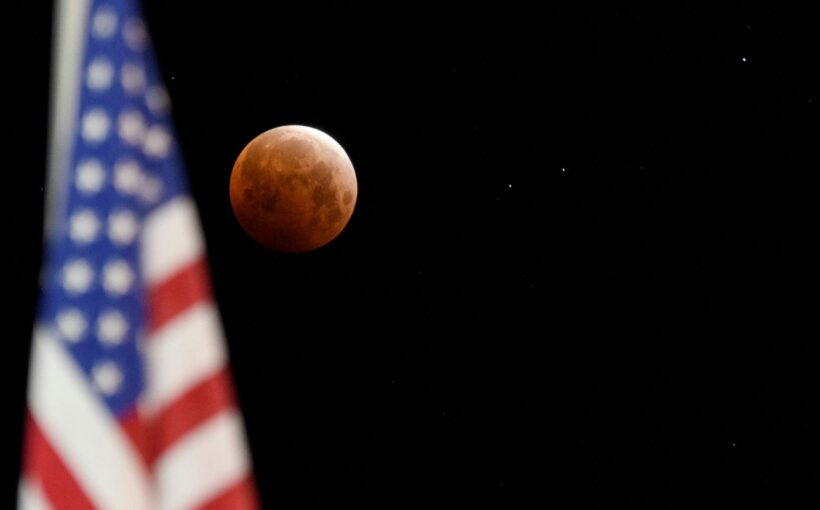 The claim: Lunar eclipse, blood moon and supermoon will all be visible May 26; moon this day will be closest to the Earth

For backyard astronomers and space enthusiasts alike, May 26 marks a special day to see something quite unusual in the night sky.

“The world will witness, Lunar Eclipse, Blood Moon & Super Moon all together,” claims a May 25 Facebook post below images of an eerie blood-red moon.

If these three incredible phenomena aren’t enough, the post also claims the usually bright-white moon will be the closest it will ever be to Earth for this year.

Fact check: Image of Saturn is an artist’s rendering, not an up-close photo

As many in various parts of the world such as Hawaii, Australia and East Asia can attest, a looming red orb against a dark backdrop is a real sight. This claim is correct, with one slight asterisk on the definition of a blood moon.

What is a blood moon?

May 26’s lunar eclipse gets its red coloring from the Earth. The atmosphere surrounding the larger planet acts as a filter, scattering blue light but allowing red light to seep through.

As the moon travels along its orbit around Earth, it will inevitably come to a point where the Blue Planet casts a shadow because it blocks the sun’s radiating light. (This light is otherwise reflected off the moon, giving it a luminescent appearance.)

When the moon is full and reaches this shadowy point in its orbit, it’s then engulfed in darkness, and the event is called a lunar eclipse.

How much darkness though varies depending on where exactly in Earth’s shadow the moon is. Total lunar eclipses happen in the deepest part of the shadow, called the umbra. Partial eclipses happen when the moon is partly in the umbra or entirely in the penumbra with only some sunlight blocked.

While full moons occur once a month, lunar eclipses don’t happen that frequently because of the five-degree tilt in the moon’s orbit, which prevents it from matching perfectly with Earth’s.

What is a supermoon?

As the name implies, a supermoon is when the moon appears slightly larger and brighter than it usually is.

This is because the shape of the moon’s orbit is not a perfect circle, but rather an oval or ellipse, much like a chicken egg. Throughout an orbit the distance between the moon and the earth ranges from 226,000 to 253,000 miles, according to NASA.

“The main reason why the orbit of the moon is not a perfect circle is that there are a lot of tidal, or gravitational, forces that are pulling on the moon,” Noah Petro, deputy scientist of NASA’s Lunar Reconnaissance Orbiter mission, told Space.com in 2016.

The moon must be at its fullest phase and approach its closest point for a supermoon to happen.

And despite the name, the moon isn’t actually as close as it may seem to the eyes of the beholder. Scientists call this optical effect the “moon illusion,” and it’s unclear why humans do this. Some theories suggest it may be the way the brain is hardwired to perceive size relative to the horizon or other objects.

Based on our research, we rate as TRUE the claim a lunar eclipse, blood moon and supermoon will all be visible May 26 and the moon this day will be closest to the Earth this year. Lunar eclipses are the result of a full moon falling into Earth’s shadow and a blood moon is a type of lunar eclipse. Because of the shape of its orbit, the moon will be at a shorter distance from the Earth than it usually is.