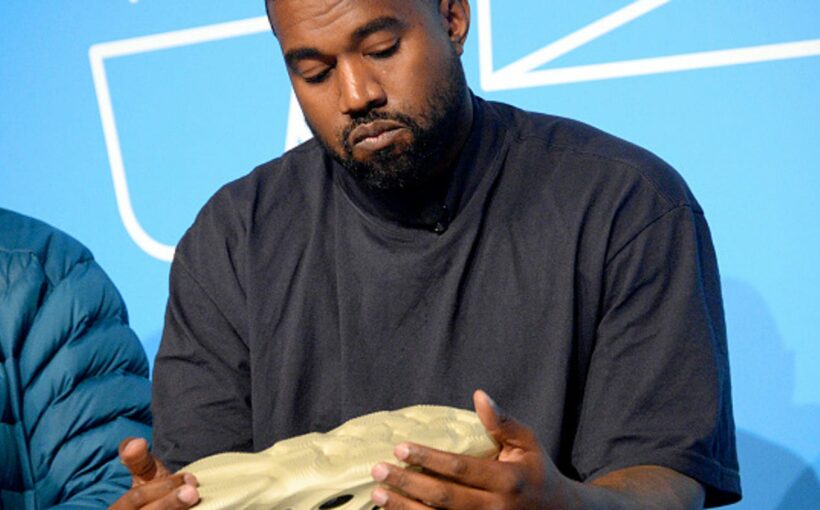 The claim: Kanye West’s net worth of $6.6 billion makes him the richest Black person in U.S. history

Kanye West is a rapper, fashion designer and would-be candidate for U.S. president. Now, recent reports suggest he is the richest Black person in American history.

That claim stems from a Bloomberg report that cites a private bank document it reviewed that values West’s partnership with Adidas and Gap for the Yeezy brand sneakers and apparel between $3.2 billion and $4.7 billion. That, combined with more than $1.7 billion in other assets — cash, investments and West’s music catalog — total up to about $6.6 billion, Bloomberg reported. And that number generated headlines about West’s worth across the Internet.

But Forbes, known for its rosters of the rich, disputes the valuation on the grounds that the document Bloomberg cited is based on “theoretical future expectations” about revenue West’s deal with Gap will generate.

Forbes also ran with the $6.6 billion estimate before pulling back the story. The publication estimates that West is worth about $1.8 billion.

Representatives for West did not respond to a request for comment.

Even without factoring in future revenues, both Forbes’ and Bloomberg’s reporting rates West as a billionaire.

Bloomberg reported West holding $122 million in cash and stock, a $110.5 million music catalog and $1.7 billion in “other assets” that include an investment in Kim Kardashian’s underwear label, citing “an unaudited balance sheet of West finances provided by his lawyer.”

Forbes rated West as the second-highest paid celebrity last year and estimates his net worth at $1.8 billion. The biggest piece of West’s portfolio — about $1.5 billion — is his shoe deal with Adidas for the Yeezy brand, highly sought-after sneakers that can sell for thousands of dollars on secondary markets. West owns the brand, but Adidas pays him an annual royalty.

In 2020, he was the second-biggest celebrity earner behind Kylie Jenner, according to Forbes. 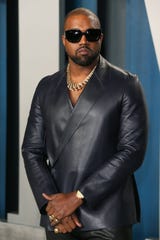 In the summer of 2020, West signed a 10-year deal with mall-fashion retailer Gap Inc. for the Yeezy Gap brand, according to The New York Times. The deal includes an option to renew in the fifth year, the Times reported, by which Gap hopes the brand will generate $1 billion in sales a year.

The brand was not expected to launch until 2021, though, so it has not yet generated revenue.

Bloomberg’s March 17 report cites a private document from UBS Group AG that values the sneaker and apparel deals at $3.2 billion to $4.7 billion, with the Gap partnership accounting for about $970 million.

Forbes wrote that it reviewed the same document and that it “made a number of assumptions based on projected future earnings.”

“Bank documents like this are well-known for painting best-possible scenario future valuations,” according to Forbes. It says its approach “is based on that old-fashioned idea of current revenues — not theoretical future expectations.” 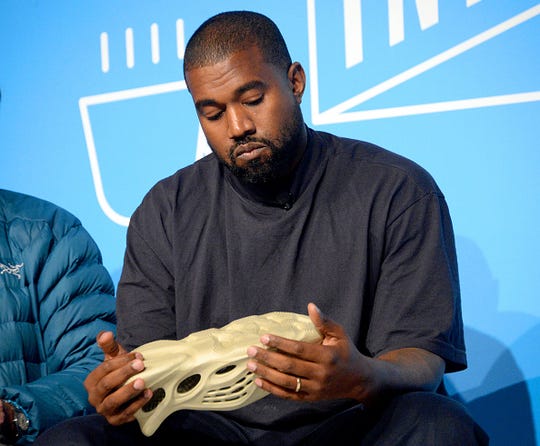