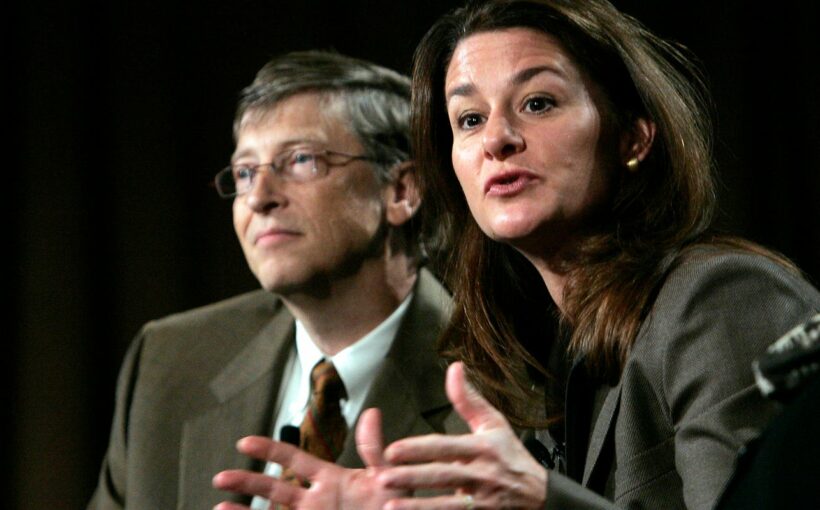 When it comes to being the target of viral misinformation, Bill Gates is a frequent flyer.

We’ve debunked false claims about Gates that involved allegations he was using vaccine research to microchip recipients, planned the COVID-19 pandemic and was conducting research to block out the sun, among others.

“Bill Gates has just purchased the Telegram app in order to retain control of what information people can share, think and research,” reads an image posted to Facebook on April 6.

Fact check: Fact check: Image of Saturn is an artist’s rendering, not an up-close photo

The image appears to be a screenshot of another Facebook post, although the original poster’s name and the post date are obstructed. The post also includes an image of a Fox News report with correspondent Trace Gallagher and an altered chyron that reads “600 MILLION DOLLARS DEAL BILL GATES BUYS TELEGRAM.”

The post also claims that Gates owns the most farmland in the USA, references Microsoft’s 1998 antitrust lawsuit and shares a link to a YouTube video of Gates’ 1998 deposition for that case.

“This is the man who was found guilty of attempting to (sic) monopolise the internet (sic) brower market in 1998,” claims the post.

In this file photo taken on September 26, 2018 Bill Gates and his wife Melinda Gates introduce the Goalkeepers event at the Lincoln Center in New York. (Photo: LUDOVIC MARIN, AFP via Getty Images)

It is true that Gates and his wife own the most farmland in the U.S. and that Microsoft was found guilty of illegal business practices, but we’ll focus our attention on the Telegraph claim. That one has no basis in reality.

Bill Gates, chairman and CEO of Microsoft, left, talks to Ballmer on July 21, 1998, in Redmond, Wash. Gates appointed Ballmer to the position of president of Microsoft. (Photo: Jeff Christensen, AP)

Telegram confirms it hasn’t been purchased by Gates

A Telegram spokesman said the company has not been sold.

In a December post to his own channel, Durov wrote that he would not sell the app and planned to maintain its independence. In March, Durov announced Telegram made more than $1 billion through bond sales.

In April, the Bill and Melinda Gates Foundation told Reuters and AFP that the claim was false.

The Fox News screenshot used in the post  was altered. The original image was pulled from a Nov. 16 broadcast of “America’s Newsroom.”

Gallagher’s tie, facial expression and the pattern on the television set behind him indicate the screengrab was taken about 2 seconds in this clip of the broadcast.

The original chyron read, “CELEBRITIES PUSH BACK AGAINST ‘CANCEL CULTURE,’” and showed a promotional image for a Fox broadcast set to air that night. The edited chyron replaced that image with one of Gates.

AFP Fact check compared side-by-side images of the post and the broadcast and found them to be a match.

We rate the claim that Gates purchased the encrypted messaging application Telegram FALSE, because it is not supported by our research. Telegram and the Gates foundation both confirmed this is not true. An image that appears to show a Fox News report on the matter was altered.