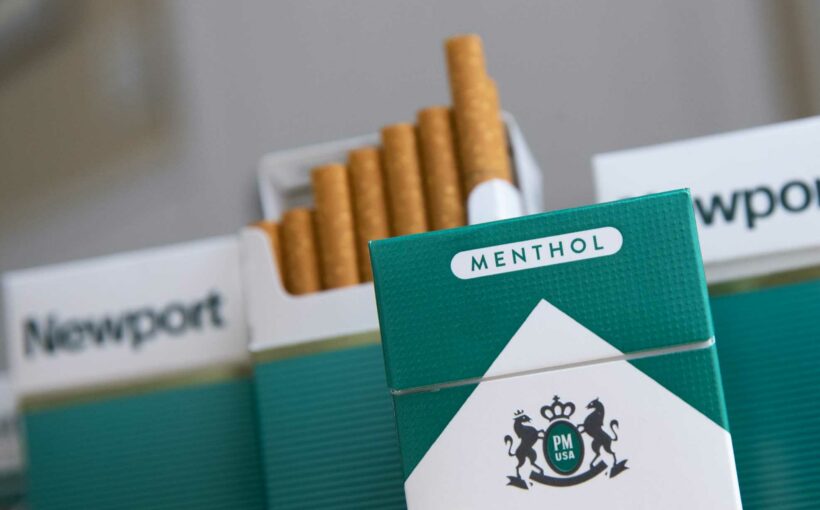 The Food and Drug Administration announced Thursday that it will propose a ban on menthol-flavored cigarettes in the United States, which would be a huge blow for future tobacco sales.

Menthol is the last allowable flavor for cigarettes. According to the FDA, menthol cigarettes have been disproportionately been used by youth, people of color and low-income communities. The vast majority of Black smokers favor menthol cigarette brands, and Black men currently have the highest rates of lung cancer in the country.

Fourteen percent of all American adults smoked cigarettes in 2019, according to the Centers for Disease Control and Prevention.

"With these actions, the FDA will help significantly reduce youth initiation, increase the chances of smoking cessation among current smokers, and address health disparities experienced by communities of color, low-income populations, and LGBTQ+ individuals, all of whom are far more likely to use these tobacco products," said Acting FDA Commissioner Janet Woodcock, in a press release.

"We share the common goal of moving adult smokers from cigarettes to potentially less harmful alternatives, but prohibition does not work," said Altria in a statement. "Criminalizing menthol will lead to serious unintended consequences."

If implemented, the proposal would be a huge win for anti-tobacco advocates who have long seen flavored cigarettes as a way for consumers to be introduced to smoking.

Smoking tobacco products is the leading cause of preventable death in the country, FDA said. It plans to implement product standards to eliminate menthol in cigarettes within the next year, as well as eliminating all characterizing flavors, including menthol, in cigars.

This decision comes after years of deliberation from public health officials in order to help transition smokers to less harmful methods, such as non-combustible products, or quit smoking altogether.

Altria's stock fell less than 1% in morning trading, while shares of British American Tobacco, Reynolds' parent, were down about 2%.

This is a breaking news story. Please check back for updates.