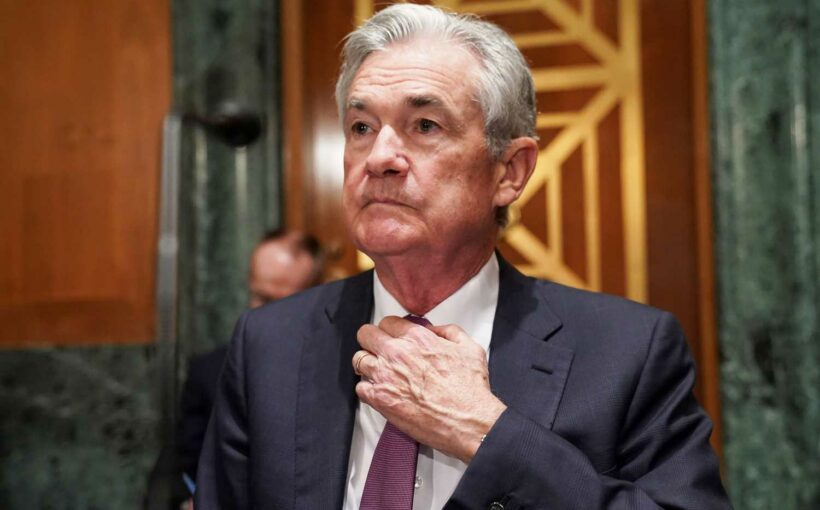 Responding to a growing controversy over investing practices, the Federal Reserve announced Thursday a wide-ranging ban on officials owning individual stocks and bonds and limits on other activities as well.

The ban includes top policymakers such as those who sit on the Federal Open Market Committee, along with senior staff. Future investments will have to be confined to diversified assets such as mutual funds.

Fed officials can no longer have holdings in shares of particular companies, nor can they invest in individual bonds, hold agency securities or derivative contracts. The new rules replace existing regulations that, while somewhat restrictive, still allowed officials such as regional presidents to buy and sell stocks.

"These tough new rules raise the bar high in order to assure the public we serve that all of our senior officials maintain a single-minded focus on the public mission of the Federal Reserve," Fed Chairman Jerome Powell said in a statement.

Under the new rules, the officials will have to provide 45 days' notice in advance of buying or selling any securities that are still allowed. They also will be required to hold the securities for at least a year, and they cannot buy or sell funds during "heightened financial market stress," a news release announcing the moves said.

"I'm hopeful that swift action will allow us to put this behind us and get us back focused on the job ahead," Atlanta Fed President Raphael Bostic told CNBC during a "Closing Bell" interview.

The rules come on the heels of disclosures that multiple Fed officials had been buying and selling stocks at a time when the central bank's policies were designed to improve market functioning, particularly during the Covid-19 crisis.

Since the early days of the pandemic, the Fed has purchased more than $4 trillion worth of bonds to bolster the economy through liquidity and low interest rates. It also bought billions in corporate bonds of some of the biggest names on Wall Street in an effort to ensure market functioning.

Regional presidents Robert Kaplan of Dallas and Eric Rosengren of Boston resigned shortly after disclosures that they had engaged in trading of individual securities in 2020. In Kaplan's case, the moves occurred in large-dollar allotments.

Vice Chairman Richard Clarida also had been featured in the reports. Powell also sold securities last year, though they were exchange-traded funds that tracked market indexes. The chair also owns municipal bonds, which the Fed bought as part of its relief measures.

"It's probably a wise move, because the fact is that distinguishing between genuine insider trading and just ordinary trades that look like they might be taking advantage of insider information is fraught with problems," said George Selgin, director emeritus of the Center for Monetary and Financial Alternatives at the Cato Institute.

The announcement stated that regional presidents will have to disclose transactions within 30 days, a requirement already in place for FOMC members and senior staff. The new rules will be incorporated formally "over the month months," the release said. Current holdings will have to be divested, though no timetable has been announced.

"The optics are bad," Selgin said of the previous Fed rules. "They needed a rule like this. I don't think we need to feel sorry for them. They'll do well enough with this restraint in place."

Those new rules come following a fresh disclosure from the New York Times that the Fed's ethics office had sent an email in March 2020 to officials cautioning about trading as the pandemic was worsening and central bank officials were rolling out a series of emergency measures.

Sen. Elizabeth Warren, D-Mass., a Fed critic who has said she will not support Powell should he be renominated for a second term, called Thursday for public release of the email, the Times reported.