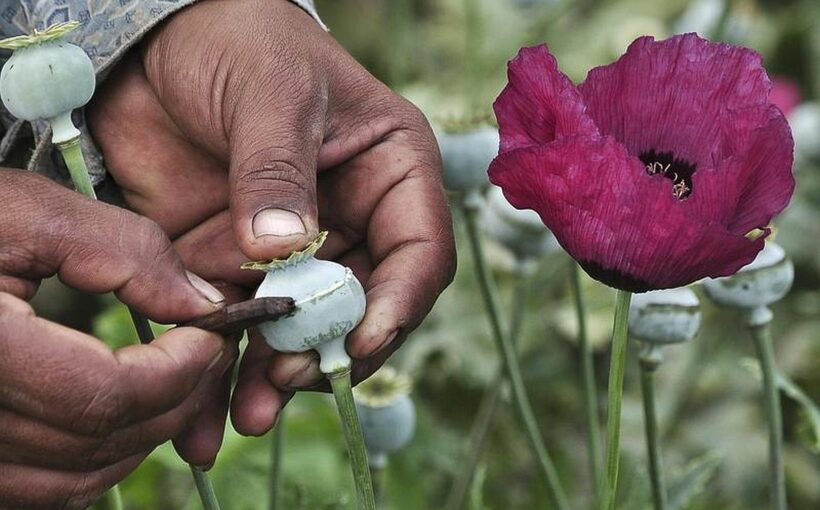 The central government has for the first time allowed a private company, Bajaj Healthcare, to process opium to extract alkaloids used to make pain-killers, cough syrups, and even cancer drugs. 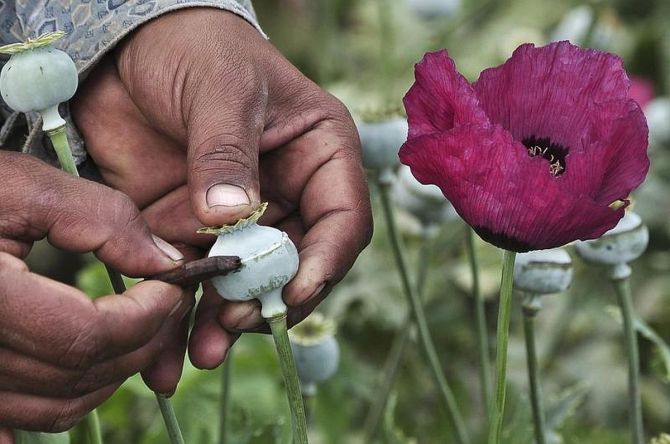 Two government factories in Ghazipur, Uttar Pradesh, and Neemuch, Madhya Pradesh, do the work yet, processing some 800 tonnes of opium gum annually to extract alkaloids.

The government on Tuesday gave Thane-based Bajaj Healthcare an initial contract to process 500 tonnes of opium gum annually and wants production to be at 800 tonnes per annum (tpa) in the next five years, indicating the state’s exit from the highly-regulated sector.

“We have been awarded two tenders for the supply of opium-derived Alkaloids & APIs to the GoI [government of India], under-long term contracts and expect successive orders under similar tenders, to scale up to processing of around 6,000 tonnes of Poppy Straw and Opium Gum in the next 5 years,” the company said in a statement.

“The processing of the opium gum from the poppy seeds has been outsourced to us.

“We will extract the alkaloid from it and give it back to the government, which can then sell it to user industries which are basically pharmaceutical players,” Anil C Jain, joint managing director of Bajaj Healthcare, told Business Standard.

Bajaj Healthcare has modified a part of its plant in Gujarat’s Savli to process opium gum. Jain said the plant can process 250 tpa and the company plans to expand capacity.

Around 20-25 players participated in the government’s expression of interest (EoI) for the opium processing work.

Margins in the business are high, Jain said.

A company for active pharmaceutical ingredients (API) makes an Ebitda margin in the range of 18-35 per cent. The margins are better in opium processing, Jain said without giving specifics.

Since the government supplies opium gum, there is no input cost for the processor.

Industry sources said the government brought the private sector in to opioid processing as the two state-owned plants are unable to meet demand.

“The government had also tried to engage the private sector, primarily pharma players, to enter poppy farming around 2011-12.

“This did not, however, see much response,” said an industry source.

India is a rare country to legally cultivate opium poppy and it is the only on that licitly produces opium gum.

“The Central Bureau of Narcotics (CBN), Gwalior, licenses farmers to cultivate opium poppy; supervises and controls the cultivation; and procures the opium produced by the licenced cultivators,” said the revenue department on its website.

The opium CBN collects is transferred to the government opium factories.

Part of the opium is dried and exported and some is used to extract alkaloids.

The government plants extract morphine, codeine, thebaine, and other alkaloids from opium and sell them to the pharmaceutical industry.

Jain said that by processing 800 tonnes of opium gum, around 60-90 tonnes of alkaloid APIs can be extracted.

Bajaj Healthcare is primarily an API and intermediates player, drawing around 90 per cent of its Rs 680 crore revenues from APIs and intermediates, while the balance comes from finished doses.

Jain said his company will tap opportunities in the alkaloids space in India and abroad.

Sun Pharmaceutical Industries is into opium processing, but for overseas geographies like Australia and Hungary.

It also grows poppies in Tasmania.

In 2021, the company cut area under poppy production in Tasmania as globally demand for opiate-based pain-management drugs dipped sharply as the Covid19 pandemic had led people to defer elective surgeries.