Home » Business » From poster child to laggard: Charts show Asia is far behind the West in vaccinations 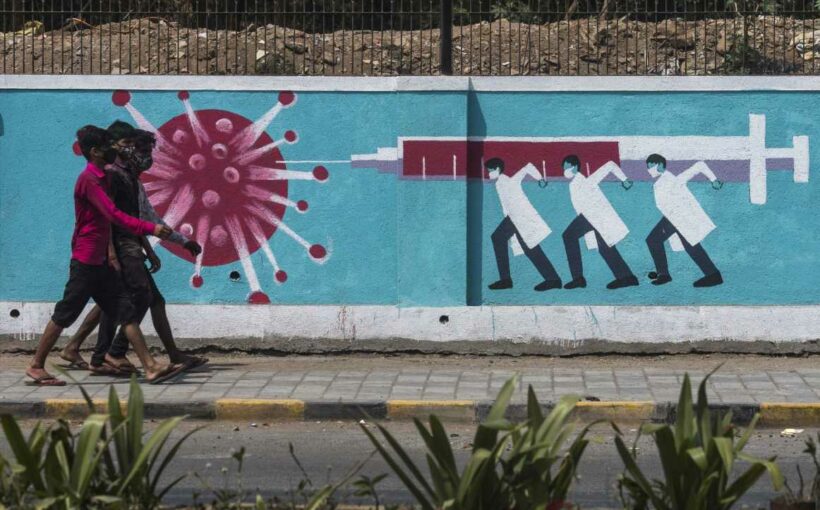 SINGAPORE — Asia-Pacific is struggling to vaccinate its population as Covid-19 infections rise rapidly in many places around the region, some at record-breaking levels.

Many Asian governments had problems securing vaccines, said Benjamin Cowling, a professor at The University of Hong Kong's School of Public Health. Besides, initial success at containing the coronavirus in Asia may have caused people to view vaccination with less urgency, he added.

"When we've had very few infections in the past year, there's a perception that Covid's not such a risk and we could stay at zero (cases) if we just do the face mask, social distancing — no hurry to get vaccinated. So hesitancy has been a big issue," Cowling, who heads the school's epidemiology and biostatistics division, told CNBC's "Squawk Box Asia" on Tuesday.

The region is now experiencing a renewed surge in infections.

India, Nepal, Malaysia, Japan and Taiwan are among those that have broken records in the number of daily cases in the past month — leading authorities to impose new restrictions to try to bring down the cases.

Countries in Asia-Pacific have collectively administered around 23.8 doses of Covid vaccine per 100 people, according to CNBC analysis of data compiled by statistics site Our World in Data as of June 1.

Economists at French bank Natixis have been tracking vaccine supplies and inoculation progress across Asia-Pacific. They said in a note last month that while supply shortage was a major factor in the region's slow vaccination, few economies still face that problem currently.

The economists named Indonesia, Thailand, Taiwan, the Philippines and Vietnam as those that "still failed to acquire the necessary dosages for mass immunization."

"That said, demand remains weak from the public," said the Natixis report. "Skepticism over the newly developed vaccines seems to be a common reason for the hesitance globally. But it is even more so in Asia where a more effective containment has led to a lower sense of urgency."

Within Asia-Pacific, Mongolia and Singapore are leading with around 97 and 69 total vaccinations per 100 people, respectively, according to Our World in Data.

Lagging behind are many frontier and emerging economies such as Vietnam and Afghanistan, the data showed.

Several frontier and emerging markets in Asia rely on COVAX — a global vaccine-sharing initiative — for Covid vaccines, according to a report by research firm Fitch Solutions.

But supply from COVAX is now at risk because India has restricted exports of vaccines, the report said. India is home to vaccine maker Serum Institute India, which is a major supplier of Covid doses to the initiative.

If Indian exports are not resumed soon, many low- and lower-middle income countries reliant on COVAX "will see further delays" in their vaccination progress, warned Fitch Solutions.

Recovery in Asia vs. West

Based on current vaccination rates, Natixis economists project that only Singapore and mainland China will be able to vaccinate 70% of the respective countries' population this year — a similar timeline to the U.S. and the U.K.

That's the threshold that some medical experts say is needed to reach "herd immunity," which is when the virus no longer transmits rapidly because most people are immune, due to vaccinations or after being infected.

Asian economies still struggling to get vaccine supplies may not reach that threshold until 2025 or beyond, the economists said.

Slow vaccination progress will hit some Asian economies more than others, the Natixis economists said. They said the Philippines, Thailand and Malaysia have the greatest urgency for vaccination because of a lackluster handling of the pandemic or big economic exposure to tourism.

"In short, Asia has gone from a poster child in containment success to a laggard in vaccination rollout," Natixis said, adding that social-distancing measures and cross-border restrictions will remain in place longer in the region compared to the West.

"The broader economic reopening in the West that is built upon a much faster vaccine rollout, especially for the US and increasingly for the EU, could add to the divergence, making Asia look more fragile on its path to recovery and a less favorable option for investment."