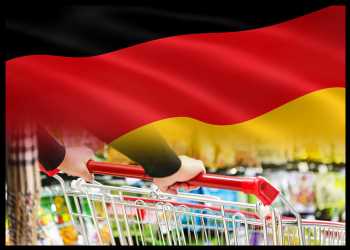 Germany’s consumer price inflation accelerated faster than expected in October to set a new record, as the biggest euro area economy heads into a recession, adding more pressure on the European Central Bank policymakers who have signaled more interest rate hikes ahead.

Headline inflation accelerated for a third month in a row.

The CPI climbed 0.9 percent monthly in October, which was much slower than September’s 1.9 percent, but faster than the 0.6 percent economists had expected.

The harmonized index of consumer prices, or HICP, jumped 11.6 percent year-on-year after a 10.9 percent rise in September. That was in line with economists’ expectations.

Inflation based on the EU measure HICP also set a fresh record high.

On a month-on-month basis, the HICP rose 1.1 percent in October after a 2.2 percent increase in the previous month. Economists were looking for a 0.5 percent gain.

Destatis data showed that energy inflation eased slightly, yet remained very high, down to 43.0 percent from 43.9 percent. Energy prices have increased considerably since the war started in Ukraine and have had a substantial impact on the inflation rate, the agency said.

Food inflation climbed continued to climb, clocking 20.3 percent in October versus 18.7 percent in the previous month.

Marked price increases at the upstream stages in the economic process have an upward effect on prices, together with the continuing supply chain interruptions caused by the Covid-19 pandemic, Destatis said.

The reduction of VAT on natural gas supply and district heating from 19 percent to 7 percent probably had a downward effect on the inflation rate in October, the statistical office observed.

Final data for October inflation is set to be released on November 11.

On Thursday, the European Central Bank delivered a jumbo interest rate hike of 75 basis points, as expected, and signaled that policymakers are looking forward to more tightening as inflation is expected to remain high for an extended period.

The economy logged a quarterly growth of 0.3 percent, confounding expectations for a contraction of 0.2 percent. The pace of growth was faster than the 0.1 percent rise posted in the second quarter.

The Bundesbank has assessed that the German economy is probably on the brink of a recession. In its October monthly report, the bank said the economic output could fall significantly overall in the fourth quarter of this year and in the first quarter of 2023.

In the latest World Economic Outlook Report, released on October 11, the International Monetary Fund said Germany and Italy are forecast to post economic contractions next year.

The Washington-based lender forecast Eurozone to witness the most pronounced slowdown as the energy crisis caused by the war in Ukraine continues to take a heavy toll, damping growth to 0.5 percent in 2023.