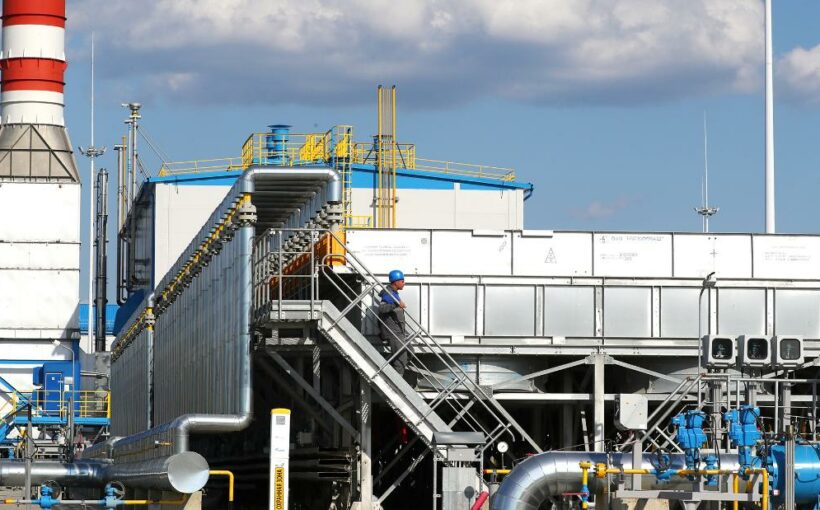 London (CNN Business)When Germany announced this week that it had suspended the process of certifying a controversial new Russian gas pipeline called Nord Stream 2, the response in energy markets was immediate.

European natural gas futures finished almost 18% higher on Tuesday and rose again on Wednesday. UK wholesale prices also surged. They’re now heading back towards record levels seen in early October, when some factories in Europe and the United Kingdom were shuttered because their operations had become unprofitable.
The unease reflects a growing uncertainty: As colder weather sets in, will the region be able to source the energy it needs to power buildings and businesses and heat homes amid a global scramble for fuel?

“Markets are incredibly jittery,” said Nikos Tsafos, an expert in energy and geopolitics at the Center for Strategic and International Studies in Washington D.C. “The lack of certification adds to that anxiety.”

Germany’s decision not to approve Nord Stream 2 for now because the pipeline operator is based in Switzerland appears to be based on a legal technicality. But the move will delay the date when gas is expected to start flowing — a turning point analysts have said could mitigate Europe’s energy shortfalls.

“The timeline for the start of the pipe now appears longer than what we initially expected,” strategists at Goldman Sachs wrote in a research note.
They now predict gas will start flowing along the pipeline in February of 2022, though some analysts think it will be even later. That means it can’t be counted on to boost supply in the coming months, a period that was already going to be challenging.
“Nord Stream 2 is the pipeline that can change the supply game in Europe and tip the scale, so delays in its utilization mean the current tight gas market conditions will persist through the winter,” said Carlos Torres Diaz, head of gas and power markets at Rystad Energy.

The importance of Nord Stream 2

The European Union gets about 40% of its imported natural gas from Russia, and even as it transitions to cleaner sources of energy, that dependence is expected to remain intact.
Construction of Nord Stream 2 by Gazprom, which is controlled by the Russian state, began in 2018 and was completed in September. It’s set to deliver 55 billion cubic meters of gas per year directly from Russia to Europe.
The pipeline has always been controversial because it bypasses Ukraine, causing countries like the United States to warn it will boost Moscow’s influence in the region. But there had been speculation that the approval process for operations to begin could be sped up as natural gas prices in Europe rocketed higher due to weather patterns and a surge in demand as lockdowns were lifted.
“We haven’t got enough gas at the moment, quite frankly. We’re not storing for the winter period,” Jeremy Weir, CEO of energy trading company Trafigura, told a conference organized by the Financial Times this week. “So hence there is a real concern that … if we have a cold winter that we could have rolling blackouts in Europe.”
Tsafos of CSIS said there was never much clarity on whether gas from Nord Stream 2 could really ease the situation in the coming months. But the certification delay adds to concerns that Russia won’t step up beyond its contractual obligations to supply gas to Europe at a difficult moment, as some had hoped.
“We’re in a slightly more distrusting environment with what’s coming out of Russia this winter,” Tsafos said.
Henning Gloystein of Eurasia Group said that the amount of gas coming to Europe from Russia this winter shouldn’t be impacted, but acknowledged that the situation remains politically fraught.
“By suspending the Nord Stream 2 approval process, German regulators and likely also its incoming new government signal they are not willing to bow to Russian pressure to fast-track approval for the pipeline,” he said. “It also signals [to] its allies in Poland, Brussels and in Washington that Berlin is not deaf to their criticism of the pipeline.”

The development further clouds the outlook for Europe in the near term.
Experts, anti-poverty organizations and environmental campaigners have warned that millions of people across Europe may not be able to afford to heat their homes this winter because of the leap in gas and electricity prices.
Recent research led by Stefan Bouzarovski, professor at the University of Manchester and chair of energy poverty research network Engager, found that as many as 80 million households across Europe were already struggling to keep their homes adequately warm before the pandemic.
The current price spike could make matters worse, though governments have taken steps to offset higher costs or put a cap on bill increases.
Rystad Energy predicts that Nord Stream 2 delays could even impact the energy market beyond this winter, predicting that certification will now be completed around April at the earliest. Eurasia Group also thinks operations likely won’t start until the second quarter of 2022.

That would prolong the scramble for liquified natural gas, which is currently in extremely high demand.
“Europe may be forced to continue being dependent on an already tight liquefied natural gas market, which suggests an increased likelihood of a sustained high price environment throughout much of next year’s first half if Europe emerges with severely depleted storage,” Rystad Energy said.
Source: Read Full Article