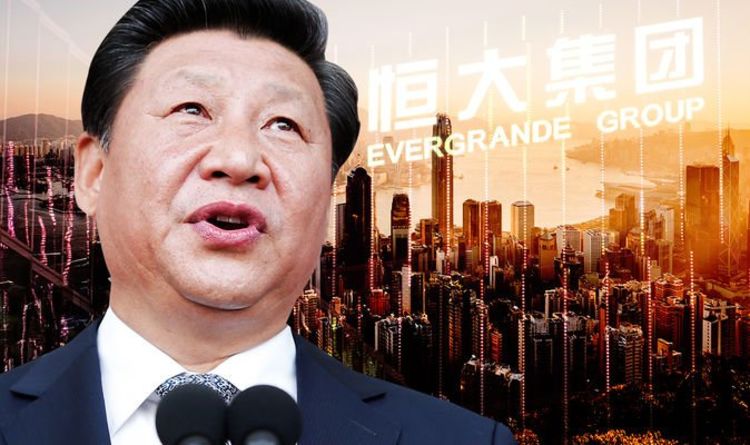 The debt-ridden developer has suspended trade as investors await news on its restructuring plan. The real estate giant, which has a presence in over 280 Chinese cities, did not provide a reason for the trading halt in the statement provided to the stock exchange.

The developer has been struggling to meet loan commitments following a crackdown launched earlier this year by the Chinese government.

New stricter measures were implemented to curb excessive borrowing and consumer speculation in the property sector.

Currently, the company is scrambling to raise cash by selling assets and shares to repay suppliers and creditors.

On Friday, the company said that each investor in its wealth management product could expect to receive $1,257 each month, as principal payment for three months irrespective of when the investment matures.

Previously, the real estate firm had not mentioned any specific amount and had instead agreed to repay 10 percent of the investment by the end of the month when the product matures.

Evergrande said in a statement posted on the wealth unit’s website that the situation was not “ideal” and that it would “actively raise funds”.

The firm added that it would update the repayment plan in late March, without disclosing further information.

Last week Evergrande did not make some interest payments on its offshore bonds.

Also, over the weekend, local media reported that a city government on the Chinese resort island of Hainan had issued an order to Evergrande on 30 December.

According to the reports, the company was given instructions to demolish its 39 residential buildings there within 10 days, as they were built illegally.

However, Evergrande has yet to comment on the reports.

Last month the firm also missed a payment deadline, when they defaulted for the first time on $1.2billion worth of bond debt.

Fitch, an American credit ratings agency, confirmed the company had defaulted on its debt.

Following its missed payment, the company’s $19bn in international bonds were deemed to be in default.

Evergrande suspended its shares in early October, and the firm said the trade halt came ahead of “an announcement containing inside information about a major transaction”.

It came amid speculation that a rival real estate firm was reportedly set to buy a 51 percent stake in its property services unit.

However, later that month Evergrande said the $2.6bn (£1.9bn) deal had fallen through as they were unable to agree on the terms of a deal.

The ongoing crisis with the world’s most indebted property developer has triggered concerns that its potential collapse could send shockwaves through global markets akin to the overnight collapse of Wall Street’s Lehman Brothers in 2008.