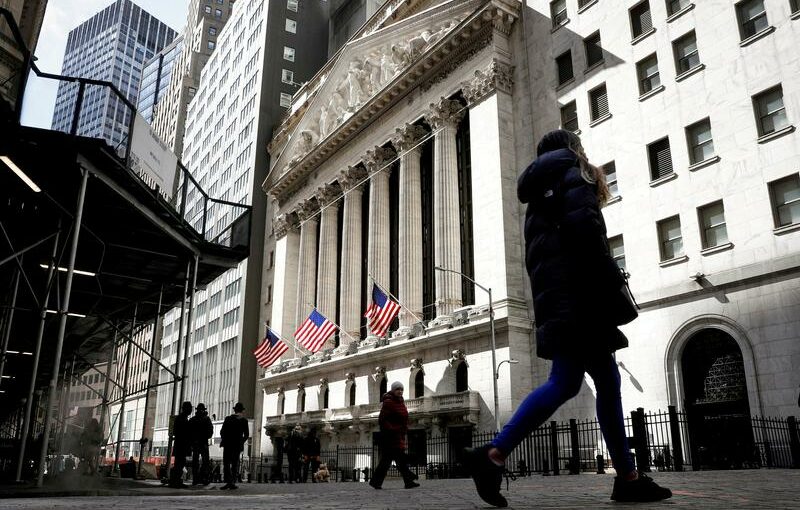 NEW YORK (Reuters) – Global shares inched up on Wednesday on the strength of U.S. equities markets that were boosted by positive factory data.

U.S. factory production data showed that manufacturing remained strong despite a slowdown due to factory closures related to Hurricane Ida and the ongoing microchip shortage.

Also out of the U.S. import prices declined for the first time in 10 months in August. That followed Tuesday data from the U.S. Labor Department showing that inflation cooled last month and may have peaked.

The MSCI All Country World Index 0.21%. The S&P 500 rose from more than a three-week low and the Dow Jones index recovered from a near two-month trough hit on Tuesday.

“The Delta wave is likely receding in the U.S. and globally, and the pandemic recovery should restart,” JPMorgan Securities analyst Marko Kolanovic wrote, referring to the highly infectious coronavirus delta variant.

The pan-European STOXX 600 index was down 0.80% after data showed that inflation in the U.K. hit a more than nine-year high last month. Economists believe it was largely due to a one-off boost that analysts said was likely to be temporary.

All eyes now are on next week’s U.S. Federal Open Market Committee’s monetary policy meeting. Expectations that the Fed will announce plans to taper its bond-buying program were lower after Tuesday’s softer-than-expected U.S. inflation data, especially as some expect inflation to remain high for months.

Possible increases to the U.S. corporate tax rate remain important in the background, and one bank estimated that raising the corporate tax to 25% could shave 5% off S&P500 earnings in 2022.

“We still have a very fragile market, especially if we get some type of tapering from the Federal Reserve,” said David Wagner, portfolio manager at Aptus Capital Advisors. “Any material change to tax policy can create a more volatile market.”

Data out of China showed that factory and retail output and sales growth hit one-year lows in August, as fresh COVID-19 outbreaks and supply disruptions pointed to a possible economic slowdown in the mainland.

The dollar was last down 0.122% mainly due to a sharp slide USD/JPY’s, which broke below important supports as safe-haven buying bolstered the yen in particular.