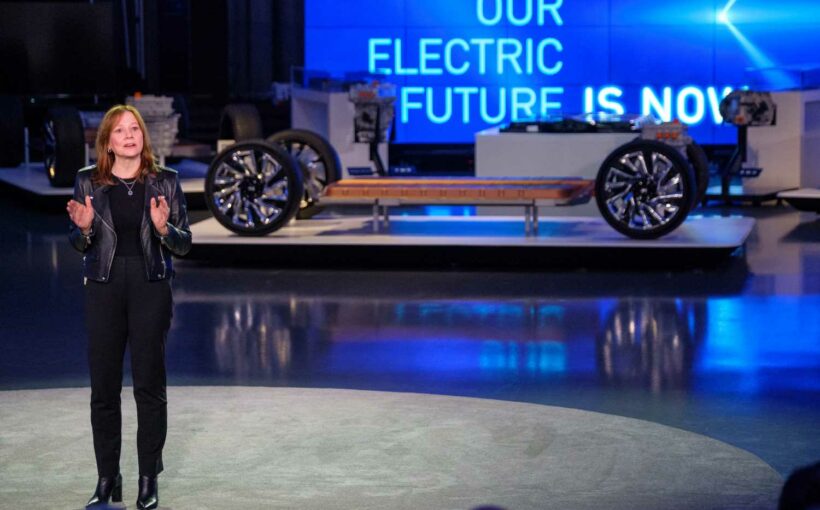 The plant for their Ultium Cells LLC joint venture will be to support production of GM's upcoming Cadillac Lyriq crossover and other future EVs at a nearby assembly plant.

The supply and production of battery cells are crucial for automakers pivoting to electric vehicles. The joint venture for the new plant while its first is still under construction in Lordstown, Ohio, underscores that.

Construction on the approximately 2.8 million-square-foot facility will begin immediately. The plant is scheduled to open in late 2023 and will create 1,300 jobs, the companies said.

"The addition of our second all-new Ultium battery cell plant in the U.S. with our joint venture partner LG Energy Solution is another major step in our transition to an all-electric future," GM CEO Mary Barra said in a release.

The announcement comes amid a 100-day review ordered by President Joe Biden of the U.S. supply chain for advanced batteries, pharmaceuticals, critical minerals and semiconductors. He ordered the review amid an ongoing global shortage of semiconductor chips that has significantly impacted U.S. auto production in 2021.

GM confirmed last month that it was evaluating a second location in the U.S. to produce battery cells for electric vehicles with LG. Reuters reported details of the announcement Wednesday.

LG Energy Solution President and CEO Jong Hyun Kim said the new facility will allow the companies "to build solid and stable U.S.-based supply chains that enable everything from research, product development and production to the procurement of raw components."

Some analysts, specifically Morgan Stanley's Adam Jonas, have warned of a potential shortage due to cell capacity compared with the amount of new EVs expected to come to market in coming years.

"In our opinion, GM's formation of Ultium/Ultium Cells LLC will prove to be a critical point of strategic differentiation that will ultimately drive value creation for shareholders," he said Wednesday in a note to investors.

Ultium is GM's next-generation batteries and platform, which are expected to debut this year in the GMC Hummer EV pickup. The first vehicles are not expected to include Ultium battery cells from the Ohio plant that's under construction.

GM is expected to continue to build or convert plants to battery facilities in the U.S. as it moves to become an automaker that exclusively offers electric vehicles by 2035. That includes at least 30 new EVs by 2025 under a $27 billion investment plant in electric and autonomous vehicles during that time frame.

Most batteries, like semiconductors, are manufactured in Asia and Europe. Tesla operates a massive battery and cell manufacturing facility with Panasonic in Nevada. Tesla also told investors in September that it started producing its own cells at a pilot plant in Fremont, California.

GM and LG first announced the joint venture in December 2019.