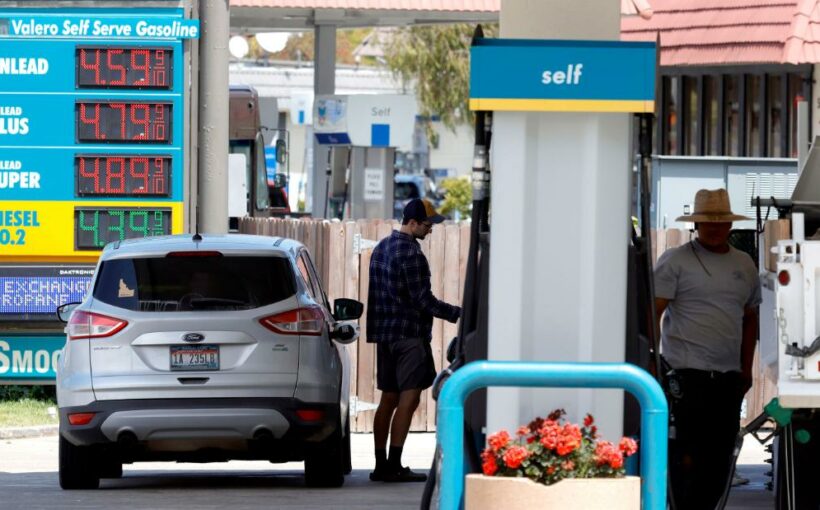 New York (CNN Business)Higher prices have been the pandemic recovery’s collateral damage. Even though Washington insists higher inflation may just be temporary, America’s prices keep rising — albeit at a slightly slower pace.

The pace of consumer price inflation slowed some in July, but it still remained elevated, the Bureau of Labor Statistics reported Wednesday.
While some of the culprits of the past months’ inflation spikes, such as used car prices, came back down to earth in July, prices for other items, including food both in grocery stores and at restaurants, went through the roof.

This serves as a reminder that the pandemic-era inflation weirdness is still alive and kicking.

The price increases being caused by the reopening of the economy and ongoing supply chain bottlenecks will keep economists and investors, not to mention the Federal Reserve, on their toes.

Price stability is one of the central bank’s core mandates, and the pandemic-era inflation jump could force the Fed to rein in its easy money policy sooner rather than later.

Core consumer prices, which strip out more volatile components like food and energy, rose 4.3% over the 12 months ended in July, slightly below June’s rise. Overall, prices rose 5.4% over the period, flat compared with June when the index hit a 13-year high.
In July alone, adjusted for seasonal swings, prices rose 0.5% on the whole and 0.3% without food and energy items, representing a slowdown on both fronts. Overall, it was the slowest pace of increases since February, while the core index advanced at the slowest pace since March. Cost increases for shelter, food, energy and new cars were the major contributors to the index’s jump.
The more modest price uptick in July “indicates that the transitory burst of rising prices linked to reopening is fading and that … core inflation may now have peaked,” wrote Andrew Hunter, senior US economist at Capital Economics.
A major driver of the July moderation was the price index for used cars, which was nearly unchanged from the prior month.
This came as a surprise, given that used vehicle prices have soared in the past year as consumers were willing to pay a premium for mobility and new cars were in short supply amid a chip shortage. Over the past 12 months, the used car index is still up nearly 42%, a gain matched only by prices for gasoline.
In other transportation news, the price index for airline fares also fell after rising sharply in past months as the reopening accelerated.
Meanwhile, the cost of dining out jumped 0.8%, registering its largest monthly gain since February 1981, according to the BLS.
Restaurants are raising prices to contend with higher costs of food as well as higher wages to retain employees amid a worker shortage. In June, Chipotle (CMG) announced it would raise its menu prices by 3.5% to 4%. And Shake Shack (SHAK) announced last week that it will raise menu prices later this year to cope with higher meat, chicken and labor costs.

Eating at home also got costlier: the price index for food consumed at home rose 0.7% — ever so slightly slower than in June but faster than earlier in the year — as the cost of meat, poultry, fish and eggs jumped.
–Matt Egan contributed to this report.
Source: Read Full Article