Home » Business » How $1,400 stimulus checks could be best targeted based on past payments 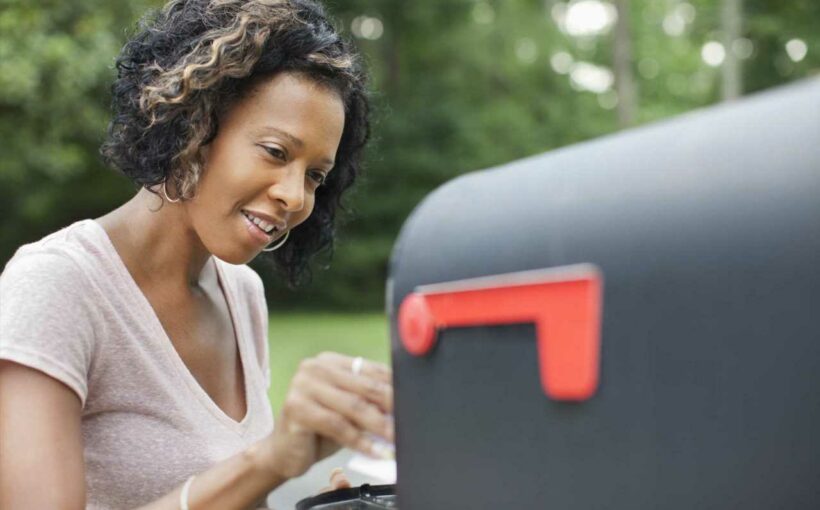 A new coronavirus relief bill could give millions of Americans $1,400 stimulus checks.

Congress is poised to pass the legislation in March, at which point individuals and families could see the money in the following days or weeks.

But as negotiations continue, one argument has surfaced: Is the amount too much or too little? And who exactly should be eligible?

The current proposal calls for sending $1,400 to individuals, or $2,800 to married couples who file their taxes jointly. Their children and adult dependents would also be eligible for $1,400.

More from Personal Finance:
As Washington debates $1,400 checks, who qualifies may change
Child tax credit proposal could give families more aid than stimulus
8 million missing out on unemployment benefits

As with the first two federal stimulus checks authorized last year, those who qualify for full payments will have to be below certain income thresholds: $75,000 for individuals, $112,500 for heads of household and $150,000 for married couples who file jointly.

However, discussions on Capitol Hill have raised reducing those thresholds, as well as the caps under which the payments phase out, to lower income levels.

Yet others, like Sen. Bernie Sanders, I-Vt., and Treasury Secretary Janet Yellen, have said they are against lowering the thresholds.

"Identifying the cutoff is hard," said John Leer, economist at Morning Consult, which recently released research on how the most recent checks were spent.

Data on the most recent checks could help suggest how future payments might be better targeted.

What data shows about the $600 stimulus checks

The $600 stimulus checks that were sent out in January left millions of Americans needing more financial help, according to the results of a Morning Consult survey conducted earlier this month.

About 30.2 million adults were unable to pay their bills in January, the results show.

After lawmakers battled over how much to send via direct checks — from $600 to $2,000 — that could raise questions as to whether the payments should have been bigger.

But really another issue prompted Americans to fall short, according to Leer.

"It's evidence that the payment in January should have come sooner," Leer said.

December's coronavirus relief bill came after eight months of negotiations on Capitol Hill. Progress was delayed in part by a "wait-and-see approach" some Washington leaders had toward sending more aid.

"That approach is really bad policy, particularly for the most financially vulnerable Americans," Leer said.

One challenge with the stimulus checks is getting the money to the people who need it most.

Generally, the payments are based on past tax returns, which prevents the government from accurately assessing whose income has been directly affected by the pandemic.

Morning Consult's research shows only 50% of high-income recipients of the $600 checks spent the money, whereas 67% of lower income people did.

To be sure, spending data does not take into account all of the ways the money could be used, such as paying down credit card debts. But it is an indication of whether the money was needed.

"High-income people save the money. They don't need it, so they save it," said Howard Gleckman, senior fellow at the Urban-Brookings Tax Policy Center.

"And lower-income people who really do need it, spend it," he said.

But there are risks to lowering the thresholds, and thus limiting the number of people who qualify for payments and how much they receive.

"I would tend to err on the side of being more generous with those checks, giving money to people who possibly don't need it," Leer said. "I think ultimately it will benefit everyone and the economy as a whole."

Why unemployment and stimulus checks go together

New $1,400 stimulus checks could help 22.6 million adults pay their bills through the next four-and-a-half months, or until mid-July, without increasing their debt or forcing them to dip into savings, Morning Consult's research found. (That's provided the payments are sent March 1, which is optimistic, based on Congress' current timeline.)

One of the reasons the stimulus checks are necessary is because of inconsistencies with unemployment benefits, Leer said. Some people may have those jobless checks run out, at which point they have to use savings. Stimulus checks provide an immediate injection of cash to fill gaps as people wait for their unemployment to kick in, Leer said.

President Joe Biden's coronavirus relief proposal calls for giving jobless workers an extra $400 per week in federal aid in their unemployment checks and extending those benefits through September.

"Really well-crafted policy acknowledges that these two forms of stimulus complement each other," Leer said.

Still, other experts think strengthening unemployment benefits should be a priority over sending new direct payments.

"Increasing the unemployment insurance instead would have been more optimal, given the constraints that we have in fine-tuning the targeting of this," said R.A. Farrokhnia, adjunct associate professor of business economics at Columbia Business School.

Unlike stimulus checks, jobless benefits can target exactly who has been shut out of the workforce due to the pandemic, such as hotel or restaurant workers, Farrokhnia said.