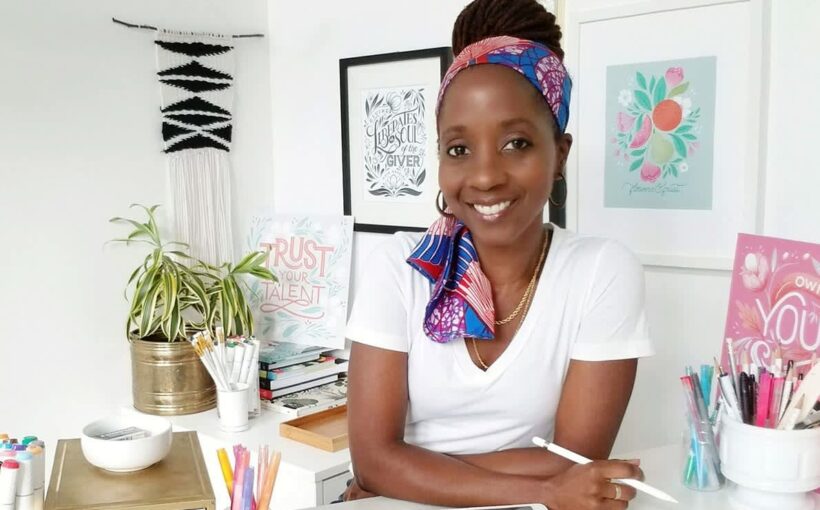 Gia Graham had been working as a business owner and designer in Atlanta for 11 years when her second son was born premature and she was forced to take a step back. "I was full time [at home] with him for almost two years," she says. "I almost lost it. I was bored!"

She started illustrating on her iPad and eventually began posting her work on a dedicated, "no pressure" Instagram account. By August 2019, she had amassed 7,000 to 8,000 followers who kept asking her, "How do you do this?"

More from Grow:
Freelancer who has billed $432,000 in 1 year: My tips for success
Want to start a side hustle? Take this quiz to see which is right for you
3 tips for starting a successful side hustle

After looking into various educational platforms to see how she could teach her illustration techniques, Graham chose Skillshare, a subscription-based learning site whose classes often involve projects and assignments. In August 2019, she posted "How to Create a Perfect Color Palette for Digital Art" and realized both that it was well-received and that she genuinely loved teaching.

Today, Graham, 46, is one of Skillshare's top teachers, offering six design-based classes altogether. The platform's classes are mostly prerecorded, and teachers are paid per class minutes watched every month. Graham makes an average of 6 cents per minute and her monthly minutes watched range from 80,000 to 152,000. That adds up to thousands of dollars per month in passive income.

Here's how she was able to build her hustle, and her advice for anyone curious to try teaching on Skillshare.

She reverse-engineered her process to teach it

For that first class, Graham found it challenging to figure out what she was doing so she could teach it to others. She had worked in design for so long, her work was more intuitive than conscious and deliberate.

"The next time you do it," a friend suggested, "just reverse-engineer it. Pay attention to what you did and then break it down."

This proved effective. "I took that opportunity to not just create, but step outside of myself while creating and break the process down into simple steps," she says. She was then able to map it out for others.

When she was looking to expand her roster, Graham started paying attention to the conversations happening on her Instagram account.

"What are people's pain points? What do people struggle with? What questions am I being asked consistently?" she says of the kinds of things she was hearing. And "that's how I've been developing classes since."

Classes on her page include "Level Up Your Layouts: How to Effectively Letter Long Quotes" and "Simple Words to Stunning Art: Combine Hand Lettering and Illustration." Each class is between 45 and 100 minutes long.

Sometimes she'll also create a course around what she's enjoying at the time. She made collages for Women's History Month, for example, and is considering building a class around that, too.

She chooses 'quality over quantity'

Graham's advice for anyone considering creating classes for Skillshare is to focus on "quality over quantity."

"You can make the same amount of money with four really well-thought-out, well-produced classes as you could with 20 not-so-great classes," she says. "But if they're not quality classes, it's not really helping you because students aren't going to stick around to watch."

Start by doing your research, she recommends. "Watch other classes, pay attention to the things that resonate with you." Between planning, shooting, and editing a class, Graham takes about a month to put together a course.

"You don't need fancy equipment," Graham says. She created her first class using her phone, an $80 mic, and a tripod. But take the time to think about how to put out a quality product. "If you have a good eye," she says, "that will get you far."

The article "How a Mom in Atlanta Makes Thousands of Dollars a Month in Passive Income Teaching Graphic Design on Skillshare" originally published on Grow+Acorns.