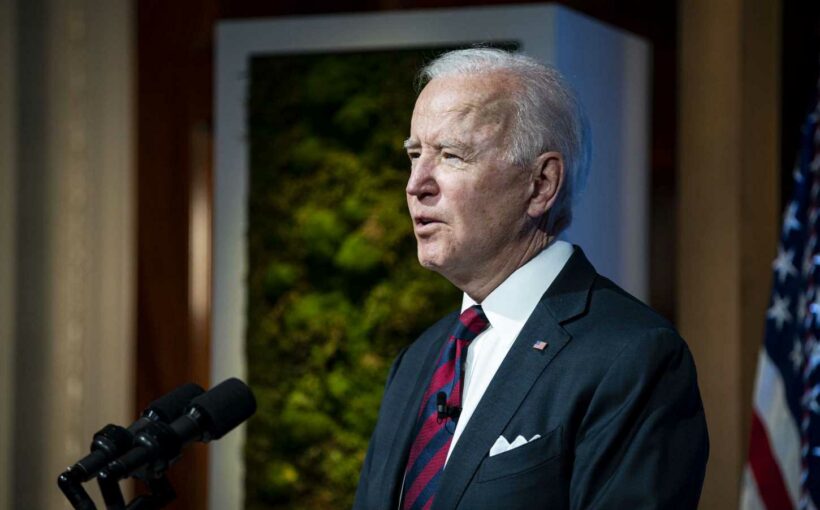 President Joe Biden is expected to propose doubling the tax rate wealthy Americans pay on investment returns when they sell stocks and other assets.

But investors shouldn't necessarily rush for the exits, according to financial experts.

Under Biden's proposal, the federal capital-gains tax rate would be as high as 43.4% (including an existing Medicare surcharge), according to a Bloomberg report.

"Capital gains would be the highest-tax income we have," according to Leon LaBrecque, an accountant and certified financial planner at Sequoia Financial Group, based in Troy, Michigan.

That includes a 20% capital-gains tax on assets held in taxable accounts for more than a year. It also includes the 3.8% surtax on net investment income, which was created by the Affordable Care Act to fund Medicare expansion.

Under current law, long-term capital gains are taxed favorably with respect to wages. The wealthy pay a top 37% rate on wage income, for example.

The White House plan would instead tax capital gains as ordinary income, at a top proposed rate of 39.6%. It would apply to those with more than $1 million in annual income, according to Bloomberg.

(Short-term capital gains, or those held a year or less, are already taxed as ordinary income under current law.)

The Biden plan would also keep the Medicare surtax in place — creating a top long-term capital-gains rate of 43.4%, according to Bloomberg.

The top long-term capital-gains rate applies to single taxpayers with more than $445,850 of income this year. (It kicks in above $501,600 for married couples filing a joint tax return.)

The Medicare surtax applies to single filers with over $200,000 of income or married couples with $250,000. (These amounts aren't indexed for inflation.)

The tax hike is one part of the administration's push to raise taxes on Americans who earn more than $400,000 a year.

Biden is expected to unveil the proposal next week as a way to fund the American Families Plan, which would expand subsidies for child care and make community college tuition free for all, among other things.

Many aspects of the plan remain unclear, though.

For example, the plan may exempt a certain portion of wealthy investors' capital gains from the higher tax, according to tax experts. It may also exempt certain taxpayers, like some business owners, from the levy.

More from Personal Finance:
Why the Biden climate plan may be good for some investors
Can I count on student loan forgiveness? Your questions answered
Use your Covid travel vouchers before they expire

It's also uncertain whether Democrats, who have the narrowest of majorities in the Senate, would be able to pass the proposal as written. Even if it passes, the effective date of the tax hike remains unknown.

"I wouldn't necessarily push the sell button on rumors," Jack Ablin, chief investment officer and founding partner of Cresset Capital Management, said Thursday on CNBC. "That doesn't make a lot of sense to me.

"There will be plenty of time to plan and respond to any tax or tax proposal that's ultimately in place," he added.

Sitting tight is likely the appropriate approach for long-term investors, LaBrecque said. Just four years ago, the Trump administration was cutting taxes for many individuals, he noted, as an example of how quickly conditions can change.

"If you know you're going to be sitting on something a long time, don't worry about it," LaBrecque said of the Biden proposal.

But taxpayers who know they'll be selling a highly appreciated asset next year anyway, for example, should consider doing it now just in case capital-gains taxes do increase, he added.

If a proposal becomes law, it would change financial planning in ways beyond selling investments.

For example, individual retirement accounts and 401(k) plans could become more attractive, since taxpayers wouldn't be subject to the 3.8% Medicare surtax, LaBrecque said. Employees may also be better off getting a cash bonus instead of restricted stock units, he added.

"There are weird aspects to this whole thing," he said.