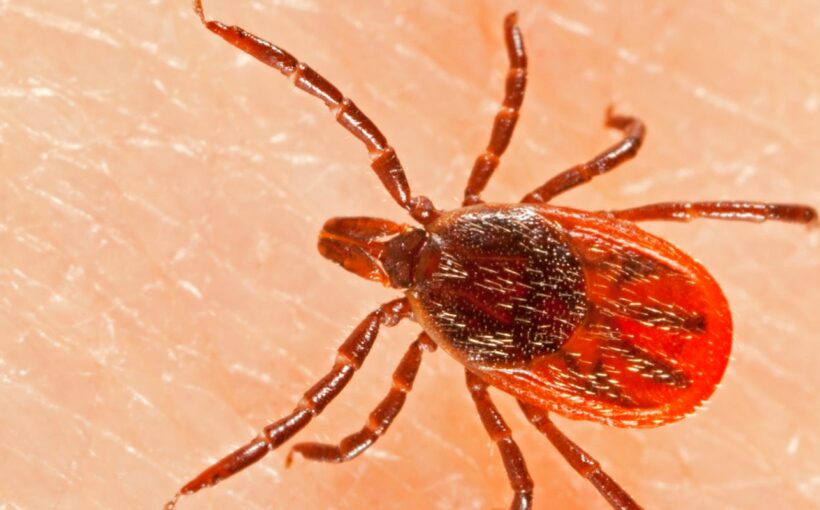 The warm weather has brought an invasion of crawling and flying critters into the crevices and corners of homes and gardens, leaving many people wondering which bugs may cause the most headaches this summer.

According to Cindy Mannes, vice president of public affairs at the National Pest Association, warm and wet conditions predicted across much of the U.S. this spring and summer will contribute to an increase in pest populations.

We took a look at some of the most common insects and arachnids found in the U.S. that also can create some of the bigger problems for residents as summer fast approaches.

Mosquitoes are attracted to moist and warm weather. According to pest.org, the rise of global temperatures and human activity this year is expected to contribute to the proliferation of mosquitoes.

“Mosquito species we never believed would be as far north, Massachusetts and other areas, some of those species are there now,” Ron Harrison, entomologist and director of technical services for Orkin Global, said.

Mosquitoes are able to detect carbon dioxide and lactic perspiration from their victims, according to the Illinois Department of Public Health, allowing them to latch onto humans and inject their saliva into their blood.

Michael Skvarla, an assistant research professor of arthropod identification at the Pennsylvania State University, says once a mosquito gets close, it queues in on chemicals humans release in their breath, and chooses to bite certain people over others based on those chemical keys.

Mosquitoes have the ability to transmit harmful diseases from their saliva, including malaria, encephalitis, yellow fever and dengue.

One easy way to avoid mosquito bites is to apply insect repellent containing at least 20% DEET, picaridin, IR3535 or oil of lemon eucalyptus, according to Mannes.

It is also helpful to wear long-sleeved shirts and closed-toe shoes when outdoors. Choose light-colored clothing as mosquitoes tend to be attracted to darker-colored clothing.

While the exact reason for the geographic spread of ticks is unclear, the Centers for Disease Control and Prevention (CDC) says that reforestation and suburban development has contributed to the spread of Lyme disease because of the close contact of deer, people, mice and other hosts for ticks.

Another reason for the increased spread of ticks this summer could be the weather. According to pest.org, most states will experience warmer and wetter conditions which will drive tick activity.

Ticks have the ability to spread dangerous diseases, including Lyme disease, anaplasmosis and babesiosis, in as little as 36-48 hours after the initial bite, according to Mannes. The CDC reports that while there is no way of knowing how many people get Lyme disease, an estimate based on insurance records suggests 476,000 Americans are diagnosed and treated for Lyme disease each year.

While some ticks can detect carbon dioxide the same way mosquitoes can, others will typically latch onto their victims by climbing onto a plant and wait at the edge for someone to walk by and brush them.

It is very common for wasps to be the most active during the summer, as this is usually the time they build colonies and lay eggs. June and July are the months where wasps can reach peak activity and will tend to be more aggressive.

In the U.S. alone, stinging insects send more than 50,000 people to the emergency room every year, according to the National Pest Association. A wasp’s stinger typically contains venom. Some people can have an allergic reaction to that venom, while others can experience symptoms such as rash and irritation.

How to prevent stings:

Wear insect repellant and avoid sweet-smelling perfumes and colognes. Use a clear plastic cup if you are drinking a beverage outside because wasps can hide behind cans or water bottles. Contact a licensed pest control professional if a wasp decides to build a hive on your house. Do not attempt to remove the hive yourself.

Cockroaches love warm, humid areas and are actively searching for food during the summer. They prefer to hide in kitchens and bathrooms.

Cockroaches are known to cause allergic reactions and trigger asthma attacks in children, according to Mannes. They also have the ability to spread 33 kinds of bacteria, including E. Coli and Salmonella, six kinds of parasitic worms, and seven kinds of human pathogens. They eat living and dead human flesh but are more likely to bite fingernails, eyelashes, feet and hands. Symptoms of the bite include irritation, lesions and swelling.

Seal any cracks and crevices around the home. Maintain a 50% humidity level inside the house. Wipe surfaces, including kitchen counters and stovetops, daily. Store food in airtight containers and avoid leaving pet bowls out for long periods of time.

Ants are attracted to food crumbs and damp conditions. There will typically be hordes of ants inching around fallen food around the house. (Photo: Tom Myers; National Pest Management Association)

Ants are attracted to food. Even the smallest crumbs left on the dining table or the floor can attract a horde of ants. Harrison says that because more people are at home due to the pandemic, and cooking more rather than eating out, more ants are expected to infest houses this summer.

Red imported fire ants clamp onto their victims with strong jaws and repeatedly inject venom into a human with its stinger, according to the U.S. Department of Agriculture. Symptoms of the sting include burning sensations, itches and rashes. Argentine ants and carpenter ants, on the other hand, can contaminate food and damage property.

To avoid contamination of ants inside the house, seal cracks and crevices with appropriate sealant and store sweet and sticky foods inside the cabinets. Properly clean up any spills to ensure that there aren’t open sources for ants to get through. Dispose of trash regularly and repair leaking pipes.