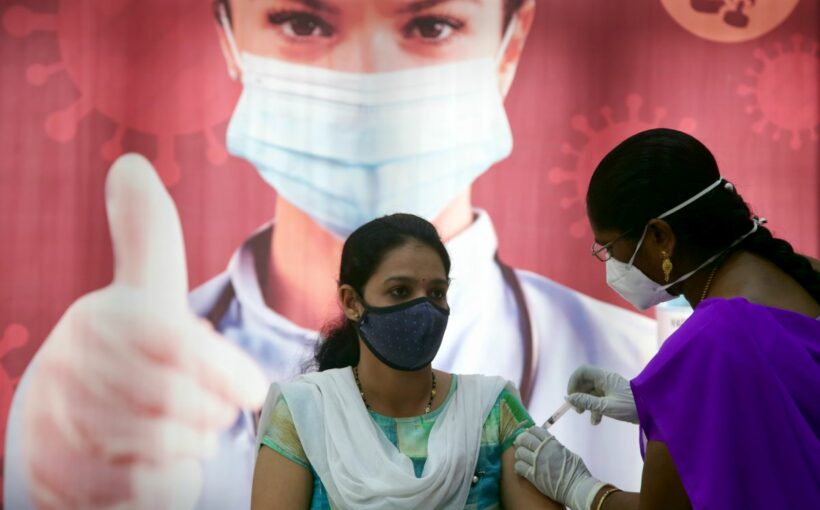 ‘I’ll give it to the vaccine manufacturers without guarantees, take the payment in advance and give me the supplies.’
‘The moment you give me one lot of supply, I’ll give you more.’

“The prime minister himself has been telling us to ensure that the poor and vulnerable don’t suffer,” Union Finance Minister Nirmala Sitharaman tells Dilasha Seth, Shrimi Choudhury and Nivedita Mookerji in an exclusive interview.

The first of a two-part interview:

What is your initial assessment of the impact of the second wave of the pandemic? The RBI has revised its real growth estimates downwards by 100 basis points to 9.5 per cent.

The finance ministry’s assessment will take a bit longer considering the timings and uncertainties. RBI’s [growth] estimates are based on limited sectors, and I accept that. Our consultations are a lot more specific. Therefore, I would need more time to give a direct answer to that.

The exercise is still on. We are also receiving inputs from states for some sectors, which are varying. This, I think, is because the restrictions differed from one state to another based on the severity of COVID-19

While the Budget did a lot for capex-led initiatives, the second wave has hit rural India hard.
What is the government planning in the short term to mitigate the hardship of people given the massive job loss?
Is there any plan to beef up the delivery of money in the hands of people?

There are two things to it. We are conscious of the rapidity and intensity with which it (the virus) is spreading in urban and rural areas. However, it is challenging to provide infrastructure, which will redress the problem immediately. We are keenly watching how the rural areas are responding.

Second, we have announced free food grain over and above what they are entitled to for two more months. We have been releasing the money under the Kisan Saman Scheme.

The prime minister himself has been telling us to ensure that the poor and vulnerable don’t suffer. At this stage, I’m personally monitoring the demand coming afresh in the Mahatma Gandhi Rural Employment Guarantee. We are also monitoring if there is any fresh demand other than those for which we had made budgetary allocation.

Meanwhile, I have asked both public sector and private sector insurance companies to further enhance the speed of sanctioning the claims.

Are you ruling out any direct transfer of money like last year?

I have not spent time on it. The Union Budget was prepared during the pandemic. This time, we have to revive the economy. So it was a tailor-made Budget for the pandemic.

The Budget implementation started from April 1. We are only in the third month. I need to make an assessment of that. My interactions with the industry and with states are happening now.

Why would I want to say anything without me having learnt everything in full?

In February, when you were presenting the Budget, things were a little different. In hindsight, would you have done things differently had you known that the second wave would be this strong?

The Budget was prepared after the GDP had contracted 23 per cent. At that time, I didn’t know what the GDP would be for the whole year. So, we did our estimates.

We said, given the contraction, how do we make the economy grow, specifically in the context of COVID-19, the health infrastructure, not just in a metropolitan town, but going down to the blocks.

We prepared the Budget being conscious of it. Now, it would be unfair to say that the ministry did not anticipate the intensity and so on.

The Opposition has called the government ‘heartless’. The former finance minister has said this government has done nothing. Do you think that is cynical?

I wouldn’t say it’s cynical. I am ready to hear comments of any former minister on our government. I would definitely see what is being conveyed. We have to take comments from various people, including economists, former bureaucrats and stakeholders of the system and all those who are affected.

Every tragedy gives a message. I would think there is also an element of guilt, and it impacts the human mind; there’s a feeling that I couldn’t help somebody who is suffering. And there’s no way in which I want to stand up now and say how dare you tell me all this. I wouldn’t want to do that.

We are collectively in a tragic situation. For all of us, mutual handholding is the only option.

The Budget is still some months away. Are you thinking of increasing the budgetary allocation for healthcare from a low single-digit? 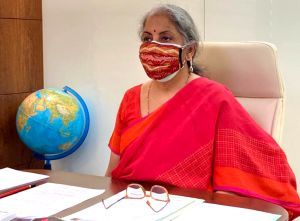 The last Budget had stepped it up. But there are suggestions to make it 6 per cent or 10 per cent of the GDP, and these are absolutely normative goals we have to reach. But also look at the absorption, the base to which we have to pull that resource.

Even if I give that, I have to also measure how much can be completely soaked into the programme that you’re looking at.

So, the nature and the template of increase in the health allocation has to be such that it goes to the block level. So the normative being achieved within 12 months would be very attractive for me to read out. But can the system take it?

I would want to first of all prove that what I’ve done or stated in the Budget is getting executed. I’ve been now very intently going through as to how this is getting implemented.

Why is the government not offering free vaccination across the country?

Since January 16, when we launched the vaccine drive, the government started distributing the vaccines procured through two manufacturers. And also gave to states to distribute free. It was smooth. The government last October negotiated the cost and gave emergency certification to the vaccine makers.

Health being a state subject, they wanted it decentralised. That kept building up and that’s why we have taken a call on a vaccination policy where 50 per cent is with the Centre (to redistribute), 25 per cent with states and another 25 per cent for the companies to sell to large hospitals.

Will that change now with states complaining about the process?

With so many chief ministers writing, I am sure a call will be taken by the Centre.

The Biological E advance order of 300 million is a positive step by the government. Couldn’t this have been done earlier for some of the foreign vaccines?

That is a legitimate question to ask. We paid Rs 4,500 crore (Rs 45 billion) to both these companies (Serum Institute and Bharat Biotech) early April for placing of orders for up to July.

Negotiations are going on with (foreign) companies and I’m not going to name them. We’ve been talking to people asking them to come up with meaningful ways in which you can increase the supply.

We were engaged with them since November, but they had said they were not going to supply to India.

Is the Rs 35,000 crore (Rs 350 billion), that was allocated for the vaccine, enough for this year or will there be further allocation?

I said that even then that if need be I am willing to give more. The government’s systems will give it to vaccine makers so long as they are able to give me a utilisation certificate. I’m not even hung up on it.

I am saying I’ll give it to the vaccine manufacturers without guarantees, take the payment in advance and give me the supplies. The moment you give me one lot of supply, I’ll give you more.

I’m conscious of the urgency of the situation. It will go on as we negotiate with more suppliers coming in.

Any estimate of how much the allocation will go up by?

No. That’s difficult to say that at the moment.