Home » India accounts for 1 in 3 new Covid cases being recorded. Here is its second wave in 5 charts 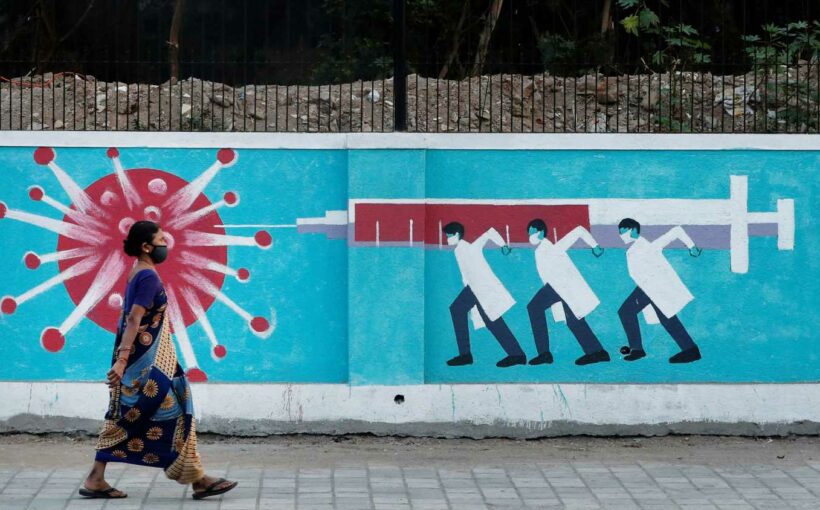 The World Health Organization said last week that one in every three new coronavirus cases globally is being reported in India.

Cases in the second wave started rising in February, when India reported an average of about 10,000 infections a day. But the situation progressively worsened in April, ending the month by repeatedly setting new global records for daily cases. India kicked off May by reporting more than 400,000 new cases.

Nearly 7 million cases were reported for the month, a huge share of the more than 19 million India has recorded during the entire pandemic, according to data from Johns Hopkins University.

Scientists say the spike in cases is partially due to variants of the coronavirus circulating in India at the moment.

"There is at least emergence of two important dominant variants, one is a U.K. variant, one is an Indian variant," Manoj Murhekar, director of the National Institute of Epidemiology, Chennai, told CNBC on Friday.

The Indian government reportedly said last month that 80% of cases in Punjab were due to the highly contagious U.K. variant, which is known as B.1.1.7.

Meanwhile, the Indian variant is known as B.1.617 and has multiple sub-lineages with slightly different characteristic mutations. The WHO classified it as a variant of interest in its epidemiological update on the pandemic last week.

Maharashtra, which is home to India's financial capital Mumbai, is the hardest hit state and also the epicenter for the second wave.

India's richest state went into a lockdown in mid-April to break the chain of transmission. Reports said Maharashtra's state government extended restrictions until May 15.

Murhekar told CNBC that at the moment, very little is known about what proportion of the infected cases are due to a variant. He said India needs to step up its surveillance for variants so that there's meaningful data from each region and state on which variants are circulating in each.

Though the death rate is comparatively low, it is likely that there is an undercounting of fatalities as multiple media reports suggest crematoriums and burial grounds are overwhelmed with bodies of those who died from Covid-19.

The international community has responded with promises to send help to India, including $100 million in medical aid from the United States.

Experts have said that India's best shot at tackling the outbreak is by stepping up its vaccination efforts.

Since launching its mass inoculation drive in January, India has administered more than 154 million vaccine doses as of April 30, according to government data.

That implies a little over 10% of the population has received at least one of the two shots required. But the percentage of people who have completed their vaccination is only about 2% of the total population, at around 27.9 million as of April.

Starting in May, India is opening vaccinations to anyone age 18 and older.

Murhekar said that the kind of herd immunity India needs to reduce transmission can only be achieved through vaccination.

"It will take many days and many months, basically, till we have a critical mass, which is vaccinated against Covid," he added.

But the country is facing vaccine shortages and several states have reportedly run out of supply.

The supply crunch is expected to last through July, according to the CEO of India's top vaccine maker, Serum Institute, which is producing AstraZeneca's shot. Adar Poonawalla recently told the Financial Times that his firm is set to increase vaccine production capacity from about 60 million to 70 million doses a month to 100 million.

The other vaccine being administered is Bharat Biotech's Covaxin.