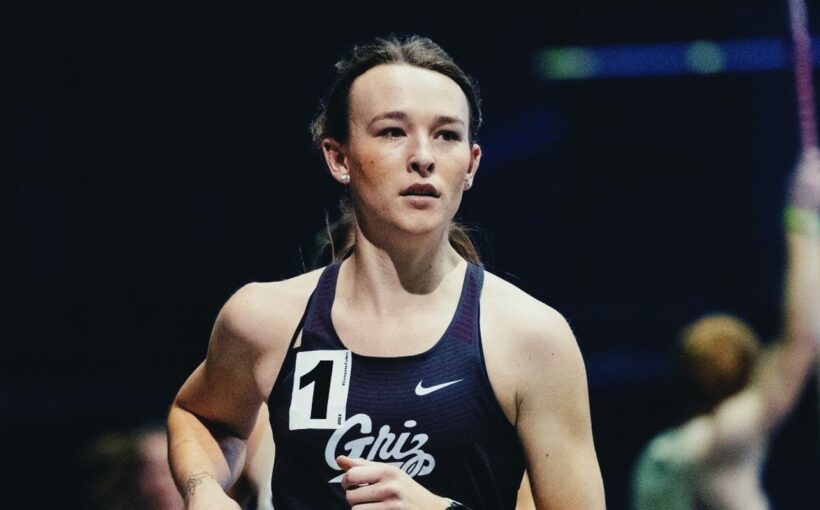 Former University of Montana runner Juniper "June" Eastwood ran a 1500-meter time in three minutes and fifty-one seconds before she transitioned as a transgender woman. The women's world record is 3:55 by Romania's Paula Ivan in 1988.

Eastwood said she wants people to know that as part of her journey as a trans woman, she followed Montana's state rules for transitioning athletes and cares deeply about participating in sports in a way that's fair and transparent.

In 2019, Eastwood became the first Division I transgender cross-country runner. As a successful trans athlete, her presence on the track is transcendent. And the spirit she brings to her sport has little to do with a desire to dominate her peers. It's bigger than that.

Eastwood's trans identity saved her own life from suicide and the demons of gender dysphoria.

She had to sit out a year and take hormone and testosterone blockers as part of her transition to adhere to NCAA rules. As a result, her 1500-meter time dropped by more than 30 seconds – down to around 4:24.

"There's a gray area that gets lost because people see it in (black and white)– you're born a man or a woman. In reality, it's a life or death issue for (transitioning) transgender women who have a sport as their sanctuary through dark times," Eastwood told USA TODAY Sports. “It becomes, quit the sport that’s saved you or keep competing  but be open to scorn."

The overarching inability of seeing that the gray area is was further exacerbated by 69 proposed bills in 34 U.S. states that have been deemed discriminatory by LGBTQ advocacy support groups.

Science has taken a backseat to a political civil war in high school sports, LGBTQ rights experts say. According to the American Civil Liberties Union, seven states — Arkansas, Florida, Idaho, Mississippi, Montana, Tennessee and West Virginia — have signed bills into law that do not allow transgender girls women to compete in high school athletics regardless of hormone therapy; athletes must compete according to the sex they were assigned at birth. assigned a gender at birth to compete in that division.

Joanna Harper, physicist and researcher at Loughborough University in London, has been an adviser to the International Olympic Committee on transgender inclusion. She said the bills neglect the science that outlines how a proper transition (and one year off the sport) can assure fairness at the high school level, as has been administered at the NCAA college level for the past decade.

Her research published in the British Journal of Sports Medicine in March show that hemoglobin levels in transgender women fall to levels in line with cisgender women in the space of three to four months on average.

"What we have is transgender female athletes taking drugs to be fair and limit their ability, it's sort of the opposite of an athlete who takes (steroids) to be unfair," said Harper, who transitioned from male to female in 2004 and has experienced the changes in athletic ability firsthand.

"There isn't much of an issue before puberty with boys and girls but if we have a successful trans girl who was successful in boys sports before puberty, then goes into girls sports before hormone therapy, their performance would be world-beating. That isn't fair. But that's not what is being proposed. Since every state education system rules its own state, that's resulted in every state seeming to have a different policy," Harper said.

Mack Beggs, a trans man, drew national attention in 2018 when he became the Texas State Champion in girls' wrestling. He wanted to compete in boys wrestling, but the state's University Interscholastic League  wouldn't allow him because he was assigned female at birth. He had taken testosterone enhancers initially when transitioning from female to male but then opted to take hormone blockers to offset the unfair testosterone. Parents and fellow athletes protested.

"What these laws are doing is pushing transgender athletes back into the closet," Beggs said. "I try to understand the other side but the main case is 'we're trying to protect our children.' That's an unrealistic fear."

"As transgender athletes, we're not trying to compete where it's unfair," said Eastwood, the Montana high school boys cross country class A state champion in 2014. "But this doesn't become an issue unless we're winning. I wanted to win fairly but compete in the sport I love as who I really am."

Cyd Zeigler, co-founder of Outsports, said the extremism of out-right bans has a dangerous connotation for a disenfranchised group at a young age.