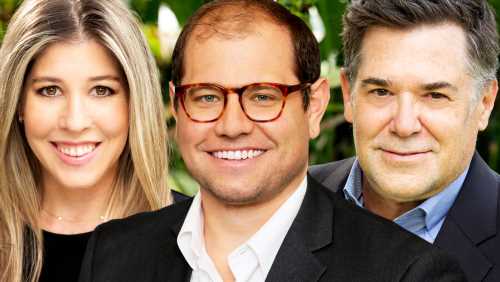 “With the addition of Dave, we are fortunate to continue our team’s growth with another highly accomplished and well-respected leader joining an already incredible team of executives, including Joey and Kimberly – both of whom continue to exemplify ultimate professionalism and who are held in high regard within ITV and throughout the industry,” said Maigret.

Previously, Macesich worked for more than 20 years at Showtime Networks as SVP Finance, where he was responsible for all financial aspects of Showtime’s theatrical, scripted, unscripted and sports programming. Most recently, he was an independent consultant focused on finance and strategy in media and tech. He is a veteran of the U.S. Air Force.

Kern joined the company in 2019 to manage, initiate and supervise aspects of series production, facilitating communication between productions and the studio and network, manage schedules and oversee the financial well-being of the productions. Kern previously had the same title at IFC after serving as manager of production at IFC and VH1.

Rosenblum joined the company in 2019. She serves as a negotiator, handling deals with writers, producers, performers, directors, co-production entities and more and oversees a number of productions for ITV Studios America’s ever-growing slate of scripted programming. She previously spent four plus years working as an Associate for Weintraub Tobin Chediak Coleman Grodin Law Corporation.